Tarot Explained: What are the Court Cards?

Court Cards in Tarot can be really tricky to interpret when they show up in a reading, as their meanings can be so varied. Often they refer to specific people in your life. But they could just as easily represent an overarching force, a situation, or a message. 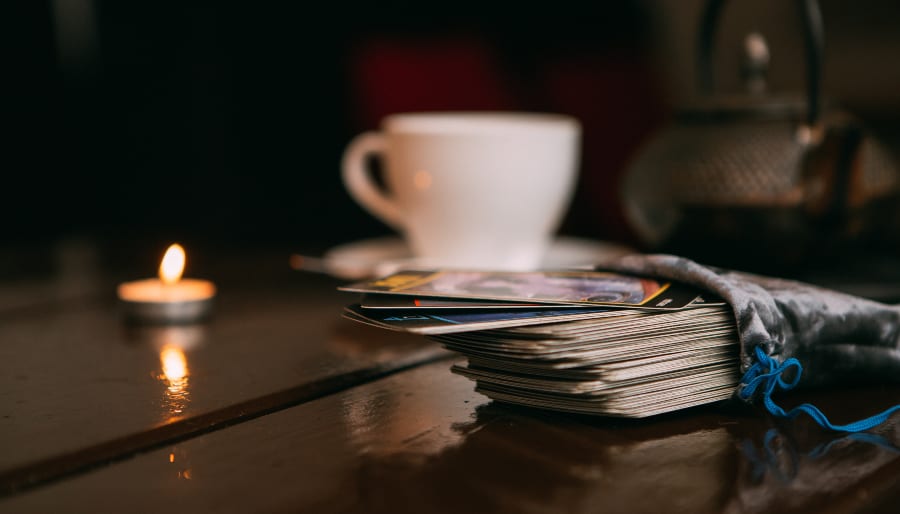 What are the Court Cards?

The Tarot deck is made up of the Major Arcana, and the Minor Arcana.

You can read more about the suits by following these links:

Of all the Court Cards, Kings are the most mature, expressed and fully developed aspect of a suit in the Tarot.

These Tarot cards usually represent the peak of success and understanding that can be achieved within a suit. If you consider that the cards from Ace (the beginning) through to the 10, Page, Knight, Queen and King represent a journey, then the King is a little like the final destination. It stands for accomplishment, mastery and wealth (be that experience, intellect, or financial).

Their energy is usually stable, accomplished and has an element of being the provider for others. They’re capable and hold a good deal of wisdom and maturity.

These Tarot cards often symbolize older males – those who are in control or have a managerial or directive role.

Queens tend to represent the dominant, or most highly expressed feminine counterpart in their suit. This means that they reveal strength, grace, and mastery. Yet unlike the Kings, who tend to exert more controlling energy, Queens are nurturing and more subtle in their power.

These Tarot cards are the sustainers. They hold space and are the keepers of sustenance (both physical and emotional) and ongoing fertility. Far from being soft and gentle (though they can be this too) Queens represent order, efficiency, and composure. Like a towering maternal figure who keeps her home running like clockwork.

Queens maintain the highest of standards!

When symbolizing real people, Queens often refer to middle-aged women though in a reading, a Queen may be drawn to represent the feminine qualities of a man.

Within the royal order of the Tarot, Knights are either the messengers or the defenders.

They represent action, movement, and change. Yet without the experience of either the King or Queen, these Tarot cards tend to exemplify extremes behavior. As such, Knights can represent impulse, initiation, enthusiasm, advantage, and determination.

Their appearance in a reading can indicate either highly positive or highly negative results. As such, they can be signs of encouragement or signs of warning.

Knights often represent adults aged between around 20 and 35 and can be either male or female.

The most youthful of the Court Cards, Pages in the Tarot represent energy which is young, fresh and inexperienced.

They may symbolize a person or the general sense of a situation. They often have things to learn, and skills to develop, but their approach is enthusiastic and youthful.

In a Tarot reading, Pages may also represent messengers, bringing news or opportunities. They can shed light on new ideas, or entering into a new phase of life.

As well as this, Pages can represent children and young adults. Remember that this Tarot card meaning may also refer to personality traits of youthfulness!

Are you interested in the Cards of the Major Arcana?