On Saturday 26 November 1977 a very important message was delivered to the world. Andrew Gardner was presenting the early-evening news on Southern TV when all of a sudden the TV picture went wavy, followed by a strange buzzing noise and then a distorted voice.

A representative of the Ashtar Galactic Command called Vrillon made himself known. After nearly 6 minutes, the interruption stopped and transmissions returned to normal.

The incident was reported by ITN and Southern Television apologized for what it described as “a breakthrough in sound”.

Here is a transcript of what Vrillon said.

“This is the voice of Vrillon, a representative of the Ashtar Galactic Command, speaking to you. For many years you have seen us as lights in the skies. We speak to you now in peace and wisdom as we have done to your brothers and sisters all over this, your planet Earth. We come to warn you of the destiny of your race and your world so that you may communicate to your fellow beings the course you must take to avoid the disaster which threatens your world and the beings on our worlds around you. This is in order that you may share in the great awakening, as the planet passes into the New Age of Aquarius. The New Age can be a time of great peace and evolution for your race, but only if your rulers are made aware of the evil forces that can overshadow their judgments. Be still now and listen, for your chance may not come again. 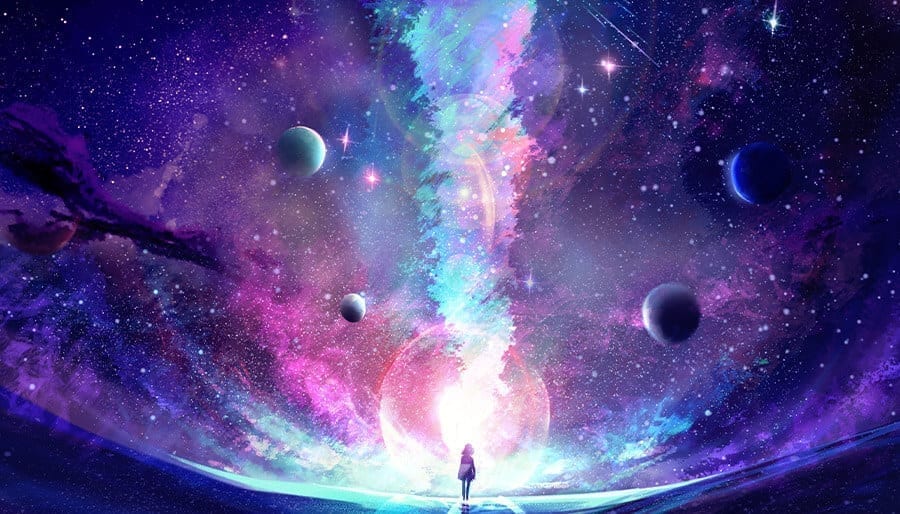 All your weapons of evil must be removed. The time for conflict is now past and the race of which you are a part may proceed to the higher stages of its evolution if you show yourselves worthy to do this. You have but a short time to learn to live together in peace and goodwill. Small groups all over the planet are learning this, and exist to pass on the light of the dawning New Age to you all. You are free to accept or reject their teachings, but only those who learn to live in peace will pass to the higher realms of spiritual evolution.

Hear now the voice of Vrillon, a representative of the Ashtar Galactic Command, speaking to you. Be aware also that there are many false prophets and guides at present operating on your world. They will suck your energy from you – the energy you call money and will put it to evil ends and give you worthless dross in return. Your inner divine self will protect you from this. You must learn to be sensitive to the voice within that can tell you what is the truth, and what is confusion, chaos and untruth. Learn to listen to the voice of truth which is within you and you will lead yourselves onto the path of evolution.

This is our message to our dear friends. We have watched you growing for many years as you too have watched our lights in your skies. You know now that we are here, and that there are more beings on and around your Earth than your scientists admit. We are deeply concerned about you and your path towards the light and will do all we can to help you. Have no fear, seek only to know yourselves, and live in harmony with the ways of your planet Earth.

We here at the Ashtar Galactic Command thank you for your attention. We are now leaving the planes of your existence. May you be blessed by the supreme love and truth of the cosmos.”

The Ashtar Command is an etheric group of extraterrestrials, angels and light beings and millions of “starships” working as coordinators of the activities of the space fleet over the western hemisphere. They are here to assist Earth and humanity through the current cycle of planetary cleansing, polar realignment and ascension into the fifth dimension.

The ascended master who walked the Earth incarnated as Jesus or Yeshua offers the fleet spiritual guidance. His ancient soul name is Sananda. Ashtar, the commander of the galactic fleet and representative for the Universal Council of the Confederation of Planets, is also engaged in Earth’s ascension process.

Here are 12 things that you need to know in 2020 about The Ashtar Command.

These enlightened beings serve the Most Radiant One (the Christ) in his mission of love. They work in coordination with the legions of Michael, Uriel, Jophiel, Gabriel and the 70 Brotherhoods of Light that are weaving the Divine Plan.

They rebalance and observe the planetary grid systems and serve as protectors of this universal sector. Different fleets within the Command specialise in a variety of research studies including spiritual education, ascension, communication, media, artistic expression and healing.

The activation of the 144,000 ascended masters (referred to as Eagles within the Command) who are a group of volunteers is of tantamount importance during 2020. These Starseeds have incarnated through the interstellar Councils of Light and are on a very special mission on earth.

They have thousands of Earth-based and Earth-born representatives here as volunteers to assist with the planetary ascension. They come in the form of commanders, walk-ins and embodied rays of some of the commanders who function often from oversoul levels.

Their awakening is crucial to the transition of the planet. Hence, they and our earth-based representatives are here to facilitate the awakening of the Eagles and other Light servers. This mission operates through the Elohim, the Councils of Orion, the Great Central Sun hierarchy and Order of Melchizedek.

One God Of Love

They announce that there is one “only begotten Son of God,” as pure unconditional love extended throughout creation. The Lord God of the highest positive realms of spirit created and extended only love.

This Son of God exists as a state of divine consciousness or Christhood exemplified by divine embodiments such as Jesus, Sananda, Krishna and others.

There Is No Separation

They teach us that there is no separation between us and God. We are rays of God Source and have the divine function of extending God’s love throughout the cosmos. Duality is the biggest lie and the root cause of all fear, negativity and ignorance. The ego will always keep us separate as it is an illusion.

The Ashtar practice the one true religion of unconditional love. Their aim is to inspire faith and trust in the One Source and in the divine purpose and plan.

They are universal ambassadors of peace. Their spaceships have no defence systems as their dedication to complete harmlessness in words, thoughts and actions serve as its own protection. They promote unity, harmony and the peaceful co-existence of all.

They view us as one inherently divine race of humanity and honour our great diversity. They love us unconditionally and hold the vision of Earth and its humanity as living joyous, free and abundant existences.

Their major teaching and message is spiritual, focusing upon the recognition, realisation and embodying of the divine self. This is achieved by learning to vibrate at only the highest levels of pure love and light. They also continue this theme at a cosmic level.

Do Not Implant, Abduct Or Manipulate

There are various extraterrestrial civilizations watching our planet during its ascension. These include fascinated observers, genetic scientists collecting information and others from lower vibrational frequencies.

Any being that offers energies of fear, depression or coercion is not aligned with the Ashtar Command as they are not involved in abduction, implantation, manipulation, intimidation or any type of mental control.

The Ashtar Command abide strictly within Confederation policy of noninterference with free will. While they may highlight the consequences of some of our decisions, they allow us to operate our lives and planets as we choose.

The only exception would be if our actions could impact on Earth’s survival or affect the rest of the solar system. They always respond to our specific requests for help.

They communicate through tele-thought transmissions or telepathic communication. Their transmissions often sound like ringing tones, Morse code in your ears or head, or even like your own thoughts.

They also communicate through a language of light that can appear as pictograms within your mind, which you then interpret and express in your own unique style.

You may be placed within a transmission beam so you can receive messages from directly from them to your computer or pen and paper. They will only offer their guidance to you if you sincerely desire to deliver their loving messages.

Their starships can not be seen to you unless you raise your frequency to match theirs. By raising or lowering their vibrations they can seem to appear or disappear. They are not limited by time, space, distance or size. They can appear as a tiny spark, a glowing bubble, a form as large as a skyscraper or in a city-sized mothership!

Their starships are called Merkabah which are Lightbody vehicles of great beauty. Occasionally their starships partially densify so as to appear as stationary cloud formations or as a rainbow shimmer.

The Ashtar Command can also transmute into third or forth dimension forms. Appearing like luminescent, coloured stars or appear as flying disks. Their ships are always radiate with a friendly, peaceful aura. They also send us messages of love and wisdom via the immense beauty and sacred geometry of crop circles.

Please leave a few comments to let me know if you have received messages through from The Ashtar Command and what loving guidance they have offered you during 2020.