Do You Belong To This Intergalactic Star System? Here are 11 Signs You Have A Hyadian Starseed Soul!

The History of the Hyadian Starseeds

Aldebaran is also called Ashtari and is often believed to be the planet of the Anunnaki although some say their home planet is also Nibiru. It is the brightest star in the Hyades. It is a giant red star in the constellation of Taurus with a diameter 44 times that of the Sun. It appears to follow the Pleiades through the night sky.

It is positioned as the eye of the Bull and is often called the Eye of Revelation. Astronomers and cosmologists refer to it as the Eastern Royal Star which is one of the four Royal Stars known as the sentinels guarding other stars.

Hyades is in Taurus, but some say that Taurus is not a bull at all. The freemasons believed it was a hand and knew how it pointed 33 degrees on the bottom of the cluster.

Aldebaran is also known as the Buddha’s star, the Star of Illumination and God’s Eye. It has been used as a form of navigation for centuries and is connected with the spirits of rain and the fertility of the earth by many cultures.

It has been spiritually recognized for its alignment with divinity. The Family of Michael is Violet and Blue Ray descendants of the First Order founder ray of the Melchizedek Elohim grail line. As one of the four Royal Fixed stars, it is a part of the guardian consciousness and holds the ARC portal system which allows many races to enter and leave the earth matrix.

Aldebaran has a militant, warrior, protector, hero kind of vibe and for a deep angelic reason. Aldebaran is said to be the celestial influence and true guiding radial light to Archangel Michael.

Having Aldebaran in any planetary position would mean that Archangel Michael incarnated within you and will be within the mythology of your every heartbeat in this incarnation. This is your guiding angel in the angelic kingdom of source self.

A Royal fixed star in your chart signifies and gives akashic clues to a Royalty grail line. Those with these markers will more than likely have more soul genetic encoding and descended grail line cellular memory of the Melchizedek lineage.

This is the original grail to the true Yeshua, Jesus Christ, Sananda, and King of Solomon lineage.

The Hyadians are at the intergalactic epic center of many of the races, as they stop there in between their travels. It is full of many different beings, but the original race is feline. They are beautiful white lions, that are humanoid in that they stand up on two legs and have hands.

Their bodies are still lion-like, in the stature, but their spines are longer and straighter. They are majestic. Many said the Lyrans were white in the coloring, but this is a misconception, the Hyadian race of elders, who sometimes visit Lyra and work from there with the other feline beings.

But, the Lyrans are golden in fur and tone. The Hyadians have white fur, wearing long robes, and some of the elders with wings.

These kind beings are compassionate, only getting upset if their loved ones were being attacked.

CHECK OUT: 12 Signs You’re a Starseed & What It Means For You

Hyadian Starseeds are giving, people pleasers and are unlikely to let anyone down. No matter how many times they are treated badly by others they keep continue to help and heal. They are able to analyze and see flaws but because they are so loving and loyal, they never give up. Like a lion, their charisma is infectious so be prepared to have swooned.

CHECK OUT: 14 Hidden SIGNS That Prove You Have An Arcturian Starseed Soul

The Hyadian’s in the Angelic realms and in Starseed form share the same vision. Their main goal is to be happy, peaceful and enjoy the old natural ways of being. Many choose to live in the ancient past as they prefer the more simplistic methods of yesteryear.

RELATED POST: Are You A Secret Sirian Starseed? 9 Ways To Tell If You’re From Another Planet!

Many Hyadian Starseeds will have memories of past lives of specific timelines such as the Victorian or Medieval era. Some will have flashbacks of lives as far back as Atlantis. 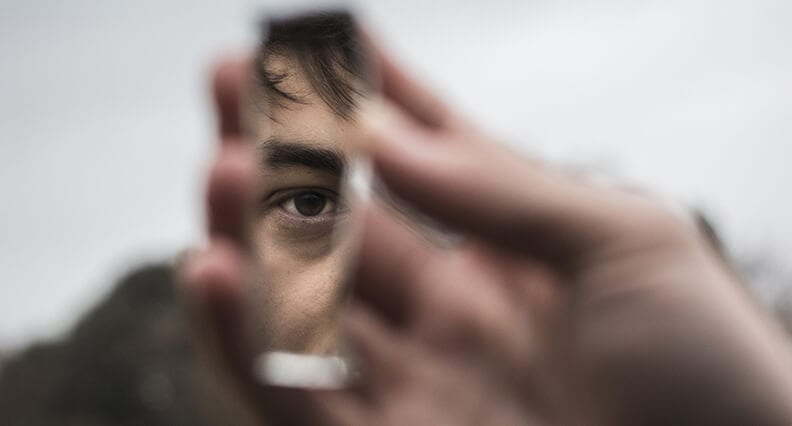 Souls that incarnated from Hyades are very musical, poetic and enjoy the art of dance. They seek deep meaning in their experiences and can be prone to over-dramatizing emotional scenarios. If they attracted heartache, it can destroy their inner peace so they will seek out another suitable partner immediately to alleviate the pain. They have a yearning to feel illuminated with love.

SEE ALSO: 10 Personality Traits You Didn’t Know Made You A Pleiadian Starseed

These loving Starseeds are both of the mind and the heart. They align with thinking and feeling and have enhanced intuition and logic. They may begin by processing experiences with their minds but ultimately make the final decisions from their heart centers because they are prone to seeing life from the perspective of the external other.

READ: Are You A Vegan Starseed? 9 Telltale Signs You Hail From This Star System!

If your soul is of Aldebaran origin, this would align you to the Blue Flame/Ray and Violet Flame/ Ray of the Elohim. Aldebaran is Vision Holder for the Starseed mission on Earth, defining what emissaries of light can best accomplish to serve humanity through an evolutionary transition.

They were taught high wisdom and want to teach others the proper use of this knowledge and not in the dark way that the Masons and Illuminati initiate use it. Instead, they teach through angelic channeling.

SEE ALSO: Do You Originate From the Galaxy’s Most Significant Constellation? 9 Signs You’re an Orion Starseed!

The Hyadian Starseeds hold the vision for global leaders and world servers, inspiring the administrative planning of world affairs. This includes the physical logistics and a global infrastructure designed to support humanity through evolutionary unfoldment and global change.

If you have this soul origin, you may feel that throughout the course of your life that you are constantly presented with situations that are going to test your moral values and your integrity. It’s very important for you to uphold the truth of your soul, your values and your ethics. Otherwise, if you lose this sense of integrity you may lose a part of yourself.

Since you have such amazing morals and principles you are seen as an Angel of Justice. You possess a warrior spirit and an energy that wants to fight for a worthy cause.

Remember that Aldebaran is the star that has the power to grow, the ability to rise, and the potential to be materialistically successful.

Do you identify with any of these 11 traits? Let us know in the comments below!