Election Day has come and gone in the United States, and Barak Obama, the incumbent President, has been handed the mandate to lead the American Government for 4 more years.

In the previous blog on Election Day, I mentioned that….

“On Election Day, the natural harmony between 6 (day) and 9 (month) will be a source of happiness for many people, but it will represent an ending for others. Those who have been following the negative aspects of the 7 by working in a deceptive or controlling way are likely to suffer. Many illusions will be shattered and either move the people of the nation toward more cohesive and uplifting goals and ideals, or deepen the divide between the citizens of the country.”

How the Number 7 has made an impact

In the comments given by the most powerful Republican in the House of Representatives, he mentioned that both parties need to work together in order to make progress, which is a rare thing for him. Many of the most extreme representatives of the “grand old party” were voted out, and others are threatened by public sentiment. Divisive thinking still exists in Washington, but I believe it is mostly because of the nature of the 7 year, which represents, politically speaking, a “never the twain shall meet” situation in terms of domestic, economic and foreign policy.

But we need to remember that the number 7 represents not just the divide between the spiritual and the material approaches to life, but offers true, all-encompassing wisdom as the product of their union.

The Power of the Number 4

The President’s speech, acknowledging his election, was about how people benefit from coming together, a perfect example of the LifePath 2 (born August 4th, 1961 which he bears. A number of interesting Numerological facts show an amazing convergence having to do with Mr. Obama’s presidency (his birthday number is 4, as is that of the United States), and the power of 4 in American history. 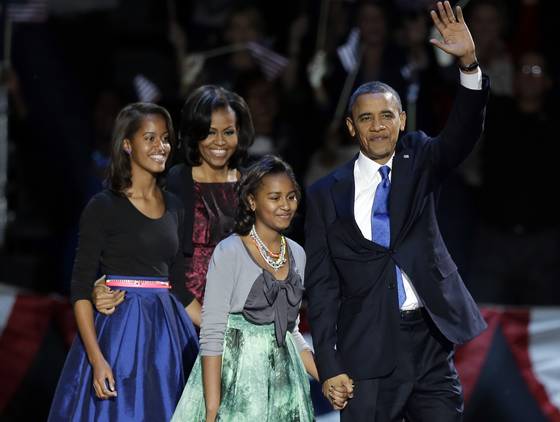 Interesting FACTS on the Number 4 Throughout History

The Wheels of Destiny are in Motion

I could continue on with the list of key events in the United States connected with the number 4; but I wanted to make the point that this kind of convergence evokes the feeling that the wheels of destiny are in motion, as well as showing how the Birthday Number is always of importance in one’s affairs.

There were a few problems with the process of voting, but they were resolved quickly. Voting took place on a “6” day, which happened to be the universal day, as well as the personal day for the US. Six is often called the “love number”, and is associated with the harmony-bearing planet Venus. Although fanatics and computer problems tried to interfere with the will of the people to some degree, the issues were dealt with and overcome. Maybe this is a good sign that the US is headed not only into an economic recovery, but a spiritual recovery as well.