What People Are Doing To Prepare For The 2012 Doomsday 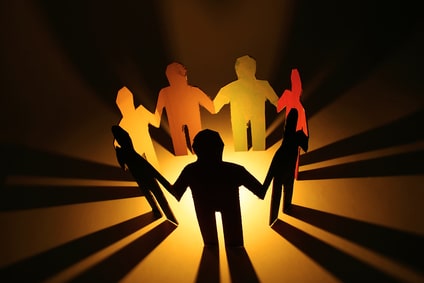 What if someone were to tell you the world is about to end in the most horrific manner precisely on Friday, December 21st this year? What if that someone were an ancient civilization whose predictions of earlier catastrophes have been on the nose so far? This is what a number of people around the world are contemplating right now…2012 Doomsday. To be precise, many people are addressing this prophesied apocalypse in a myriad of ways.

According to Mayan scripture, on December 21, 2012 (Friday), the Sun will be in perfect alignment with the center of the Milky Way, a phenomenon said to occur only every 26,000 years. This monumental alignment is said to bring about the 2012 doomsday. Experts and believers predict that cosmic collisions, solar flares, a global environmental disaster of catastrophic proportions, and many other fearsome events are said to bring an end to the world. The Mayan prediction becomes even more plausible as several other civilizations have echoed their prophecy, along with the revered Nostradamus. It seems that the prevailing consensus is that the year 2012 will bring the end of time. Whether it will continue to exist — without the current population — or give birth to another era or cycle is up for dispute.

Amid the debates raging over the validity of the 2012 apocalypse, some people are actually taking steps to prepare for this traumatic change in time. There are some Americans buying up every survival guide they can get their hands on and building nuclear- or asteroid-proof bunkers. Thousands of well-to-do Americans are said to be booking places around Europe and spending large sums of money on luxury bunkers.

Then there are those who believe that a certain place in the planet will be protected from all the cataclysmic events on December 21, 2012. The tiny French town of Bugarach in the Pyrenees is now home to 200 people sharing this common belief. They believe that the magnetic force of a mountain called Pic de Bugarach will shield them from the impending doom of 2012.

While not everyone is convinced of the 2012 end-of-days, there is a global agreement over the current dire situation. You don’t need to be an expert or a scholar to realize that the world is at a tipping point — from the economy to climate systems, from food production to water issues, from religious uproars to political chaos. In other words, bad things are already happening. The sensible action is to bring about positive change… today. However you can. Even small actions have ripple effects and as we have seen throughout history, one person can make significant differences and help to create a better world.