Reading Your Future – Is it Possible? 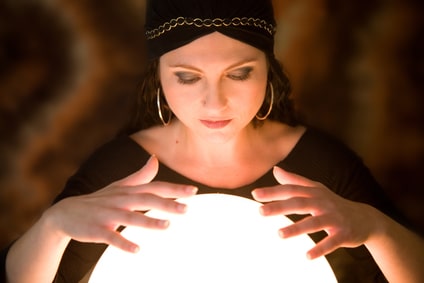 Life would be so much easier to prepare for if you knew what would happen next, but that is not the case at all. Often, life throws surprising situations that you just have to accommodate and deal with the best way you can. Unfortunately, this is not the usual reaction that people have. More often than not, people linger a long time in a situation that they feel they have no control over, growing more frustrated with every failed attempt to rise above and move on. Anyhow, is reading your future even possible?

You may have encountered certain people in your life who claim to get this sense of foreboding frequently. For women, this is often referred to as intuition; it’s an inherent element that allows them to sense if something’s not right or likely to turn out the way their gut predicted. It’s that “I knew it!” factor that men are often bewildered at. Well, having intuition may not exactly be reading into the future, but some claim it to be one of the fundamentals of doing so.

There are groups of people who specialize in reading people’s future. Remember the fourth Harry Potter book where fourth year students at Hogwarts were introduced to the Divination class of Professor Sibyll Trelawney? The students were made to interpret the formation of tea leaves, a method, which is largely a traditional and visual way of reading the future. Of course, everybody knows the power of the crystal ball and how it conjures images that depict future happenings. Regular playing cards and tarot cards are often used as well with the tarot cards providing more explicit symbolisms. Reading the stars is another way; in Harry Potter, centaurs were adept at it and even revealed the darkness waiting to take over the wizarding world… And there are some “special” people, who claim to have connections with supernatural forces that impress upon them the things that are likely to take place; they’re called seers. In the old testament of the Bible, seers were often mentioned. It’s important to state however that seers are not the same as prophets; Nostradamus insisted he was a seer and not a prophet.

To answer the question, is reading your future possible – it is, claim divination practitioners. You have to believe it though and rid yourself of any form of doubt. Otherwise, you would be likely to condition yourself to challenge the information set before you.