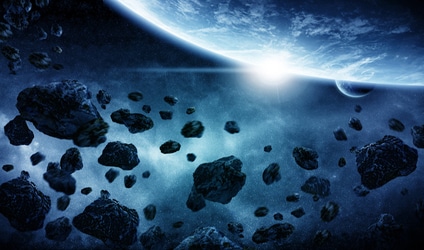 Oceans will rise, cities will fall, and all will go up in flames. Is that how life, as we know it, will end? Since time immemorial, people have speculated on the possibilities of the world ending within their lifetime, and how, if it were possible, one could escape such a frightening fate. Hollywood films have depicted people hiding high up in the mountains, blowing up meteors on a collision course with the Earth, or escaping into high-technology versions of Noah’s ark with a privileged few other people and teams of scientists who can ensure that human life will continue to prevail after a cataclysmic event. The 2012 end of world, is it true?

These apocalyptic film versions of the world’s end may leave a viewer either slightly uneasy or entirely skeptical. The debate among astronomers, spiritual leaders, and end-of-the-world theorists has been going on for decades, but if one will choose to look at the matter from a purely scientific perspective, it would be found that there’s no reason to panic just yet. The National Geographic website as well as scientists from the National Aeronautics and Space Administration (NASA) shed light on a number of theories that point to humanity’s disastrous 2012 end — world leaders, Internet apocalypse writers, and fearful citizens alike have nothing to fear, apparently, as none of the prevailing predictions of gloom and doom for this particular year have any hard facts to back them up at all.

The prediction that the world will end on December 21, 2012 because that date is the end of a 5,125-year-long cycle in the Mesoamerican Long Count calendar, scientists say, is false. People are advised to view the Mayan calendar the same way you would look at the calendar on your kitchen wall; it wouldn’t cease to exist after December 31 — it would start again as January 1. The cycle would simply start over.

Theories about a wayward planet set to crash into the Earth in 2012 are described by NASA scientists as an Internet hoax. If the planet called Nibiru or Planet X truly were headed straight for Earth, scientists would have seen it and been tracking its progress for several years now. The same answer applies with the belief that a meteor will hit the Earth; there are no threatening comets, meteors, or asteroids foreseen to cause destruction to the planet in 2012.

As for the polar shift theory (wherein the Earth’s rotation experiences a 180-degree reversal, causing the Earth’s crust — and essentially the continents — to shift), experts say that a magnetic reversal is unlikely to happen in the next few millennia, and any minor reversals that do occur from time to time do not cause any harm to life forms on Earth.

There are many other speculations on how the Earth may meet its end, but they remain just that: speculations. For now, scientists assure us that there is no evidence of any reasonable cause for concern.