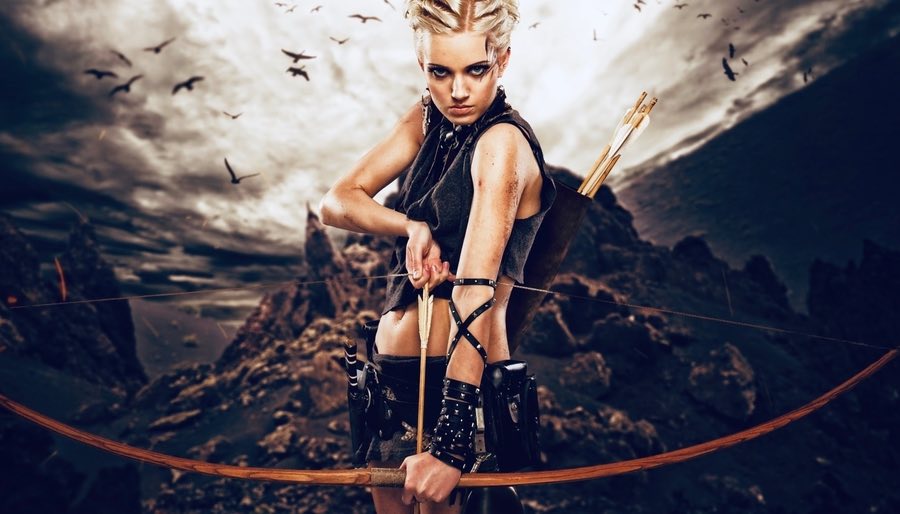 Sagittarius seeks, pushes and breaks through boundaries, on an endless quest to uncover the core, crux and essence of truth. But its search isn’t a soulless one – the Sagittarian quest is an adventure. An expansion. An exploration of endless, sensational, flame-licking pleasure.

This sign’s always the last to leave the party.

New Moon in Sagittarius – Your Initiation into the Next 12 Months

December 6th (or 7th, depending on where in the world you live) sees a New Moon at 15° of mutable, fire-sign Sag. Exact at 23:20 PT on the 6th, or 07:20 GMT on the 7th, this is the first New Moon since Jupiter – the plucky planet of luck and expansion – moved into its home sign of Sagittarius a whole month ago. We’ve been cruising, enjoying the wide-winged soar of this planetary transit – this perfect combination of home-territory confidence and horizons as far as the eye can see – since November 9th, when Jupiter moved on from Capricorn, for a 13 month-long foray in the sign of the centaur.

Now this New Moon serves as our initiation.

Making a wide (but still notable) conjunction to Jupiter at 6°, these three luminaries here, together are creating a seed-bed of opportunity.

New Moons always symbolize new beginnings. Opportunities to start over, take a new direction or try something completely different. Under Sagittarius “different” takes on a whole new meaning. This New Moon encourages us to see life through a wholly Sagittarian lens – to see beyond our limitations, look over our borders and believe outside of the confines of our perception. The best can only come from what, at first, seems impossible.

Another fan to the flame of this incredible New Moon is a tight square between Sun & Moon and Mars & Neptune, who, at the time of this lunation are both sitting at 15° of Pisces. Together, the fantastical, esoteric and spiritually-minded Neptune, and the red-hot god of war Mars form a potent force. The warrior becomes conscious. The dream gets angry. And under the spell of the New Moon in Sag, we all feel the same urge to fight the good fight.

And fighting there is…

With Saturn, Pluto and the South Node currently transiting Structured Capricorn, Sag’s neighbor on the wheel of the zodiac, it’s no surprise that a lot of people are feeling something to push against. Issues of authority and state, walls and borders have been circulating, undulating, rearing up into manifested form for some time now. As Pluto shows us our shadows, Saturn moves in to legitimize. And the South Node – the point of our collective past – carries with it the karmic lessons we cannot yet let go of.

But here’s a heads up – these Capricornian themes are only just beginning. 2019 will see them mature, strengthen and rule OR come home to roost… the choice is yours. It begins now.

SO under not only the watchful eye of giant Jupiter but its enormous power to amplify whatever it touches, set intentions for collective change.

This is too good an opportunity to pass up.

This New Moon gives birth to the second in a group of 5 Full Moons which will be full at just 0° of their sign. In two weeks, this Moon will peak in its cycle, at 0° of Cancer – a critical degree. The critical degrees of any sign are where beginnings and endings occur – they’re like portals to change. So what you commit to now, at its origin, WILL affect what comes next.

It’s easy to roll with the cycles, pay them a little attention but not wholeheartedly participate in their rhythms. Life’s busy enough. But this is one New Moon that is pleading for you to show up and attend the party.  Sagittarius takes risks, it doesn’t know how it’ll finish, but somehow, it always ends well under this sign. And with Jupiter home, there’s no question.

Set an intention. State an aim. Get out of your head, your ego, and your pre-Christmas present-picking brain. Let Sagittarius expand your sense of potential.

And maybe it’s not all about the destination – blink and you may miss your arrival, so focus instead on making changes, here and now. What could you do and be differently?

Such an abundance of earthy, Capricorn soil beneath our feet for the next 12 months means roots can and will be drawn down easily, so choose what you let grow. Be conscious of your vision. Don’t be spoon-fed somebody else’s.

Mars is still a main player here. But tempered by the soothing sweetness of subconscious Neptune, you get to lead its assertive charge with Spirit. Setting New Moon intentions isn’t just about the words – to affect any change in the world, action’s required, and inspired action is where it’s at.

Sagittarian energy is mutable – it acts, flexes and adapts so you must too. This New Moon is a launch pad. If you have been waiting for the right time to spread your wings, it’s now. How far are you willing to go, to turn this world into the one we all dream of?

Share with the community and let’s inspire each other to fly higher!