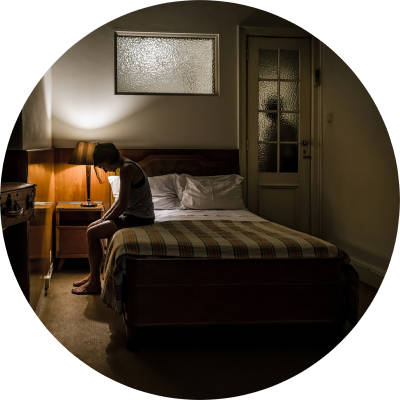 My client Sara was beyond frustrated. “Why do I keep attracting unavailable men?” she demanded. “I don’t understand. They say they want a relationship, but they run away.”

I connected with her spirit guides, and got a message I knew would probably frustrate her more, but my job is to give people the messages I get. Very gently, I said, “Sara… the message I’m getting from your guides is that you attract unavailable men because in some way, you are also unavailable.” She was quiet for almost 30 seconds.

“What do you mean?” she asked finally.

“It means that even though you long for deep intimacy and connection, you’re also afraid of it.” I began telling her the story of what happened to her, and to all of us growing up.

What Happens When You “Grow Up”

When you were born, you were totally innocent. You didn’t try to hide parts of your personality because you thought they wouldn’t be acceptable to others. You were 100% authentic. You reacted to your environment using the only tool you had — the emotions that rose up from your gut to be witnessed and heard so you could get your needs met.

When you became old enough to focus your attention, your parents, teachers, and other caregivers began to download into your mind “the rules” about what’s right, wrong, good or bad. They taught you about acceptable and unacceptable behavior. If you were crying or expressing anger, you were probably told to go to your room and not come out until you could be who they expected you to be.

Of course, your parents were doing the best they could, and they were doing to you what was done to them. It’s called “domestication,” and it’s inevitable when you come here as part of the human family. You are domesticated, which means being rewarded for “good” behavior, and punished or cast out from the group for “bad” behavior.

You may not remember, but it was very painful to be judged, rejected, and sent away from the family because of your expression of truth and emotion. You were being you, and you were shamed or rejected. 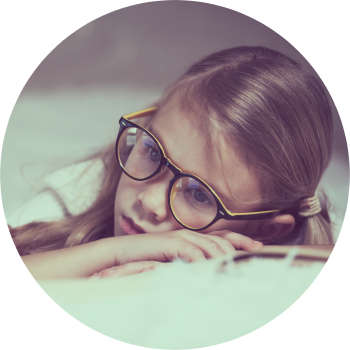 As children, we learn that when we let it all hang out, when we are completely being ourselves, we are judged, made wrong, and told to go away. We don’t have the capacity to realize that what’s being said isn’t personal or true. A child will believe absolutely anything her parents or other authority figures say about her, because they are the mirror through which she discovers herself. So if you were told that you were too sensitive, obnoxious, stupid, clumsy, or a pain in the neck, you believed it. Even if you had the most tolerant, loving parents, you probably received subtle messages that you had to change certain things about yourself to be accepted.

When you’re three years old, acceptance equals survival, and rejection confronts the possibility of death. You know on a primal level that if people decide to stop taking care of you, you’re going to die. So everything you do becomes about getting the acceptance and approval you need to thrive.

As you mature, you spend years trying to make up for, disown, or hide the flaws pointed out to you by caregivers, hoping no one else will perceive them in you.

We go into our adult lives believing that if we allow people to see us — I mean, really see who we are underneath the masks we wear — that they will see what our caregivers saw, and they’ll judge and reject us too.

One strategy of protecting yourself from such devastating rejection is by teaming up with other people who are afraid to be seen. When you meet a man or woman who’s unavailable, it’s attractive to the part of you who doesn’t want to risk being seen, because there is no risk. Nine times out of ten, a married man isn’t going to leave his marriage and focus all his attention on you, and there’s safety in that. Likewise, getting together with someone who has addictions to numb their pain feels safe, because they’re not present enough in the relationship to see you.

Make no mistake, this is truly one of the deepest fears you have — to be seen and known. Deep down, you may be afraid that those who see the real you will see the flaws your parents, teachers, or peers on the playground saw — if they look hard enough. This is why we don’t maintain eye contact with each other for more than a couple of seconds. Try looking into someone’s eyes silently for more than 10 seconds, and you might start to feel quite awkward. What you’re feeling is the fear of being seen and rejected. 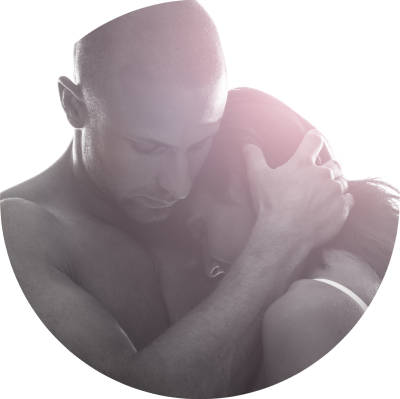 Real intimacy is allowing yourself to be seen.

If you know, deep in the core of your being, that you are worthy and okay just the way you are, and if you can lovingly accept everything about yourself, you will no longer be afraid of deep connection and intimacy. You’ll let other people see you. And you will then attract other people willing to risk being seen as well.

It takes courage to show up without the masks and strategies that kept you safe from the scrutiny of being visible for your whole life. It gets easier as you learn to love yourself. When your inner child knows that he is absolutely perfect, that he never did anything wrong, embarrassing, or stupid, but is instead normal and okay, you’ll be able to look someone in the eyes without wavering. You’ll be able to walk hand-in-hand with your beloved, through good times and challenging times, being yourself, looking awful when you’re sick, or being in a bad mood when you’re having a bad day, and you’ll be able to do it without fear.

Next time you find yourself in a relationship with an unavailable man or woman, ask yourself what you’ve been afraid to reveal to a partner. Are there any ways that you hide?

Once you have this awareness, there’s no going back. Our partners are mirrors reflecting back to us how we really feel about ourselves. If you love and accept yourself, you’ll attract someone who loves and accepts you, too. If you’re with someone who can’t commit, look for the fears that keep you from being visible. Tell your inner child that she is okay, that it’s safe to come out of her room where she’s been hiding all this time, and be seen.

Jessica McKay is an intuitive counselor and the author of The Wisdom of a Psychic Cat ~ 15 Lessons on Happiness for Humans. She is co-author of When Heaven Touches Earth by James Van Praagh and others. Jessica offers private readings and energy healing sessions at JessicaMcKay.com.