Are You One of the 0.01% of People Gifted With Psychokinesis? Here Are 5 Ways To Develop Your Ability!

By The Numerologist Team
Personal Development

Ever seen one of those spooky movies, where objects are thrown across the room by some paranormal phenomena? Or even worse, a lo-fi youtube video of some creepy, torch-lit, ghostly movements?

Yes, Poltergeist activity is a real thing! But it’s all too easy to confuse it with the phenomenon of psychokinesis. 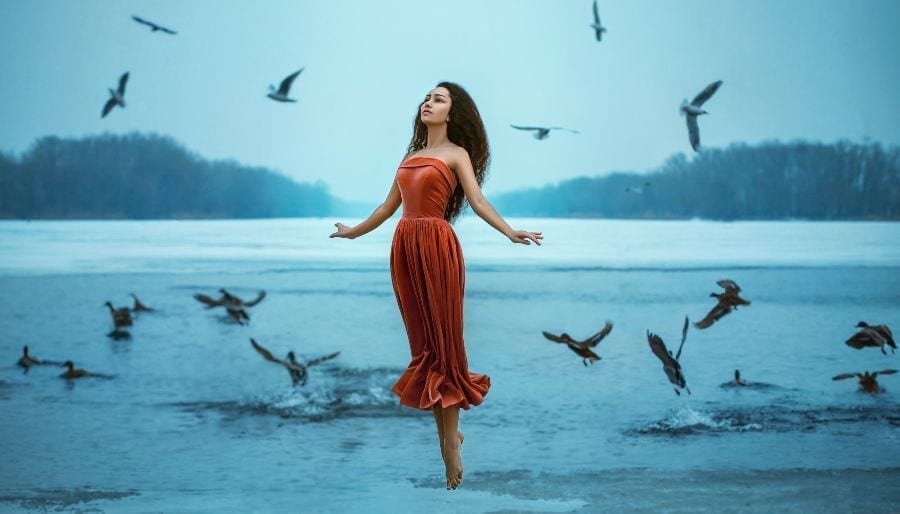 Defined as the ability to move physical objects by mental power alone, psychokinesis falls under the umbrella of all things extrasensory perception (read more about ESP here).

Undefinable by the scientific community, psychokinesis (PK) belongs in the realms of parapsychology. This means that it’s generally only studied outside of the mainstream by private institutions, hobbyists and parapsychology enthusiasts.

So there’s not a huge amount of evidence or research into the field.

In fact, most people dismiss psychokinesis as mere fakery or the stuff of sci-fi films. Google psychokinesis and most of the articles that come up top tend to be written by either skeptic or simply dictionary definitions. So what IS psychokinesis.. and more importantly, are you one of those rare people who actually have it?

What is Psychokinesis… or should that be Telekinesis?

Psychokinesis (also known as PK) is the ability to change the state or position of an object, using only the mind. Telekinesis is the same thing. In fact the terms are interchangeable.

You may have come across some famous folks who use their mind power to do dramatic things on TV.

Probably the most well known of all psychokinetic practitioners, Uri Geller is famous for his public spoon-bending. There’s still much debate as to whether the Israeli/British psychic is merely a conjurer who uses sleight of hand, or has bonafide psychokinetic abilities.

His work was most popular in the 1970s. At his peak, Geller would bend spoons in front of live audiences of hundreds of people, also encouraging them to do the same.

After reporting poltergeist-like activity in her home, it was discovered that Polish-born Tomczyk was actually the one controlling the psi phenomena in her home.

Her psychokinetic powers became easier to manage under hypnosis, and when filmed, tiny “threads” of light were seen to emanate from her fingers and palms.

Probably the most well know human to claim telekinesis is the Russian born Nina Kulagina. Rather than her telekinetic abilities creeping up on her unexpectedly, Kulagina worked to develop the power of her mind. Some of her demonstrations were caught on film, yet none were tested scientifically.

How do You know if YOU Have Psychokinesis?

First off, let’s be clear: It’s either going to be glaringly obvious that you have PK ability, or it’s not. But if it’s NOT a “Hell yeah!” then don’t count yourself out. You may actually have a latent or hidden ability, after all, that just needs to be work on, as Nina Kulagina did!

How to Develop Psychokinesis

Everyone has the potential for telekinesis! It’s simply a matter of practice and determination. Here are 5 ways to try:

The first step in opening up to the PK effect is simply allowing it to be a possibility. If there’s still a part of your mind that’s in doubt, it’s not going to work.

RELATED POST: 4 Simple Ways To Tune Into Your Intuition & Tap Into Your Ultimate Guidance System

Still your mind, and learn to focus.

This is the movement of tiny objects – matchsticks, beads, pieces of thread.

Unless you’re in that 0.01% category, you will NOT be able to move huge objects (or even middle-sized objects) with a psychokinetic effect. So start small. Very small.

4. Strengthen the connection between you and the object

Telekinesis is based on the premise that you and the object are one. Spend time visualizing the connection you have with the object you want to move. See cords of energy, or a field between you that takes up real, physical space.

RELATED POST: Are You Clairsentient? 6 Powerful Ways to Develop Your Unique Psychic Abilities!

5. SEE the movement before it happens

Practice seeing the physical object in front of you actually moving. See what you want to perceive.

RELATED POST: Are You Clairvoyant? Here Are 5 Ways To Awaken Your Psychic Ability?

Have YOU experienced psychokinesis? Are YOU in that 0.01%? Share your story with us in the comments below…

Everyone has dormant psychic powers within them! Discover how to make yours come alive…