What is Dowsing? Follow This Guide To Learn How To Harness This Ancient Method of Divination

Dowsing is an ancient method of divination.

Using specific tools, the dowser attempts to locate water, minerals, metals, oil, and a huge number of other materials or objects which are underground.

Dowsing does not use scientific methods or equipment. It’s not backed by any kind of scientific study at all, but… it works! It’s worked since ancient times, and it was used by our ancestors as a reliable way of sourcing valuable resources. 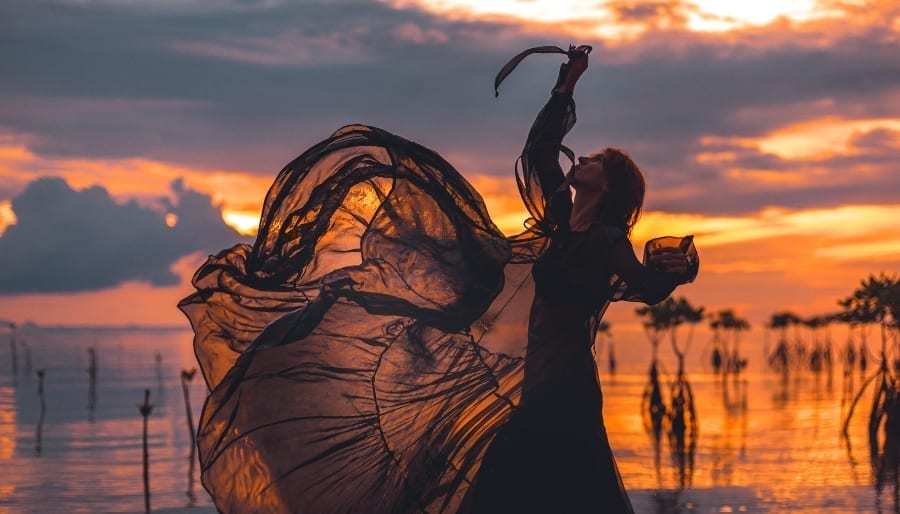 As a powerful form of folk magic, dowsing has many names:

When did Dowsing Originate?

As a technique, dowsing has been around for thousands of years. We don’t know who the first to use these divining rods were, but we do know the ancient Egyptians were finding water (and other materials) in this way.

But during the Middle Ages, the church began to associate this practical art with the devil, and in 1659 it was declared to be satanic. From this point across Europe, the rods were hidden and practitioners suppressed their art.

Thankfully, times have changed and despite the skepticism of the scientific community, dowsing is once again being employed. Even water companies call on professional dowsers these days,  to locate wells and underwater reservoirs.

How Does Dowsing Work?

Usually, a specific instrument is used for dowsing, yet occasionally intuition alone is employed. The four instruments are:

Another method is to use the body itself as the dowsing tool. This is usually referred to as manual muscle testing, muscle dowsing or kinesiology.

Usually, the dowser will use a metal rod (or pair of rods) and hold them gently in the hands.

The intention will be set – either to find underground water, buried silver or another metal, or another kind of mineral or object.

He or she will then walk around a set area – a field, or another piece of land – with the rods outstretched, waiting for them to move.

When they move, that’s the spot!

If a pair of L-shaped rods are being used: The dowser holds them both out straight, parallel to the ground. And when something is detected, they cross over.

If a forked rod is being used: The dowser walks around with the divining rod pointed down at the ground. When the spot is reached, it lifts up automatically. Why does Dowsing Work?

The important part to understand when using dowsing rods, is that the dowser isn’t in control of the process. They’re not making anything happen. So when the rods, or sticks move, they’re moving of their own accord.

SO why does this happen? We don’t know!

Scientific tests have been performed to try and figure out water dowsing once and for all. They have tried to detect electrical currents, magnetic fields or anything else that may make the rods twitch. And all have come back inconclusive.

Yet like all forms of parapsychology, kinesiology and supernatural study, just because it can’t be proved scientifically, doesn’t mean it’s not true. Some will say that the dowser is cheating, that it’s down to random chance, and that water divination isn’t real. Yet to say this is to shut out the possibility that the Earth speaks in ways we can’t measure.

And the success rate speaks for itself.

This isn’t to say that the same rods or methods will work for different people. A dowser who detects a water source underground on your land may pass you his dowsing rods. You pick them up to have a try, yet for you, nothing happens.

Is it your dowsing techniques at odds, or do you lack the psychic abilities that he does? Who knows! And does it even matter…?

If you’re keen on dowsing, it’s vital to attend a course or get a good teacher. This is because it’s important to learn the correct techniques, yet also because skeptics are looking for this NOT to work. So if you claim to be a practitioner of water divining (or any other divination) and haven’t been trained correctly, then this ancient art will come into disrepute.

Are you already a dowser? Do you ever use divining rods to locate objects or materials underground? Then we’d love to hear from you! Share your stories in the comments below!

YOU MAY ALSO LIKE: Pendulum 101 – Follow This Guide To Discover How To Utilize This Powerful Divination Tool!

5 Beautiful Ways To Celebrate The Spring Equinox & Empower Yourself
Jupiter Retrograde Just Jumped Back Into Aquarius. Here's a Reminder About What You Must Do During T...
9 Self-Limiting Beliefs You Need To Banish If You Want To Actually Live Your Best Life