Can You Step Into Enough? Self-Worth & The Illusion Of Being “Not Enough”

I remember thinking when I was a child that no matter what I did it would never be enough. If I got 98 out of 100 on a test my mother’s focus would be on what I got wrong.

Thinking back, my sense of enough-ness didn’t have much of a chance developing in the chaos of the alcoholic family. Instead my sense of self-worth became inextricably linked with external achievement. As a child that meant school and grades. As an adult that meant striving for success in the business world. And yet, even as that success succeeded my wildest dreams, that feeling of being not enough lay sleeping under outward recognition and accomplishment, waiting for the smallest mistake to wake it up. 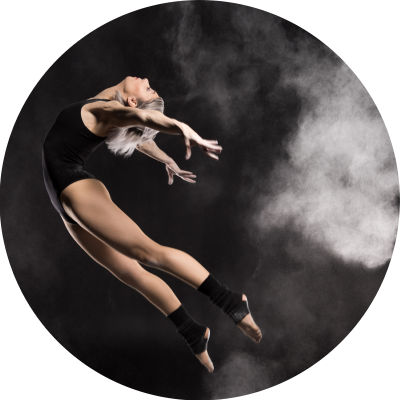 ENOUGH. If you look up the meaning you’ll see that synonyms are sufficient, adequate and even abundant depending on how the word is being used.

Yet somehow this word originally used for quantities of things – “is there enough?” – became a measure of self-worth, a measure of whether or not you (and me) were sufficient or lacking.

Your Goals & Getting To “Enough”

The catch-22 of chasing the externals of enough is that you never reach your destination. Instead you remain haunted by that voice that suddenly whispers in your ear “you are not enough.”

Perhaps you are thinking you don’t have that voice. But most likely you do.

Twelve step programs are filled with people who have used compulsivity and addiction to try to quiet that voice, only to find their addictions made the voice grow so loud that nothing but complete surrender to something greater would drown it out.

The Link Between Shame And Feeling “Not Enough”

The voice that whispers ‘not enough’ is the voice of shame, one of the most powerful emotions.

So most likely you have experienced shame – and most likely in some way you believe you are not enough.

What gives shame so much power is that often it remains hidden. You might not speak of it. It’s easier to pretend that you don’t suffer from the ‘not enoughs.’

The way to forever abolish shame is to bring it out of the shadows into the light of day and speak what you feel. When you do, shame loses all its power and you find that you are not alone; that everyone understands shame and feelings of unworthiness.

You find that no one grew up in the perfect family; that every family is dysfunctional in some way; that everyone struggled with criticism and comparison and still does.

And you’ll discover that being perfect is not the answer; it’s just a symptom of the loss of self.

So where is the secret door that opens into the land of ‘enough-ness?’

Like all great magical doorways, the entrance lies within and you are the only gatekeeper.

See if you can feel what the energy of enough is. To me it is a sensation of fullness, of contentment, of completion and peace. Finding the sensation of enough-ness in the body is important because the emotion of shame is often first felt in the body before you become aware of what is happening.

Sit, close your eyes and see yourself in a situation where you know you are enough. Feel that feeling in your body. See how you hold yourself; notice your expressions; notice your energy and state of mind.

See if you can step into enough.

If you can just step into it even for a brief moment how does your life change? Who are you when you are enough? What is possible for you? What would you attempt that you don’t dare to attempt now?

The truth is that you were enough on the day you were born into this life.

Your worth is inherent, part of your birth-right. You have always been, always are, and always will be ENOUGH.

And that expression of enough-ness that you brought in to the world at your birth remains unique, invaluable, unrepeatable and an amazing expression of love at work in the world.