Is the number 13 an Angel Number? Hell Yeah!

Although you’re probably more used to avoiding it, seeing as here in the West the number 13 has long been associated with bad luck. BUT, if this number keeps showing up in your life, then it’s no mere coincidence (and it’s certainly NOT the bringer of bad luck!) So listen up, there’s a message here that you’ve gotta hear! 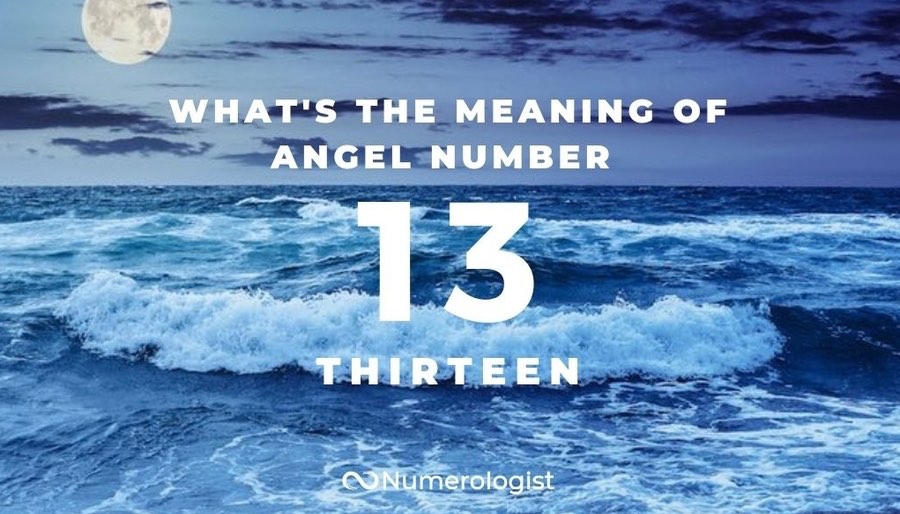 What Does Angel Number 13 Mean?

Angel Number 13 is one of the most fascinating angel numbers. It’s what’s known as a composite number, being formed from the numbers 1 and the 3, as well as the frequency of the number 4*. But it also holds some more mythological associations we’ll take a look at later.

*Normally, in numerology, we sum and reduce numbers to find their core meaning (in this case, 1 + 3 = 4). But when Angel numbers like this appear, each number alone has huge significance.

To dig a little deeper into what Angel Number 13 means, and more importantly, what it's message for you is, let's break it down...

In Numerology, the 1 is the beginning, the very first of all numbers. It brings new beginnings. It holds an energy which is independent, pioneering, initiating and motivating. Numerologists regard the 1 as masculine (though bear in mind there's no gender bias in numerology). So it symbolizes the most primal and traditional masculine traits, such as ambition, confidence, bravery, and self-expression. This number is closely related to the ego and the self.

Meaning & Frequency of the Number 3

3 is the number of creativity, communication, and expression.

For Numerologists, 3 is the number of the child. It symbolizes the growth and magic that results from the combination of two other things; it is chock-full of energy and possibility! This number is the fruits of your labors. It represents authentic expression, abundance, and the truth within each of us that needs to be shared.

Read: Meaning, Mystery, and Magic of the Number 3

Meaning & Frequency of the Number 4

Four is a number with a strong and stable vibration.

Numerologists recognize the four as the number of foundations, materiality, physicality, practicality, and prosperity. It represents the earth itself, standing as a symbol of things that are solid, sturdy and purposeful. It represents the cardinal directions: North, South, East and West. And the elements: Air, Fire, Water, and Earth, which are the building blocks of our material world.

Read: Meaning, Mystery, and Magic of the Number 4

Meaning and Frequency of the Number 13

When Angel number 13 shows up for you, the most important message to understand involves the blending of the two powerful digits 1 and 3. Through this, you're being invited to step up in the higher frequency of the 4.

Any Angel number that contains the 1, is calling you into your power. This number code is urging you to be assertive, to motivate yourself and go bravely into unknown territory. This number also requires incredible self-trust - is this something you're lacking right now? It's time to start believing in yourself! You're seeing the number 13 as a reminder that you have the power within you, to achieve whatever you dream of! You must be courageous and creative. Don't hold yourself back in fear and negativity.

Angel Number 13 is also guiding you towards the spiritual significance of the number 3. You're being encouraged to get creative! When the 3 appears in an Angel number, it’s a reminder to use your voice. Speak up. Express yourself! This number often shows up for people when they’re feeling small, inadequate and lacking in self-worth. It's a really positive reminder that your voice in the world has value.

Are you playing it small? Do you often shirk into the background, instead of stepping up to the stage? Angel Number 13 is supporting you to shine. Focus on your thoughts and unique perspectives. Perhaps you think that the ideas you’re having are meaningless, or too outlandish to be taken seriously? The number 13 is calling you out of your self-doubt! Your Angels want you to believe in yourself – your vision and voice is what’s needed in the world.

What is the Message of Angel Number 13?

This is a number of reassurance and inspiration.

All Angel numbers are symbols of divine protection and support, so drop any fear that you have. Seeing this number means that your angels are close, and you are connected to Spirit. Trust your path. Trust your thoughts, feelings and creative urges, they will carry you forward on your path.

Through embracing the vibrational qualities of the 1 and the 3, you’ll ascend towards a place of material abundance and security. The highest expression of the number 4 is within your reach! The appearance of Angel number 13 is a sign that your angels are guiding the way. You have nothing to worry about, just do the work laid out in front of you and stay true.

In our ancient cultures, the number 13 was revered as the number of the Goddess. Even now, evidence of the feminine power of this number is filtering back into common knowledge and experience. The wisdom of ancient times is being re-ignited.

There are 13 witches in a coven.

Women have 13 menstrual cycles in a year: 13 opportunities to become pregnant, and create life.

Over many thousands of years, the patriarchal civilizations have done their best to debase the sacred significance of the number 12, but this is changing.

The energy of numbers is alive. Each number forms a piece of the greater, unified consciousness. So as the humanly-understood meaning of numbers changes over time, so can the subtle energy of a number.

If you’re seeing Angel number 13 in your life, could it be that the Goddess is calling to you?

Unlucky or not? Head here for more info about the Number 13.

Plus, if 13 appears in your personal numerology chart, you may want to check out this post on Karmic Number 13. Just sayin'!

OK, Let's backtrack for a moment. Are you new to Angel Numbers?

Angels are the messengers of Spirit. They communicate with us through many forms and languages, including numbers. The world we live in today is so highly digitalized, that numbers are everywhere, which makes it easy for Angels to speak through them.

Think about it - repeating number sequences like 1111, 1010 and even Angel Number 911 are actually designed to catch your attention. When certain number codes appear on the calendar, the clock, in the paper or anywhere else in plain sight, they’re actually sacred symbols. The purpose of Angel Numbers is to break the spell of the matrix, and to draw your attention towards the divine vibration of you and the Universe.

One of the first people to start publicly interpreting the meanings behind number sequences a few years ago was Doreen Virtue. But once you know some basic numerology, you can do this too. Many people even use number patterns as a means to connect with guardian angels on a regular basis … and with a little practice, this is also something you can do, too. 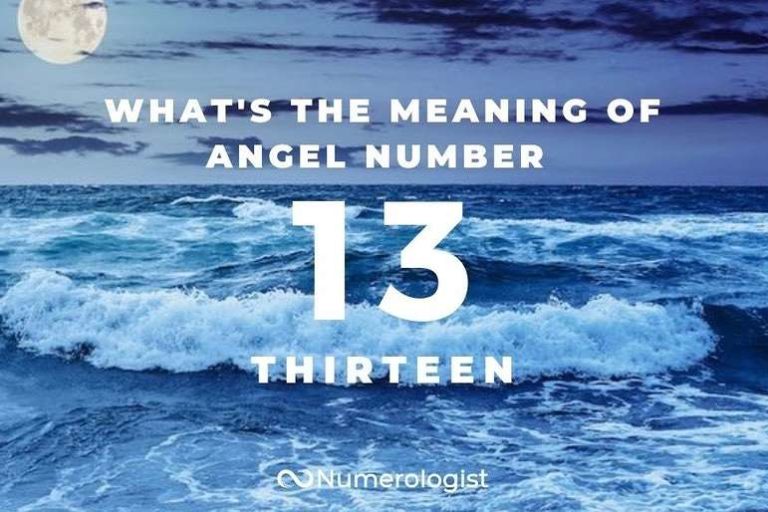 Meaning of Angel Number 13: Discover How To Align With Divine Inspiration & Soar To A New Height!

Is the number 13 an Angel Number? Hell Yeah! Although you’re probably more used to avoiding it, seeing as here in the West the number 13 has long been associated with bad luck. BUT, if…