Unlock Your Expression Number! Why This Potent Digit Holds The Key To Accomplishing Your Goals!

The Expression Number is the numerological sum of the Heart’s Desire (a.k.a. the Soul Urge) and the Personality Number, but it is actually much more.

There is a principle called “Synergy” which says that “the whole is greater than the sum of its parts”, meaning that a complete thing does something more and sometimes different from what the assemblage of parts can do.

In other words, everyone on a sports team will have different specialty moves and skills, but it is the athletes’ ability to function as a whole that wins or loses the game. 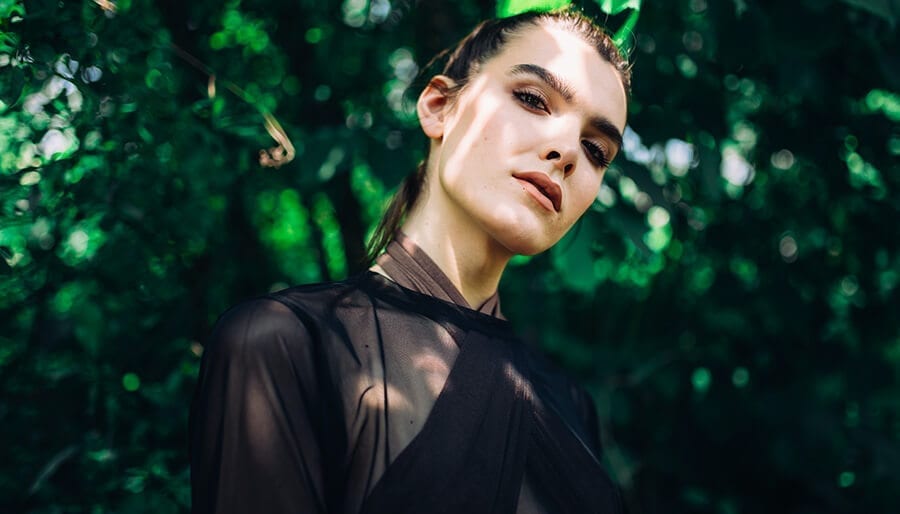 So, what’s it all about?

The Expression Number contains all the little “tells” that let others know when how you’re feeling and where your true talents lie. It is like the monitor on a computer that shows you what’s going on inside without displaying all the processes and how they work together while you’re watching YouTube video or balancing your bank account.

The Expression, the Self-Image and the Ego

So the Expression is more than just the combination of the Personality and Soul Urge. The whole of an individual’s psychological makeup is involved.

From the standpoint of Jungian Psychology, the ego is what protects us from the personal and collective unconscious. It is the primary force that protects the self against most of our own thoughts that could cause us harm if we persisted in them, whether or not they are our own, or come from other people or self-damaging fantasies that exist in myths, stories, and ideas that are part of the collective mind we share with others.

When most people think of the ego as a person’s over-inflated image of themselves, they are talking about that person possessing a sense of grandiosity. That kind of character defect is clearly seen in the Expression, but it is a result of a problem at the level of the Personality Number, which is where psychologists and alternative healers do their work.

In other words, the ego shares the energies and forces of both the Heart’s Desire and the Personality.

The Self-Image is another aspect of the Expression. It’s a term that’s used a lot in meditation textbooks, especially Buddhist ones and books on Mindfulness.

You might say that the self-image is the part of us that reviews ourselves. It forms our personalities and analyzes the world on both an emotional and rational level. It’s where the ideas about our personal styles of behavior, including speech, appearance and so on come from. It is also constantly analyzing possible threats and sends that information to the deepest level of the self so that it can send out defensive forces to combat that kind of stress. It has a direct line to the ego and also connects the Personality and Heart’s Desire numbers.

It is our inner critic but can also be our internal cheering squad. It is through the self-image that we encounter most of our problems, but it is also the part of us that attaches meaning to our experience and lets us know what makes us feel happy and fulfilled. It’s more like an acting coach than anything else.

The Expression is guided by the self-image and the needs of the ego but is partly explained by the Heart’s Desire and the Personality numbers.

Things of this nature barely can be explained in everyday words, but it boils down to the simple fact that while the Ego, the Self Image, the Heart’s Desire and the Personality Number may seem like separate things, they are not. All of these things are just different ways of describing facets of a human personality, but all these descriptions are in reality just one thing; the Expression.

Let’s give a little example of what looking at the Expression Number is like, and what can be read from it. For this example, I’m using a man who is often called a visionary genius, Elon Musk. We know who he is; his car company, Tesla, is the most valuable car company in the world. He’s building a tunnel under Los Angeles for a superfast train run on magnetic repulsion. His rockets and space capsules are proven to lift multiple astronauts into space, as part of his project to build a human habitat on Mars.

If you’ve ever seen him in an interview, you know he’s a really relaxed guy who likes to enjoy himself, and that he’s always one step ahead of the critics – he’s at the cutting edge of today’s technology and waiting for the world to catch up with him – all attributes normally associated with #5.

His vision of electrical power for the world, high-speed automatic transportation and other projects are ideas he’s basically described for building harmony with the environment, comfort in the home, and he’s well known for his love of his children – this is all connected with #6.

Elon’s Expression number is a combination of both the Heart’s Desire Number and Personality Number: 5+6+11.

The #11 is often referred to as the “Visionary” in Numerology—a term that is also used to describe Elon Musk. In one interview, Mush even described himself as “kind of a wizard.”

I picked him because his name is short, but the numerology of it is very clear and on target about what we see of him on TV and on the web.

Now, in the Expression Number, we have the obligation to always use the bigger numbers, because unlike the LifePath numbers, we often see the higher “Master” numbers like 33, 44 and others.

In relation to Elon Musk, the #11 not only counts in terms of describing his actions and accomplishments but you can also see the influence  of#2 (1+1=2) in how he presents himself to his peers. For instance, the presence of #2 is clear in interviews with Musk where he appears to be an unassuming and reasonable person.

Recently, he made a statement on Twitter that Tesla stock is too expensive. This occurred on May 1(5+1=6) at 8:11 California time. The 5 for 1 split was announced on August (8) 11. Was this strategic planning, or just the magic of the Soul Urge Number? We’ll explore that later in his profile, but let’s also remember that 11 is also called the “Master Psychic.”

Sometimes a person’s name is much longer than Mr. Musk’s (8 letters) and comes to a very high compound number, like 46 or 73. Many numerologists like to look at these longer configurations because they reveal something about the character of the person. They often tell about the influences or conflicts in the individual’s life that are more obvious to others than the Expression Number itself. This will also be a topic in future posts about the name numbers.

The Inclusion Table is another way of analyzing the numbers in your name that basically shows the levels of strength of the 9 numbers. Some people call it the “Karma Table”, but that comes from the adopted Indian philosophies of 20th century writers on the subject of Numerology.

Explaining the table is a little more complicated than we have room for in a single blog post, but let’s just say that having explored thousands of these tables, it seems that the numbers that are very weak or missing seem to represent areas in a person’s life that require more work. For instance, in our example chart above, Elon has no 7’s, 8’s or 9’s which will be explored in his profile, but I mention it here because many people have no 8’s and there are Numerologists out there who tell people that this means problems with money or control of their situation. Now, that’s not to say that I believe that Mr. Musk is broke. In actuality, I don’t believe his prosperity consciousness is lacking at all, and even if he even with very little, he never needs to worry about personal wealth. And this is because of this mindset and attitude.

The Inclusion Table also gives us various hidden numbers in the name that have special significance in life, but let’s move on because the table will be discussed in-depth in future posts.

All the letters used in your full name constitute a “personal alphabet” that is read dynamically, in that the number associated with the letter marks off a number of years that each letter is active.

Each name has its own cycle, so we consider each separately as in several rows or columns to make sums of those numbers.

If we count the number values of the first name, we have 19 years, which means that every 19 years the cycle of the first name will begin again. This is an important study that reveals practical and accurate predictions, especially when contrasted against one of the numbers in the LifePath, like the Pinnacles or the Personal Years. A thorough study will be done on this in the near future, because it’s one of my favorite topics.

The Point of it All…

After delving deeper into the power and meaning of the Expression Number, you will see that explaining all the possible compound numbers may be the key to understanding the potency of the name numbers in a Numerology Chart. The idea of the post was to give you an overview of the Expression Number that’s strong enough to help you understand some of the fine points of analysis and prediction that we will be discussing on a regular basis in posts like these and in celebrity profiles in the future.

So for now, just focus on the fact that the Expression Number is about choice and character, while the LifePath is about opportunity and risk. And get ready for a continuing series about the Expression, which holds all the information described briefly in this introduction and so much more!

What did you learn about yourself in this article? Let us know in the comments below!