If You Have a Master Number in Your Numerology, Should You Be Worried…?

By The Numerologist TeamFebruary 14, 2010 Numerology

One of the biggest misunderstandings in numerology is the idea that having a master number in your chart is somehow better or superior to any of the single-digit numbers.

It is also a myth to think that the Master Number is luckier, more powerful or has an easier time of it than other numbers. 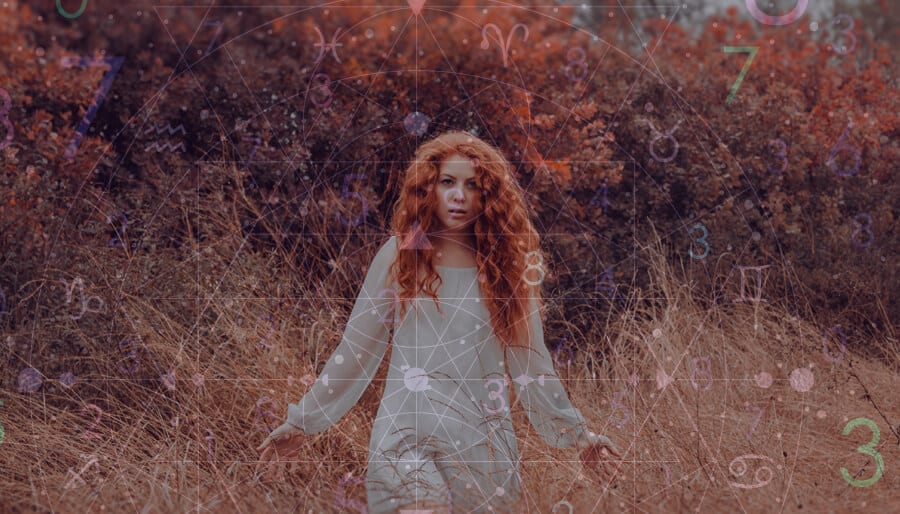 But First, What are Master Numbers?

In a numerology chart, Master Numbers are double-digit numbers. These are the number 11, the number 22, and sometimes, though not always, the number 33. These numbers can show up anywhere but will have the most profound effect on our lives as the Life Path Number, Expression or Destiny Number, or the Soul Urge Number.

If anything, the path of a master number is more karmic than others.

These double-digit numbers often have to transcend more difficulties than other numbers in order to excel in the first place. As many of the people with these numbers in their numerology charts are also original thinkers. They often end up working alone, or find themselves in positions where they’re defending ideas against a hostile majority. It’s the role of these numbers to deal with obstacles that would daunt the stoutest of hearts, including physical disabilities, mental afflictions, and very mean childhoods.

TO LEARN ABOUT THE 4 KARMIC NUMBERS IN NUMEROLOGY, HEAD TO THIS POPULAR POST

The more Master Numbers a person has in their numerology, the more likely they are to be seen as outsiders, outcasts, and even as completely crazy.

They frequently isolate themselves from ordinary society because they feel so misunderstood.

Often they end up fighting against the tide their entire lives, simply because change is so painful. It can take a long time for a Master Number to be accepted by other people because they are usually late bloomers. Very few of them, especially the spiritual number 11s, ever enjoy a great deal of financial success because they’re such pioneers. Very often it is other people who succeed in developing their original concepts, taking credit for the work.

The two Main Master numbers are number 11 and number 22. In addition, these sum to 2 and 4 respectively.

It is the single-digit numbers that symbolize the shadow side of the number’s personality.

Because living through these numbers is so challenging, many people who have master numbers at their Life Path, Expression or Soul Urge can’t handle their fate and retreat into their single-digit behaviors. Yet these are not their highest path in life.

For instance, the meaning of the higher vibration of the 11 is to guide and heal other people and treat everyone as a soul mate that is worthy of unconditional love. The lower vibration of the 2 digit is more about focusing on someone else full time, and this means they can tend to lose themselves and their own purpose.

Addiction, codependency and obsession are part of the Master 11’s shadow side. Some 11s spend their entire lives mourning the past or chasing an emotionally unavailable individual. They entirely squander the potential to make something better of their life.

Shadows of the Master Number 22

Likewise, the shadow side of the Master Number 22 is quite harsh. The number 4 is characterized by money and health challenges. The 4 is the damned if you do and damned if you don’t number!

The number 4 Life Path often feels overwhelmed and sinks into despair simply because they feel they will never be able to climb out of their rut. So as the number 22, these same people can spend their whole lives feeling overwhelmed by potential, yet never actually being able to set the wheels of productivity into motion. (The number 22s nickname: “Master Builder” takes a bit of working on!)

Yet despite their challenges, it is the Master Number’s duty to somehow change the world for the better, raising humanity up to a higher level. And this is a reward in itself!

You can see from looking at these lists that many of these celebrities have had great challenges that go along with their fame. For example, among the 11s – Jackie Kennedy saw her husband die right in front of her eyes. Jennifer Aniston lost her husband to one of the most famous actresses in the world. Richard Burton was plagued by alcoholism despite his great thespian talent. Same thing with Frank Sinatra. Oprah Winfrey went from being dirt poor and sexually abused to being one of the most famous and rich women in the world!

Many of the above-mentioned Master Number 22s also have challenges that are well known to the public: Dean Martin was a comic genius but also an alcoholic. Like Oprah, Demi Moore was dirt poor and abused as a child. Frank Sinatra was in bad relationship after bad relationship and could not stop drinking. Sir Paul McCartney has been at the center of many embarrassing controversies – including his break up with amputee and model Heather Mills.

You can see how wishing to be a master number might be a bit of a case of “be careful what you wish for …you just might get it!”

Very few of us could handle or could want some of the challenges that many of these celebrities have dealt with over the span of their lifetime. The reason for their success is that they simply have not given into the lower vibration of the single-digit number and instead gone for exploiting the potential of their highest vibration. This is something that all Master Numbers can learn from