The Seven of Saturn: How The Planet’s 7-Year Influence Impacts Your Long-Term Success

By Crystal B.
Astrology, Numerology

The Seven of Saturn: How The Planet’s 7-Year Influence Impacts Your Long-Term Success 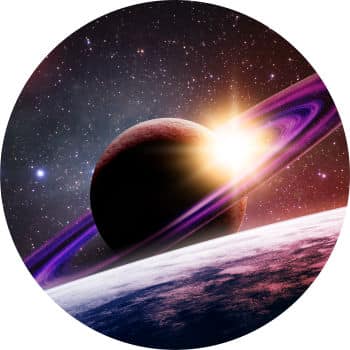 PinEverything that begins has a planetary story attached to it.

Moments that begin relationships, friendships, marriages, creation of businesses, new jobs, home purchases and everything else in between will always be important.  My reason for saying that is because anything that takes root or life in some way – has an astrological chart attached to it.

That special picture reveals what the planets were saying at the moment it began. Astrology and the planet’s message at these specific moments reveal quite a bit about the nature of ‘whatever’ has begun.

Another facet to this important picture is what’s happening around it. For you see, the planets are always moving around them. They interact with the picture helping to create a story. As we all know, sometimes the story is slow to start and then gets exciting—-while other times it’s action packed right from the get-go.

However it works out (and believe me there are many different ways), one of the most important planets in the story is Saturn. He will always move slowly and test our patience along the way—he’s Father Time after all. No matter his sometimes harsh ways, he always rewards us for putting in the hard work and getting serious. His MO includes challenge, hard work and tons of unruly trials and tribulations.

Saturn’s influence is strongest every 7 years and I want to share a little more on the numbers. From an astrology point of view numbers are very important. To be quite honest, numbers are embedded in astrology everywhere. (Side note: Check out what the number 29 reveals). The reason for that is because the planets and their message are very phase oriented. When it comes to Saturn, his phases are connected to the number 7.

At around year 7 of anything created – there comes a challenge of some sort and it all stems from Saturn’s influence. It’s a critical period where the relationship or “thing of creation” is tested and put under intense scrutiny.

Saturn aside—-7 itself is an important and powerful number.

It’s referenced in so many different facets of life that it’s hard to miss.  Some say it symbolizes wholeness or completeness and when we start looking around at all the things relating to it – we can’t help but see it too.

Here’s a quick rundown of just a few places where we can see the number 7 in action:

There are also many instances where the number 7 is said to be auspicious, lucky or instill good fortune. 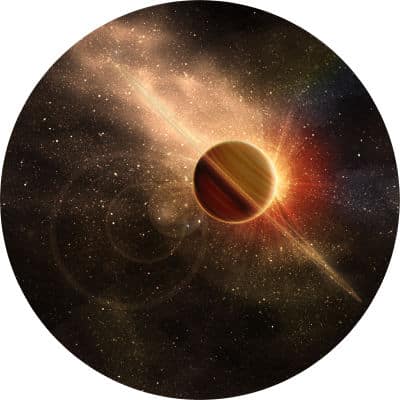 Getting back to the seven of Saturn, I want to mention a classic saying. I bet many readers out there have heard of the classic saying “The Seven Year Itch.” It marks a time (around year 7) in marriage when happiness dulls and the more serious side of things come out.  It’s also statistically known that the majority of divorces happen around year 7.

However, it’s not just marriage that’s affected by this test of 7’s. Studies reveal that people tend to sell their houses 7 years after purchase. Businesses come to a crucial turning point at around year 7 and there are countless other references that indicate this time as important. The 7yr mark is a point where anything created comes under reassessment.  In my astrologer’s mind, I always think of it as the seven of Saturn and the tests that come along with it.

Thoughts about LONG-TERM success stare you down and you can’t run from them anymore. The identity of the matter at hand is scrutinized. You begin to question your motives and whether things are really working or not.  Confidence can be waivered and insecurities as well as fear can surface.

The 7 year mark is a turning point and major events could come into play. For each of us personally, we can think about important things we’ve started in our lives and whether or not they’ve lasted 7 years or not. For those that have, we can think back to the 7yr marks and what turning points came about. I bet if we started looking back a bit, we’d start seeing of these 7 correlations.

Saturn’s influence makes us get serious and really contemplate matters. His influence marks a point in time when we decide if we’re in it for the long haul ….or not.

It’s not all bad, though, so don’t worry.  Remember what I said about 7 being lucky, auspicious and fortunate?

Anything that withstands the tests of Saturn become better, stronger and more solid (and he comes around strongest in phases of 7 (7, 14, 21 ,etc)).  The phase that comes after these tests deliver stability, abundance and makes the hard work worthwhile.

If the decision comes to walk away and end something – we can’t beat ourselves up about it either.  Things that aren’t working need to be let go of – in order for new and better things to take root.  It’s the natural order of things that will always play out behind the scenes in order for us to accomplish and experience the things we need for our particular path.

Regardless of how each personal story and event ends up playing out – the seven of Saturn or 7-year mark will play a big part of it.  He can be a beast to deal with when those difficult “itches” come along. In the end, if we let bygones be bygones we can come to thank Saturn for pushing us to make the decisions we needed to.