Who else represents the #11 better than influential life coach, Tony Robbins?

The Numerology of Tony Robbins 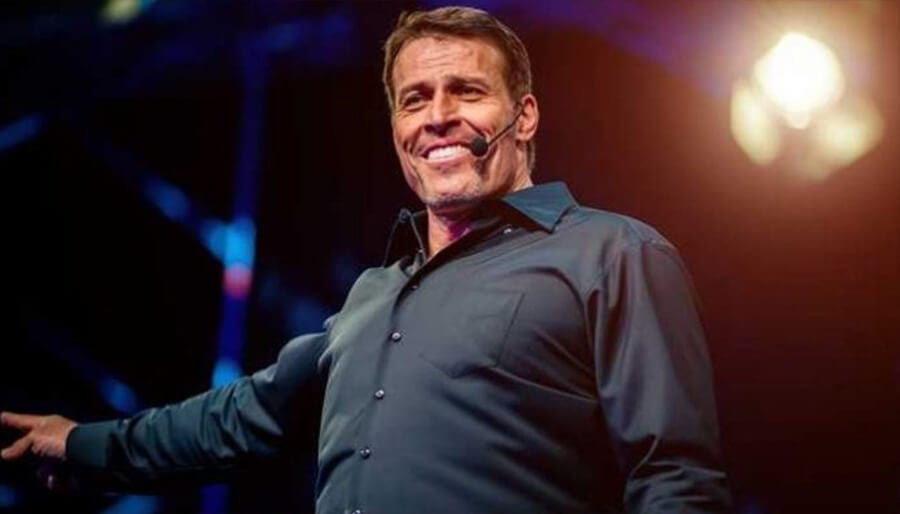 PinBorn 2/29/1960 – Leap Day – This date of birth not only gave him an 11 Birthday Number but an 11 LifePath. His Achievement Number 4 is also a great help in telling his story.

To start with, February 29th only occurs every 4 years.

This is clearly the chart of someone who stands out – and I ran into him walking down Market Street in San Francisco, and it was very clear that he was a giant. I learned later that he grew 10 inches while in high school as the result of a Pituitary tumor. 4 is a number associated with health and wellness, and this just added to the 11’s ability to “set one apart” from the crowd.

He grew up in a home that was, in his own words, “chaotic and abusive.” His parents divorced at age 7, and his mother remarried several times. From what I gather from his CD’s that I heard, his mother was the primary caregiver, which is typical with a Month Number (Formative Cycle) 2, especially with a 4 Achievement Number, or 1st Pinnacle. His home life was so difficult for him that he left at 17.

I often say that a strong 11 influence is too difficult for children and doesn’t show up until the late teens or the 2nd Pinnacle or the Productive Cycle. But young Mr. Robbins went through so much chaos in early life, it may have hit him a little early – since he began promoting motivational seminars at age 17 instead of going to college.

In the early 1980s, he met John Grinder, the co-founder of Neurolinguistic Programming, a new, high-tech technique for self- development and being a change-agent for others. Take my word for it, it is an “11 thing” that beats many other therapies, hands down! As was typical of Grinder’s magic, he also learned and taught NLP and Ericksonian Hypnosis with John Grinder as a business partner.

Ericksonian Hypnosis is known for its practitioners’ amazing power to induce deep trance and implant post-hypnotic suggestion without the need for the swinging watch or spiral-machine “you are getting sleepy” stuff.

They use storytelling to negotiate (2’s power) directly with the ego to free the patient from barriers that prevent the release (9) of negative emotions (2) – his birthday is the 29th, so that makes perfect use of the 11 energy he was born with. Interestingly, his first minor challenge was 11-2 or 9, the number of letting go. As soon as he learned how to let go, he began helping others do the same, which is another 9 quality. By the way, this modern method of relaxing the barriers to trance is another “11 thing.”

In 1983 he learned to Firewalk, something he brought into his seminars to teach people the benefits of going beyond their fears. Not bad for a 23-year-old guy who was focused on helping others achieve their goals, which is one of the most powerful and positive expressions of 11.

By 1988 he was already in his Productive Cycle, which, for him, carried the value of 11. That was when his first Infomercial and Audiotape set was released and gained rapid and wide exposure that brought him celebrity and government clients (he taught officers for the US Military). The Infomercials had an audience of over 100 million people by their 3rd year in production.

In 1997, he began his Leadership Academy Seminar, and by 2014, together with a group of investors, launched a Major League Soccer (Futbol to most of the world) Franchise.  By 2007, he was widely heralded as one of the top business counselors in the world. All the powerful and positive aspects of 4 – this Achievement Number– and 11– his Birthday and Life Path numbers– are evident in this work as well as in his books and seminars, where he is a vocal advocate for fitness and health.

He’s also known as a Philanthropist, having founded the Anthony Robbins Foundation, which put over 100 low-income young people through medical school. His Feeding America program, which has fed over 300 million meals to needy people was fund by donating the sales of his books. He also works with a company that provides fresh water to rural villages in Eastern India. Mr. Robbins also raised money for Operation Underground Railroad which, along with CIA and Military Special Operatives, fights against child trafficking and slavery.

Of course, he had his challenges, mostly coming from fake news and tabloid gossip. A few lawsuits were settled out of court, and he was married twice. This might mean a lot to those who are looking for the bad in good people, but for me, Tony Robbins has always been an inspiring and powerful teacher.

So let’s take a look at the Life Challenges in his chart, and see what they have to say…

First, we have the problem of the 11. According to basic teaching, we should reduce it to 2 since 1+1= 2. I mentioned in my Podcast about the Life Challenges that using the Master Numbers is an advanced technique, and here’s why.

Earlier I noted that the first Minor Challenge was 11-2 = 9. Since I try to teach students that the Life Challenges, being created by subtraction, cannot have a 9 as an outcome. So when we reduce, the 11 to 2, we get 2-2 = 0. The textbook definition of a zero challenge is that it contains all the other challenges. The same thing is said about 9, the number of completion, meaning the goal is the completion and letting go of all other numbers. Essentially, they mean the same thing. Because of the emphasis on 11 in his chart, let’s call this challenge a 9/0 and roll with it.

So it works out that whether we use the Master Number or the reduced version, 5 is the Major Life Challenge.

It’s called an advanced technique because in a chart like this one, which sports an 11 Productive Cycle, Birthday Number and LifePath, it’s a good idea to always consider 11 any way you can in the interpretation of the chart. In his work with others and his own life experience, the number of completion and letting go, 9 as a First Minor Challenge is a far more accurate reading of his numbers.

My favorite Numerology textbook reads a 5 Life Challenge is to “use one’s freedom responsibly.” Not only has Mr. Robbins been able to use his freedom responsibly but he’s made a lifestyle out of being able to teach others how to do the same for themselves.

I hate the terms they pin on people like him such as “Guru” because the cultural appropriation is totally unnecessary, He is a fantastic Teacher and Healer, a man who lives his life in service to humanity. It’s said that over 4 million people have attended his seminars, and his best-selling books and video presentations have reached millions more.

I am not one to be a “fanboy” or “joiner” but having reflected on this “Voice of 11” over the years, I cannot deny the value and clarity of his teaching.

Although his methods are built from the most modern and advanced ideas in practical psychology and underpinned by a very clear yet esoteric philosophical background, he has always been able to teach and use these complex ideas to help everyday people. This is a perfect example of the #11 (modern, advanced) and #4 (practical, organized) combination that forms the core of his Numerology Chart.

I really can’t think of a better set of teachings that help people overcome their Life Challenges. This is especially true of the “Basic Human Needs” talk he gives from time to time, which covers ALL of the possible challenges. In future posts, I will describe the links between some ideas he presented and the Challenges without plagiarizing or quoting him, because the ideas are so simple to understand when you read them “By the Numbers.”

Do you share the number #11 in your numerology chart? Let us know in the comments below…