Numerology And The Minor Arcana Cards In Tarot 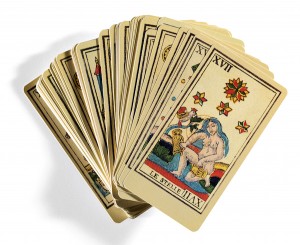 One of the oldest applications of numerology has to do with the design of Tarot card. The numbers on Tarot cards are enormously significant when it comes to interpreting the meaning of a card reading. Tarot cards are specifically numbered and the images on the cards reverberate to those images to convey meaning to the reader who then analyzes such matters as relationships, the future, motivations and options.

Traditionally there are 56 minor arcana cards — the Ace through Ten, plus the four Helper Cards. Many tarot readers maintain that 56 was a number chosen on purpose as esoterically it symbolizes God (or the force of the creation principle.) This idea comes from pagan and Celtic beliefs that the number 56 corresponded to the Celtic sun God.

The reason there are fourteen minor Arcana cards is because this Celtic Sun God also had fourteen rays of light shooting out from his head in the four directions. This is also where the common card layout known as the Celtic Cross comes from. The fourteen cards consist of the cards Ace through to Ten plus the Four Helper Cards also known as the King, Queen, Knight and Page.

Each number in each suit has historically represented a particular aspect of human consciousness or experience. In each of the Element suits, the Ones contain many of the same properties; the Twos are similar, as are the Threes, and so on through the rest of the deck. The Minor Arcana does not usually have imagery so the reader relies a lot on knowing about numerology to make relationships between the cards in a spread.

When the science of numerology is applied to the tarot cards, the number, which governs the card, gives deeper insight into the hidden meaning of the card.

The relationship of numerology is actually an enormous topic in itself but here is an idea of how the Tarot Cards in the minor Arcana relate to the numbers One through to Nine. The meanings stay basically the same no matter what suit the cards are in – Cups, Swords, Wands or Coins.

Below is the key words that are traditionally used by Tarot card readers to read a card when it comes up in a spread. This particular list is adapted from the well known universal meanings for numbered cards from the Rider-Waite Tarot Deck. 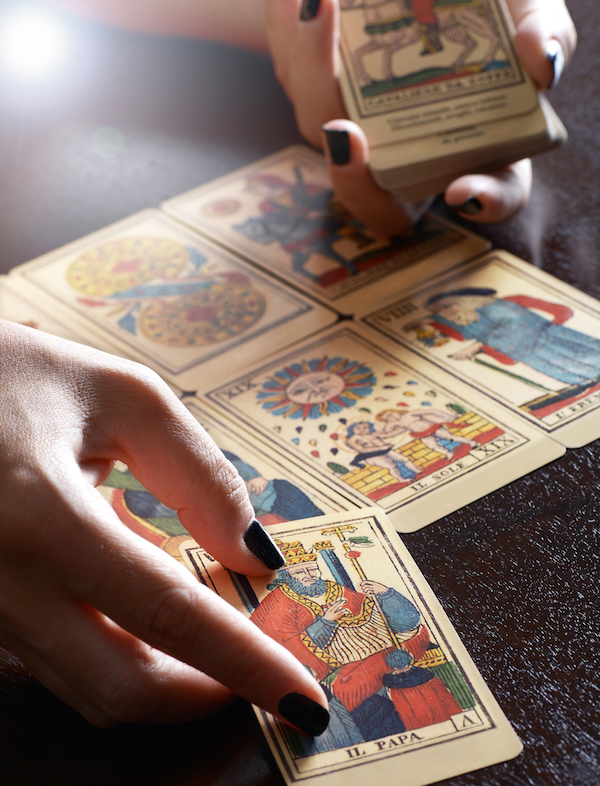 What is quite interesting is that you can also use these values to numerologically get a reading from a deck of plain tarot cards.