7 Unexpected Challenges You May Encounter If You Have Master Number 11 In Your Numerology Chart!

By The Numerologist TeamApril 2, 2020 Numerology

Master number 11 is significant in a number of ways. Find out how to overcome the struggles that come with this number and make the most of your inborn talents.

In numerology, you figure out your chart numbers by adding the relevant numbers together and reducing them until you get to a single digit. These core numbers (1–9) have meanings, and all other numbers (for instance, 57) readily reduce to a core number.

However, as you may already know, there is an exception to this rule. If you ever arrive at one of the master numbers, you stop right there and don’t reduce it any further. These master numbers are 11, 22, and 33. They’re more powerful than single-digit numbers due to the same-number pairings.

Master numbers are highly evolved and have more potential to manifest in the physical world. As the first master number in numerology, 11 is considered the most intuitive master number.

The Power and Meaning of 11

In the study of numerology, 11 is the root of the other two master numbers, since both are divisible by 11. This means that the meaning given to number 11 is applicable to 22 and 33 as well.

Master number 11 is a sign of both physical and mental power. People with this master number are what you may describe as “old souls.” Life path number 11 is the most intuitive of all numbers, bringing to its bearer empathy and understanding. People of this number have uniquely mature thinking and wisdom.

Those with master number 11 may have precognitive dreams, even prophetic abilities. They can excel in the prediction of unfortunate events and accidents. Number 11s often become politicians, artists, or managers. If they don’t choose one of these paths, they generally work in similar high-level careers.

An 11 tends to be sensitive. This is what makes them understanding and intuitive. But it can also lead them to doubt their own skills and abilities. At times, people with master number 11 may be prone to self-pity.

Furthermore, 11s are often prone to workaholism. They may prefer work over relaxation. This is what makes them so uniquely ambitious and successful in general. On the other hand, it’s also what brings tension to this otherwise desirable numerology number. As a result, they may be prone to pick up bad habits such as alcoholism, smoking, and perhaps even an addiction to street drugs.

None of these changes the fact that 11 is a powerful number. It’s through delving deeper into the challenges that they understand how to make the most of their master number.

Although wise old souls by birth, 11s have to unlock their abilities first. Adjusting to their innate wisdom and learning to trust their intuition will take time and effort. They need to learn to think first and react later. Once an 11 learns how to do this, they will finally get access to the number’s unique intuition and wisdom. 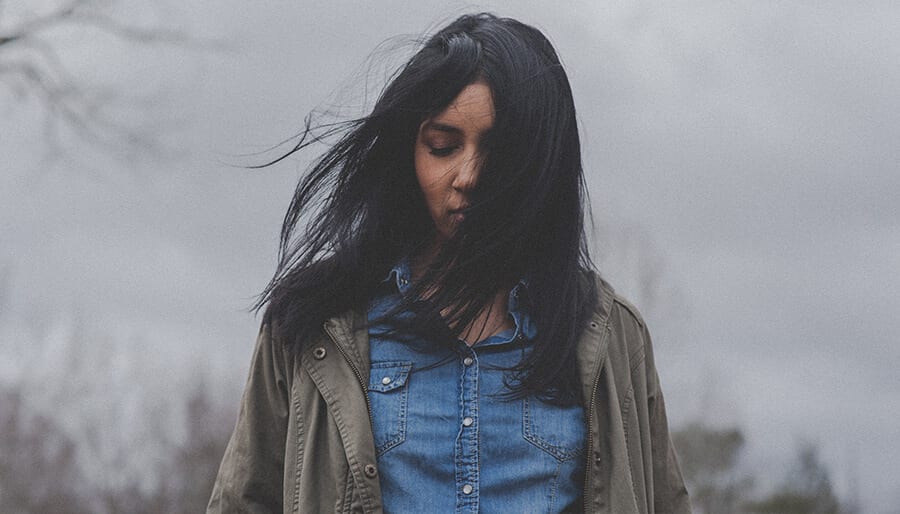 People of this number are sensitive, which may be compounded by their intuitive nature. Sometimes they choose to ignore intuition in favor of emotion, which can lead to regrets later on.

As mentioned, 11s can come to regret their decisions or choices on account of intuition-gleaned information. They have a tendency to beat themselves up over past decisions.

They are also hypersensitive to their surroundings. Things like scent, color, and sound can greatly affect an 11. Certain colors can produce anxiety, for instance. Certain foods may trigger specific negative feelings, and the same goes for sounds.

As sensitive people, 11s tend to avoid confrontation. They have a habit of doing whatever they can to avoid conflicts and defuse awkward situations, but not always with success. For an 11, conflict resolution is a critical life skill to attain.

Number 11s are at home in one-on-one situations, which is why they make great counselors. Add more people to the equation, though, and it can become a problem. Shyness and hypersensitivity are common here, too. With that said, this is a trait that can be overcome.

Master number 11 may signal perfectionism. Those of this master number are often workaholics, who may work themselves into feeling depressed or “off” in other ways. This stems from the drive to maintain their lofty standards. Even short-term goals have to be perfectly executed.

When perfection doesn’t happen, they may feel like a failure. Usually this feeling is exaggerated and their reactions less-than-objective. When real failure happens, an 11 may struggle if they’re unfamiliar with the challenges that come with their master number. This struggle is what often leads to the aforementioned depression.

As late bloomers, 11s may have to wait until their 40s, or even 50s, to learn how to embrace their life path number. This may sound alarming, but an 11 often has to experience life before understanding it in full. All these life experiences allow them to hone their intuition to a razor edge.

Despite some of the connotations of “an old soul,” 11s are generally very energetic. They may radiate a lot of energy, which isn’t necessarily good for them. Owing to this, people seem to expect more from an 11, in general. According to numerologist Hans Decoz, “Energy seems to flow through you without your controlling it. This gives you both power and sometimes emotional turmoil.”

Those with master number 11 often feel like they don’t belong. They may even feel as if they’ve arrived on the wrong planet. This feeling is totally misleading, as, deep down, an 11 actually wants to fit in and belong.

Owing to the fact that 11s have had so many previous lives, they always expect more out of this one. They may constantly experience self-doubt, not being certain that they should be doing what they’re doing.

In numerology, 11 is a double-digit number that celebrates intuition, prediction, and wisdom. Number 11s are great partners, friends, and overachievers who may have a lot to deal with early in life. Although it can be an exhausting and frustrating time, the first few years of an 11’s life is an experience-gathering period. This is what sets the stage for them to be wise and intuitive later on.

All in all, 11s are an essential part of society. They help to promote growth, conflict resolution, and overall creativity.

If you have this master number, most of the challenges you have to deal with are more or less self-directed. Getting to know yourself is the first step in learning about your life path.

Do you know an 11 who fits this description? Perhaps you’re an 11 and it struck a chord? Join the discussion in the comments below and you might just find out something about yourself.