The Las Vegas Shooting: When Affection Turns to Apathy 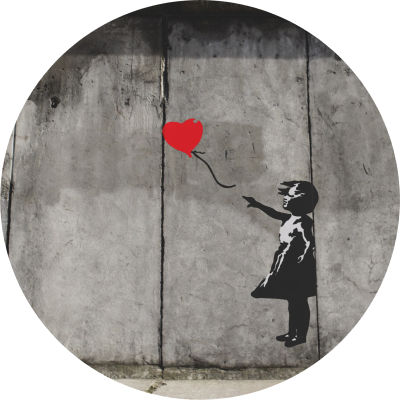 I’ve been having a hard time with the idea of writing a current events column on the Las Vegas shooting but I know it’s important.

These kind of events make us question everything that we talk about here on Numerologist.com; the goodness of God, the Universe and our ability to create better lives.

This is my best attempt to reconcile the dark side of human nature… and what numbers can say about it.

But I have come to realize that numbers can help us decode the psychological and energetic factors that produce such human depravity.

I thought to myself…

‘Why? When I was little this kind of stuff didn’t happen. Now it is happening a lot.’ I scroll through headlines on my phone. ‘Why so many? Why so many shootings?’… I kept thinking to myself.

Ultimately, Numerology is the art of seeing patterns. I was looking for the large one.

I immediately had the image of Y2K.

I nodded to myself. Yes, the two. It’s in the air.

Every single number in Numerology has its natural, divine instinct and then it has its polarity; the thing that happens when we cinch the hose to that resource.

The natural energy of the 2 is sensing and perceiving other people, to create deeper understanding, affection and bond. The 2 is COMING together.

But when we cinch that hose? We get something else entirely: We are still sensitive to others but we no longer feel affection towards them.

And that is when the 2 mutates into divisiveness, separation, apathy and blame.

The 2 is collectively in the air right now.

It isn’t a coincidence that the EXTREMES that we are seeing in our country are also showing up all over the world. The polarization and coming apart in our political systems, our communities and our families are happening everywhere.

It is the time we are in.

To the Sacred Geometrists the two was represented as two points joined by a line. The line symbolized the force or space between two things: two people, two parties, two ideologies, or two groups. It was the flow of coming together and joining, or pulling apart and separating.

In our society, the SPACE between us is getting bigger and bigger. We insult, attack, and shoot what we are sensitive to but no longer feel affection towards; what we longer understand.

We truly are hungry for connecting with each other

I know it doesn’t seem like it but we really are. If we didn’t care about each other we’d be off in the wilderness somewhere. So, would that psycho shooter. He would have paid no one any attention. He had the money to go off the grid and do his own thing.

But instead he stayed and wickedly attacked from afar.

Numbers don’t make people do anything.

Numbers don’t make bad things happen…but they do help us understand what divine gift this guy had mutated and the false models he was living in.

The false model? Blame. A cowardice of blame. When that beauty of the 2 is withheld in someone (seeing what is familiar and common in what we are sensitive to) what emerges instead is a maleficence.

They can get caught up in thinking that there is a nobility in being sensitive to what other people are thinking or doing – and ‘fixing’ them on a mass scale. They begin to believe that one must destroy what is not like them or what is an irritant or obstacle for them.

Ultimately it is a dependency on other people to be what they want them to be, and an inability to be autonomous and functioning without that. It is the delusion of being held back by the ‘other.’

And I will remind you every step of the way what this #2, this face of God, wants to say to those of us who are willing to become peacemakers…

#1) Come close to and understand what you are not familiar with. Find where you and the ‘other’ might be the same. This will make a world of difference as we move forward creating peace wherever we can.

#2) Look for the helpers. In horrific tragedies like this, amidst the darkest of nights… look for this face of God (the #2) helping, comforting, listening, lifting, mending. The helpers are everywhere.

P.S. In the comments section below leave your Life Path Number and share your unique wisdom. What insights do you have on how we can create more peace and togetherness in this world?

Natalie Olson (Newly married! Previously known as Natalie Anastasio Pescetti) is your Numerologist and philosopher-friend with a passion for decoding the mystery of life. She is here to help you tap into your own personal magic (hidden in your birth name and birth date) so you can access yummy love, radiant health, abundant success and sparkly happiness. Nat has been lucky enough to be the secret weapon for Wall Street financiers, CEO’s, actors, soldiers, best-selling authors… and soon.. maybe you? To learn more about her work, or have a one-on-one session, visit www.NatsNumbers.com. .