This International Women’s Day Will Be This Decade’s Most Empowering Day For Women, According To Numerology 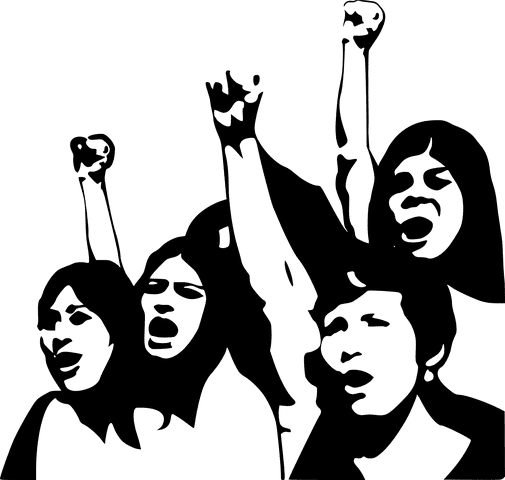 PinInternational Women’s Day is nothing new. Since the early 1900s women have been speaking up, fighting, and rallying for their rights (something that was quite controversial and risky back then!)

And in today’s modern society, many people falsely assume that the work has been done!… Ta-dah! Women are officially equal members of society and all is well in the world…

While there is absolutely zero doubt that women have made gigantic leaps and bounds over the last century, the unfortunate truth is that absolute equality is not something that we’ve yet achieved… and the patriarchy is very alive and well.

And what’s more, the global pandemic that the world has been facing, for the last year, has threatened the progress that this movement has made…

The truth is that with schools and nurseries closed, or only partially open – it’s been the mothers who have taken the most time off work in order to care for children or homeschool them…

Women make up the majority of front-line workers, who are vastly underpaid and have very low job security…

It’s women who tend to put work aside in order to care for the elderly, sick family members, or tend to additional household duties (or trying to juggle both work and family caretaker duties – which, surprise! Makes women underpaid… again)…

In fact, it’s been estimated that since the pandemic hit – women have taken on approximately 20 hours a week of additional roles and responsibilities, and all of this without (you guessed it) any more compensation.

Now if that all sounds like gender roles just traveled back in time 60 years… it’s because, in a lot of ways, they did.

But the good news is that this year International Women’s Day just happens to fall on one of the most empowering days of the entire decade. Because March 8th, 2021 is a Numerology Power Day.

Now, you might be thinking: what on Earth is a Numerology Power Day?

In Numerology, a power day happens any time you have a double (or sometimes triple!) number. For example, the 8th day of an 8th Universal Month – is an 8/8 Numerology Power Day!

March = the 3rd calendar month of the year, and it’s currently the year 2021… so we add all of those numbers up, and reduce the value down to a single number to get…

This makes March 2021 an 8 Universal Month… so on the 8th day of March, we have ourselves…

What This Power Day Means For Women

First, let’s talk about what the Number 8 means…

Many people like to focus on the money, power, achievement, success, and influence that the 8 represents, but its vibration carries so much more than just that. While it’s true the power of the 8 is almost always instrumental in building great empires… what this number truly represents is – balance. Just like the eternal flow of the infinity symbol (which is the same as the single digit 8 on its side), the energy of the 8 must keep moving, and flowing, in harmony in order to reach true achievement.

The 8 is driven towards the greater good. It’s ambitious, goal-oriented, strategic, and yes – abundant A.F.

But more than anything, 8 is the number of empowerment.

The 8 does not gain power through aggression, violence, or threats – it gains power through patience and energy. Which takes longer to achieve (ahem, been working on it for over a hundred years!) but once achieved, it’s a power that is sustainable, lasting, and valuable.

So on this International Women’s Day, women everywhere will be filled with an insatiable urge to chase the horizon of “more”, “better”, and “fairer”.

Women will be compelled to SPEAK up about inequalities and injustices. Women will be proud to SUPPORT one another, without judgment, jealously, or resentment. Because the truth is, all women have a role to play in closing the gap of gender equality, we have too much greatness to focus on without getting distracted by hating on one another.

From the youngest daughter to elderly grandmother, every woman (however you identify as such) is entitled to be unapologetically themselves. Stop being the “woman” society wants you to be. Who do YOU want to be? What do YOU want to do? How do YOU want to do it?

Stop fearing judgment or waiting for approval. You are a woman. You’re powerful, capable, and worthy. And today, you have the Numerology of 8 to back you up. Ban together. Because together we are unstoppable.

So get out there and change the freakin’ world, babe. We need you.

BACK TO YOUR COSMIC GUIDE TO THE WEEK →