How This Mercury Retrograde Will Change Your Career, Confidence, And Communication 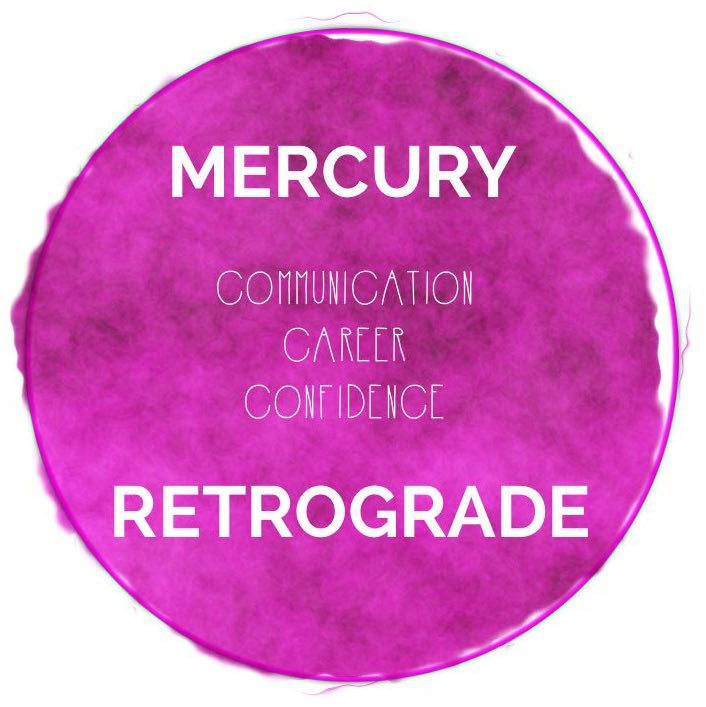 One day after the first powerful New Moon of 2015 on January 20 activated the extraordinary 00 – 11 – 2 code, Mercury switched directions and moved retrograde on January 21.

Merging these two heavenly events so closely together has already helped you to see and embrace your destiny. You are strengthened to implement your visions with a new confidence and persistence.

Ultimately you are seeing the significance of your life.

This is how the current Mercury retrograde code is changing your life:

➼ Mercury stationed retrograde at 17 degrees in Aquarius, activating “Immortality and Wealth”.
➼ The Aquarius New Moon at 00 degrees one day before translated as a “zero point” immortal moment in time.
➼ Venus is conjunct Mercury at 22 degrees, attracting financial security.
➼ The Moon is conjunct with (joined together with) Mercury facilitating a deep integration of your feelings and ideas – absolutely necessary to manifest success.
➼ Mercury, the Moon and Venus lie opposite to Jupiter spreading the Light of JOY into all aspects of your life!
➼ At the moment Mercury moved into retrograde, Saturn lay at a harmonious angle right at Midheaven in the Universal Chart – a glorious indication that your career is poised for success.
➼ Mercury retrograde began on January 21, mirroring the 21st Century of Truth, and ends on February 11, activating another portal into awakened consciousness.

How wonderful this code is! It enhances the energies already begun in 2015.

Look at this beautiful astrology chart revealing the sacred geometry at the exact moment Mercury went into Retrograde… notice the triple purple pointer to Jupiter at 19 degrees – governing the light of expansion and joy about your FUTURE! 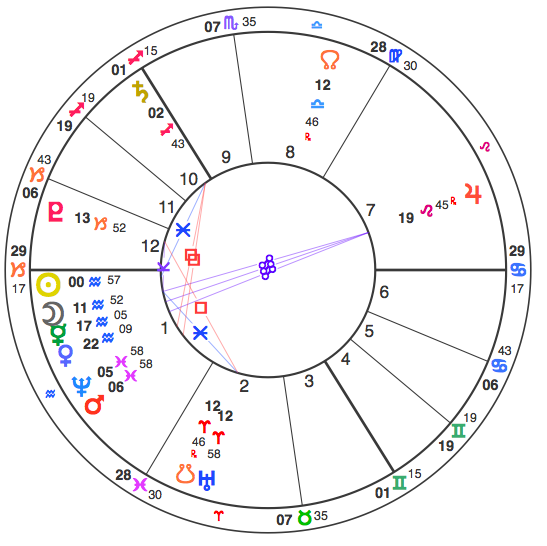 The 3 Cs Of Messenger Mercury

Mercury “the Messenger” at 17/8 degrees is emitting a pulse of expansion, transparent joy and wealth.

The planet Mercury loves being in Aquarius which is an Air sign and bathes Mercury with electrical energy. Air is the element transporting communication, the area of life Mercury governs.

Saturn’s harmonious influence on you over the next weeks, in addition to giving you more career opportunities and responsibilities, also brings you into contact with older or wiser people who share insights that enhance your well-being.

Saturn will also strengthen your confidence. A greater resolve helps you move ahead with your plans, and strategize from a position of confidence.

As with any Mercury Retrograde, you will yearn for more quiet, introspective moments.

You will be prompted to return to an experience you need to fully integrate into your life. And this AHA moment will get you in touch with the core of your being!

No doubt about it, 2015 is already a year of gifts and magical moments. And January, 2015 has begun a yearlong process of discovering what makes you tick, what brings you the greatest joy – what makes you feel like you were absolutely destined to do that thing. This new awareness propelling you forward with a trust and happiness you haven’t experienced before now.

So embrace this Mercury Retrograde moment and listen to the message of the winged messenger.

Trust that your joyful future is unfolding naturally and gracefully.

Leave me a comment below – I’d love for you to share how this Mercury Retrograde has helped you “see the light”, integrate the past, and especially envision your future with a new joyful expectation!