Dig Into 2018’s Earthy Feminine Vibes: A Quick Look at What Next Year’s Energy Will Feel Like 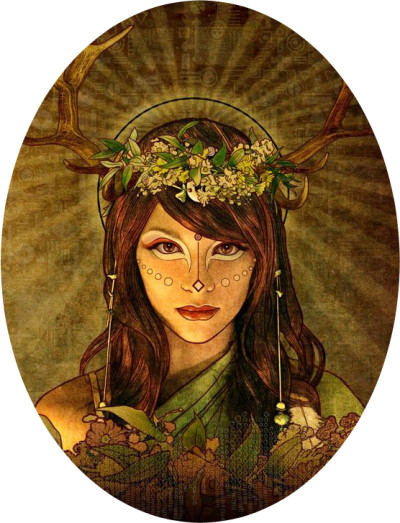 Happy New Year, everyone! We are now stepping into 2018!

2018 is an 11 year, and 11 is known as a gateway number. When you look at the number 11, you can see that it looks like a pillar- an entryway where we leave one place behind and move into another.

11 is also a manifestation number. 1 itself is a number of creation. In Tarot, it is the number of the Magician- a powerful figure who knows that his thoughts manifest his reality.

2 is a number of balance and decisions. We will have choices to make, and need to make adjustments in order to find new footing, since we have been in a time of shifting foundations.

Also, in the Lunar New Year, it will be the Year of the Yang Earth Dog. Interestingly, the Dog is the 11th sign in the Chinese zodiac! The Dog is known as “man’s best friend”. They are closely connected to humans, and share some of the best traits of human nature such as love, honesty and loyalty. In 2018, humanity will be called to triumph over its challenges, bringing forth its top features.

In the previous 2 years, we have experienced so much transformational Fire energy. Now, with this Earth energy, we have a more calm influence. The symbol for Yang Earth is a massive rock or mountain. This signifies that we will be climbing, building, settling foundations and planting seeds.

Here is a Tarot message for the year ahead, which is consistent with some of the themes mentioned above!

Collectively, as well as individually, it has been a transformational few years. And with changes, there is often turbulence. 2018 will be another year of shifts, and though it will be somewhat challenging, it will feel smoother than in previous years.

2018 is a year of transition (as symbolised with the number 11 pillars). We have come so far, and we are completing a phase that we have endured through. As we shift, we have some choices to make. There is fertile possibility. We can more easily plant seeds for the future. What seeds will you sow? Creative energy is potent at this time. What do you desire to create? We will start to build, with the choices that we make this year.

An Abundance of Feminine Earth Energy

There is also an abundance of Feminine/Yin power in 2018, and this is reflected in the Earth energy (a Feminine element) that is prevalent at this time. This lends us a soft, nurturing, motherly energy to support us through our transition.

Interestingly, it will be a Yang Earth lunar new year – symbolizing the duality and balance of the Feminine and Masculine coming together (also symbolized by the 11 pillar), fertilizing seeds for the future.

Have a happy new year, everyone. This is truly a powerful time. Let’s step through those pillars!

Image above by Charlie Terrell.