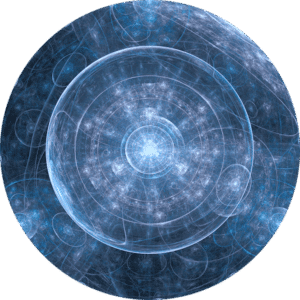 PinOn December 21, 22 and 23 several consecutive Astrology-Numerology alignments are emitting pulsating signals of Rebirth into our lives.

Get ready for a profound Awakening!

➤ December 21 is the SOLSTICE.
➤ When the Sun moves into Capricorn we celebrate the beginning of a NEW SEASON.
➤ Moments later is the Capricorn New Moon.
➤ This New Moon lies at 00 degrees for the fourth consecutive month in a row.
➤ Jupiter aligns harmoniously to the New Moon while residing 22

The number 4, symbolic of Earth and grounding your ideas into physical reality, is triggered during this Solstice / New Moon event:

These events are all happening at the SAME time during a pivotal seasonal and celestial moment – the shortest Day of the Year (or longest day if you live in Southern Hemisphere) and the onset of Winter (or Summer).

As if that’s not enough… 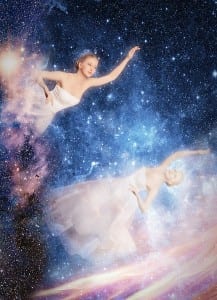 PinIntense, irresistible astro-numerology alignments are laying the groundwork for a major shift in the week PRIOR to the solstice and New Moon. From now through December 21 a natural Realignment and Release Period practically ensures that you’ll take FULL advantage of the opportunities coming your way!

I specifically want to address two events setting the stage for Renewal, Realignment and Reawakening preceding this Solstice/New Moon event.

First, on Monday, December 15 Pluto and Uranus meet in a tense “square” for the sixth of seven times. Squares in astrology spur us into action, when we otherwise might just sit back and let the world drift by. This sixth meeting of Pluto and Uranus is deeply emotional.

➤ The sixth meeting triggers the number
➤ Pluto and Uranus are exactly aligned on December 15th – a 6 Universal Day (15= 1+5 = 6).
➤ Both planets will be at 12 degrees during the 12th – 12 is a higher octave of the single digit 3
➤ Numbers 3 and 6 lie in the “Emotional / Self Expression” Triad in Numerology.
➤ You are releasing deep-seated emotions while also re-aligning your vibrational frequency, so you may feel unsettled and need more rest. Drink plenty of water. Don’t be afraid to FEEL.

The GOOD NEWS is that you’ll have greater access to your spiritual resources than ever before!

The second Astro-Numerology event happens on the SAME day, December 15, when Saturn moves into the FINAL 29th degree of Scorpio, where it will spend one week before moving into Sagittarius on December 23.

In Astrology the 29th degree is called a “critical degree”.

When Saturn, a slower moving planet, “sits” on the number 29 for a period time, especially in a transformational sign like Scorpio, a strong pulsating energy is sent deep into your subconscious, opening up a golden opportunity for unsurpassed growth.

Saturn has been traveling through Scorpio for the last two years (not the easiest placement) and has caused some frustration and a need for patience.

That’s about to change!

However, before moving into Sagittarius on December 23, we have one final push of intense Saturninan-Scorpio energy penetrating our lives. Saturn tests us, teaches us and builds new infrastructures. 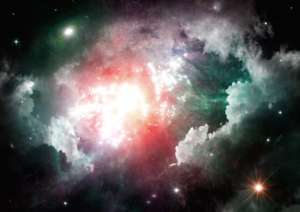 PinWhat To Do With This Abundance Of Energy

Learn to live with ALL life has to offer. Act as if everything coming your way is for the highest good of yourself and others.

With the Pluto-Uranus tension and Saturn at 29 degrees in Scorpio in the week prior to the incredible Solstice/New Moon event, the stage is set for you to let go, to purge, to release — to eliminate every idea, every belief and every person from your life that is NOT harmoniously aligned with your purpose.

Now you are ready for the sacred Solstice / New Moon / 00 Degree Event.

How wonderful to ALSO experience Saturn’s move from Scorpio to Sagittarius a couple of days later! It’s been a long time coming.

You have been handed the most beautiful gift – a “thank you for all your hard work” kind of graduation present.

BE the abundant, joyful creator you were always meant to be.

Embrace ALL of you – the light, the dark, the sadness and the happiness, the visible and the mysterious. Accepting both your light and shadow will give you FULL range of experience to navigate a life of abundance.

Solstices celebrates the Light and the Darkness.

Feel the ecstasy of joy awaken in your HEART.

How are you experiencing this sacred moment at the end of 2014? Are you releasing emotionally or navigating major changes in your life? Please share how you are feeling – I’d love to hear from you!