What Do Your Initials Reveal About The Foundational Aspect of Your Being?

What is a Cornerstone? Just as a cornerstone is the stone in a building identifies and sometimes supports it, the Cornerstone, in Numerology, is the foundational aspect of your being. Just as the word implies, they are found on the corner of your names, as the first letter.

The Cornerstones are used differently in “old-school” Chaldean numerology that they are in the Modern system; the modern technique is the one demonstrated here.

The Balance Number is the arithmantic sum of the Cornerstones. It shows a basic pattern in your life that you will tend to fall back on. It also shows how you stand your ground amidst chaos, confusion, distraction or other forces that could drag you off course.

Let’s take a look at a celebrity example in order to understand how these two methods work, so that you can apply them to your own name, or that of people you have some interest in. George Timothy Clooney has the initials GTC.

A quick look at the modern conversion table above shows their values to be 7, 2 and 3. This would make 7 the 1st name Cornerstone.

While some modern practitioners use only the 1st letter of the first name as the Cornerstone, it may be more precise to use all three (or more) initials, because they are the beginning of the Transit Cycles of the letters that make up the names.

If we just count the 1st letter of his first name as the Cornerstone, we have a value of G = 7, which indicates a private person with the desire for knowledge and understanding who may not be interested in permanent arrangements regarding relationships. This certainly fits his profile as we see it in the news. He leads a fairly private life, lives away from the country of his birth, and has openly spoken of how he has no desire to enter into a marriage.

As far as the Balance Number is concerned, “3” represents the drive for self-expression and originality. This certainly fits a creative actor who has moved into writing and directing in order to maintain more creative control of his projects. 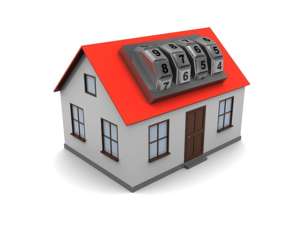 1 – As a Cornerstone, it shows the foundation of the life to be built on self-assertion, achievement and self-interest. As a Balance Number, it shows one who relies heavily on themselves, especially in times of stress.

2 – As a Cornerstone, it shows one who values companionship and association as a basic principle of their lives. As a Balance Number, this person will rely on people skills and on others for support.

3 – As a Cornerstone, it shows self expression and originality as a fundamental drive in the person’s life. As a Balance Number, one falls back on a talent for originality or creative thinking when they are stressed.

4 – As a Cornerstone, it shows that the foundation of the life is built on work, stability and persistence. As a Balance Number, it shows one who falls back on their persistence, dependability and what they can be sure of.

5 – As a Cornerstone, it shows a foundation for the life that is based on change and personal freedom. As a Balance Number, it reveals a person who considers their freedom and flexibility as their greatest asset.

6 – As a Cornerstone, it shows a person who considers home, family and responsibilities as being the foundation of their life. As a Balance Number, one falls back on what they believe is expected of them as their duty.

7 – As a Cornerstone, it shows a life structured on privacy, understanding and the acquisition of wisdom. As a Balance Number, it shows one who relies upon their inner self and acquired knowledge to see them through.

8 – As a Cornerstone, it shows one driven by material achievements such as money, power or the control of their circumstances. As a Balance Number, it tends to rely on the “bottom line”, and the ability to prove things.

9 – As a Cornerstone, it shows that the foundation of the life is based on a broad outlook, but is concerned with doing things their way. As a Balance Number, it signifies those who rely on love to solve problems.

Again, these are very general explanations so that you get the idea. Refer to other keyword lists regarding the meanings of the numbers for more information. As long as you understand that the Cornerstone “is the foundation” and the Balance Number “is what one relies on”, you’ve got it!

What are your Balance Numbers and what do they reveal about you? Leave you comments below!