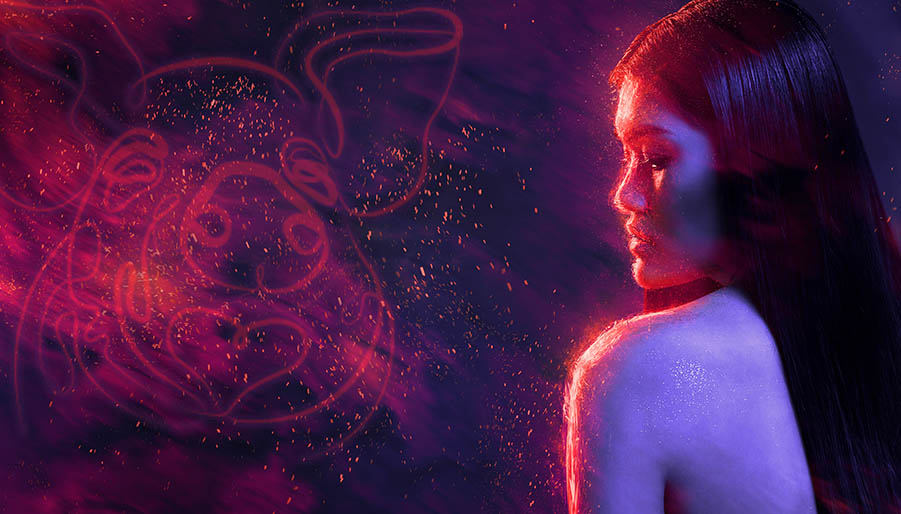 Ever feel like New Year comes a little too…. Early?

While most of us would likely prefer to be deep in winter hibernation and still snuggling beneath the sheets, the calendar flips, the digits change and January 1st calls us from our slumber.

January 1st. The diary date of new beginnings and fresh starts aplenty. When your new life beckons and all you have to do is, well, not quite what you were doing before.

So how is that new diet going?

How is your exercise plan shaping up?

And your daily meditation practice? Or your nightly gratitude journal…?

Could the reason that by the second week of February, 80% of Americans have abandoned their New Year resolutions be down to the fact that we’re just not hard-wired to make significant changes to our lives when still wading through the depths of winter? (Yes, I know you folks in the southern hemisphere DO have the Sun on your side when January swings around, but that low-momentum-emerging-year energy isn’t easy for anyone to work with, wherever you live on the globe). OR, could it be, that instead of lining up neatly with the man-planned year and the convenient Gregorian calendar you’re actually more of a Moon maven than you thought, and it’s the Lunar New Year you’ve been waiting for all along?

Celebrated by millions (it is, in fact, the most celebrated festival in the world!) the Lunar New Year is widely known as Chinese New Year. It coincides every year with the second New Moon after the Winter solstice on December 21 and is celebrated for two full weeks until the Festival of Lanterns, on the next consecutive Full Moon (February 19th) – a timeline that gives us all a little more leeway to get used to the changing tides of the New Year, and emerge as the comeback kids of our own life stories.

Graciously waiting until the eclipse mayhem of the past two months has passed, Chinese New Year hits this year on February 5th, when we welcome in the energy of the Yellow Earth Pig. The good news is that in Chinese lore, the Pig favors fortune! Setting you up nicely for 12 months of financial flow and abundance!

Ruled by the rootsy element of earth, this year of the Pig is set to serve as the container for all of your hard work and the emotional and spiritual labor of the last few years. Following the ignition spark year of the Rooster (2017) and the territory-driven Dog (2018), the Pig carries a restful, optimistic magnetism that almost guarantees success! Yet, if you become just a little too complacent this year, opportunities could easily pass you by. So the method for mastery when it comes to navigating the year of the Pig is to embrace the highest qualities of the overarching energetic signature of this intelligent animal, while pushing your own edges too. This twin technique of navigation will ensure that you’ll emerge from this powerful year with all that you deserve. Who say’s Pigs can’t fly? Here are 3 ways to conspire with this bounteous boar and soar through the next 12 months:

Pigs are strong yet gentle creatures, with an inherent intelligence that surprises a lot of people. Did you know they are ranked 4th most intelligent animal in the world?! It’s their inherent capacity for innovation that really stands out, and this is a trait you’ll be called on to cultivate this year.

You will be pushed to grow.

You’ll be handed opportunities and shown pathways to betterment BUT… following them will mean you’ll have to stretch yourself up and out of that comfort zone. So don’t let your fear getting it wrong put you off taking the first step – perfection is certainly NOT on the radar of the Pig! Instead, accept that mistakes are part of the journey this year, and will likely end up some of your most reliable stepping stones to success.

Pigs care for their young matriarchally. There is a strong feminine essence that moves through the social set-up of these farm-yard mainstays, and not surprisingly in Chinese lore, this animal is dominated by YIN energy. The receptive, adaptive and insightful tone of the Pig reminds us of the importance of partnership. Its energetic influence in your life this year means that to finally reach those heartfelt goals, you’re going to have to collaborate.

You can’t do it all by yourself.

So whether it’s family, friends, mentors or experts… reaching out for support and service will multiply your chances of success in 2019!

Ever watch a pig on its home patch, and they’re the social butterflies of the farmyard! They sleep in nests snuggled up with each other, they groom and care for their kin and show genuine distress when witnessing another animal in pain. And their bonds aren’t saved only for their piggy pals – there’s no speciesism in the sty. These animals love you whatever you are…. Cue huge lessons in tolerance.  If you’re going to make waves in your own life this year, it’s time to strip back judgment and criticism and let other people live the lives they came here to live.

Why 2019 Is Your Year of Abundance

It may not be a western standard of success, but the chubby cheeks so beloved of the pig are a synonym for good fortune and prosperity in Chinese tradition. The vitality, optimism and general good luck of the bounteous boar are not taken lightly.

If you’re willing to believe it, good things will happen for you and the people around you this year!

But to see them and welcome them in with open arms, you need to stay focused on the bigger picture. Get wrapped up in petty drama and the gifts of the year could easily pass you by. And when opportunities DO arise, leap! A common element of sabotage that trails around after many a Chinese Pig is procrastination (born in 1935, 1947, 1959, 1971, 1983, 1995, or 2007? You’ll know just what I mean!) Action dominates for at least the first half of this year – take a leap of faith and trust that your piggy wings will grow on the way down!

Lift that snout up high as you fly, and seize the day!

How are you feeling about this ‘second chance’ for a New Year, and a new beginning? What are your big plans for the next 12 months? And are you ready to grab every opportunity with both hands!?