Can this ONE NUMBER Reveal the Future of Meghan Markle & Prince Harry’s Marriage? 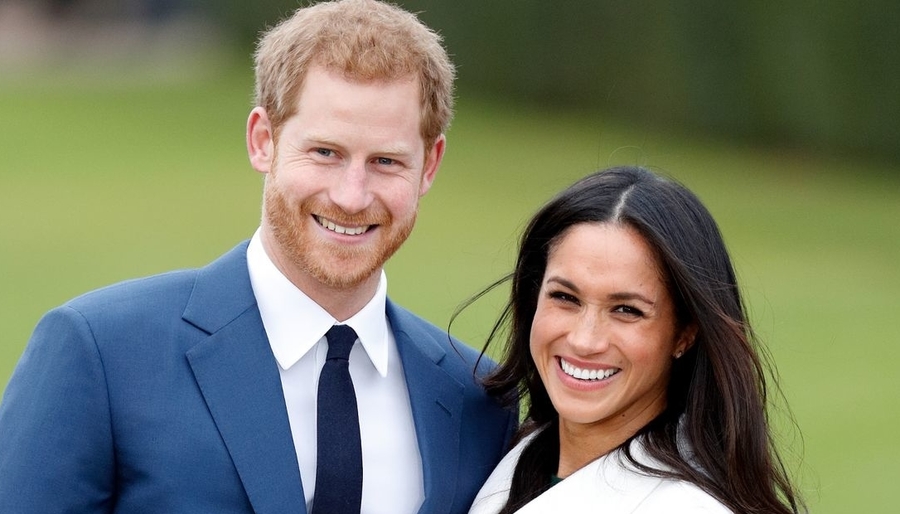 PinThe biggest day of the year is almost here!

The special couple has been glowing since they announced their engagement back in November of 2017, and plans for the Event of the Year have been in full swing for months. But what everyone wants to know is, when the vows are made and the champagne drunk, what will married life hold for the pair? As two headstrong young people from such different backgrounds, are they actually compatible long term? And are there any surprises for them waiting around the corner?

Whilst many forecasters have spent weeks drawing up astrology charts and looking at aspects and planetary alignments of the royal couple to be, we’ve had our heads … of course … in the numbers! If you’re unfamiliar with it, Numerology can be incredibly revealing when it comes to love and relationships, offering clear insight into all aspects of life. So let’s take a look at the core numbers in Meghan and Harry’s charts, and see what they have in store …

Numerology Compatibility of the Royal Couple

This shows that both have a strong work ethic and are willing to persevere to get what they want.

Harry’s Life Path 1 gives him the tendency to go it alone – known as the “wild child” of the royal family, he’s not always been one to willingly accept the formality expected of him. So perhaps the grounded, stable energy of Meghan’s Life Path 4 is exactly what he needs? The number 4 responds to tradition, structure and established customs, all of which will play a large part in her new role as Harry’s wife.

But the 4 isn’t a number that will sit and accept the status quo – as their lives progress together, Meghan’s drive to build, improve and refresh the systems around her, will become clear. She could be a powerfully creative force within the couple. Led by Harry’s pioneering 1 Life Path, could these two revolutionise the way the Royal Family as a whole, make their mark in the world?

Complementing and giving shape to the Life Paths of Harry and Meghan, are their Expression Numbers. Meghan (full name: Rachel Meghan Markle) has an Expression 11 and Harry (full name: Henry Charles Albert David Mountbatten-Windsor) has an Expression 4. It’s instantly clear that this 4 in Harry’s chart aligns with Meghan’s Life Path, and together these two will accomplish great things!

But in addition to the tenacious firepower these two hold, is a great depth of honesty and integrity. The 4 pays attention to details and doesn’t shy away from hard conversations.

These two are devoted.

Megan’s Master Number 11 brings a spark of something special, and no doubt drew Harry’s attention in the first place. Expression 11s are often conduits of visionary ideas and perspectives and often have the rare gift of being able to apply these ideas, to improve the lives of many, many people. So it’s fascinating that since becoming engaged to Prince Harry, Meghan announced her intention to retire from acting and pursue humanitarian work. (For a more in-depth analysis of Meghan’s Expression Number, follow this link).

Meghan’s Expression 11 is echoed in Harry’s Life Path 1, and his Soul Urge 1 (the Soul Urge being calculated from the vowels in a name. Follow this link to read more about Harry’s Soul Urge 1). This evidences the strong, independent and self-led qualities of both he and Meghan. The couple will certainly need to ensure they don’t lose sight of their coupledom and drift apart, with such willful and ambitious numbers peppering their charts.

But tempering all these 1s is Meghan’s Soul Urge 9, which aligns closely with her altruistic motivations and must certainly remind Harry of his late mother, Diana, and the incredible work she did around the world.

Commonly used in quick numerology compatibility tests, the Birthday Number can be surprisingly revealing when it comes to love. This is because it offers an overarching energy that fuels what people do during the middle portion of life (from around 30 to 60) – their most “Productive Cycle” and the period of life when relationships tend to get serious!

Meghan’s Birthday Number is 4, and Harry’s is 6. Clearly, as a base from which to grow into her humanitarian work, Meghan is seeking the grounded security that (we hope!) marriage will bring. In turn, it looks like the energy of Harry’s Birthday 6 is just what she needs: The 6 is nurturing and certainly the most family-oriented of numbers, so based on the this, it won’t be long before the patter of tiny feet will be heard in the royal bedroom!

But can Harry and Meghan combine all of these core numbers and make a relationship that lasts? Is there 1 number that can actually reveal what their future holds?

This is a simple calculation that professional Numerologists make to reveal the vibratory character of the relationship itself. (For more information, and to calculate your own, follow this link.)

Meghan and Harry’s relationship Number is 11.

This is a highly spiritual number, and again, aligns with the abundance of 1s already in the core charts of the couple, but this time we see the undertone of the 2. The 2 offers partnership, cooperation and well, love! Meghan and Harry will have to work hard on these, though. It is the destiny, and the highest potential of their relationship to express harmoniously and in absolute union but this number doesn’t come without challenges – in order to fly as high as is possible, there’s no pretending they won’t have to work through some serious blocks.

But we have high hopes!

Ultimately mirroring the 11, Meghan and Prince Harry stand as two pillars in this marriage, rooted down into the Earth and reaching up into the skies.

Together, they are most definitely more than the sum of their parts and we wish them SO much love and many blessings for their future together!