Can Numerology Be Considered A Paranormal Phenomenon?

By The Numerologist TeamJuly 18, 2012Numerology 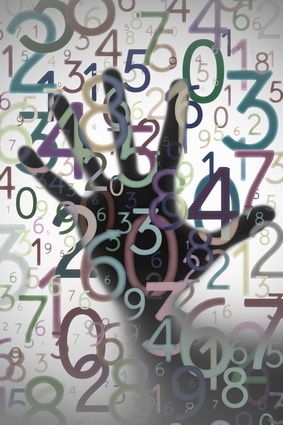 When people talk about a paranormal phenomenon, it’s usually about encounters with ghosts, UFOs or mythical creatures — rarely do they discuss numerology or the ancient science of numbers. Come to think of it, numerology explains facts about a person that are often hard to fully comprehend and explain (especially to those who need to know the reason why things are how they are), and this nature is what makes it a paranormal phenomenon. Why does the number one indicate such characteristics? Why does that kid in the TV series “Touch” interpret life with numbers? How can people like Nostradamus see beyond the presentation of numbers? There are just too many aspects of it that are beyond what can be conceived and perceived as normal. So, can a numerologically-predicted event be considered a paranormal phenomenon? The answer is yes.

In a person’s lifetime, she will at least have witnessed events that had been predicted by the likes of Nostradamus hundreds of years before, like the rise of Napoleon and Adolf Hitler to the September 11 terrorist attack on the world’s super power country. While non-believers claim that such predictions were open to interpretation such as what Nostradamus had written supposedly about 9/11: “In the City of God there will be a great thunder, two brothers torn apart by chaos while the fortress endures, the great leader will succumb. The third big war will begin when the big city is burning,” other predictions actually have more bearing. Those who have watched Glen Beck on his old FOX show may have noticed how he accurately calculated important numerology behind the globally-threatening problems of the United States — he didn’t acknowledge the ancient science of numbers. Of course, it’s more like physics or statistics actually, but the correlation is definitely observable. But doesn’t this illustration negate the earlier claim that numerology can actually be considered a paranormal phenomenon? For this, it’s also a yes.

Numerology is not for those who are inclined to question as the human brain has a compulsion to challenge concepts, but numbers are pretty absolute and this is something everybody learns in arithmetic. How these absolute numbers determine future situations or secret traits, and who assigned these numbers’ “life” values anyway, will remain to be some of life’s big enigmas. Numerology is still a great consideration if you wish to have a better perspective of your inclinations that you just do not fully understand. You have to start with yourself though before you reach that level of acceptance that in many ways life here on earth is truly determined by numbers. Acceptance is not about satisfying the “why,” it’s the state of being fine no matter how the pursuit ends.