Calculating Your Special Traits and Lessons

By The Numerologist TeamJanuary 24, 2010Numerology

Here we are going to examine the Special Traits and Lesson Numbers that occur in you full name. This is quite a different method of divining with numbers than you may be used to in this course as these interpretations are based on how often a number equivalence to a letter repeats in your name. The interpretations also factor in the absence of a number equivalence in your name.

To do this you will be using the same chart of numerological equivalencies that you used to calculate your Life Expression number, which is also based on your full birth name.

The number of times that a number repeats symbolizes special traits or talents that you may possess. For instance if your name contains a lot of threes (which usually symbolizes a life as a performer or entertainer) then you might be well off with a career in the public spotlight.

On the other hand if your name is lacking certain numbers then the deficiency symbolizes issues or karmic factors that will present themselves as lessons, obstacles or issues that you need to work on in your life. For instance, if your name lacks the number 8 (a number that symbolizes material wealth then it is very possible that economic hardship might be a repeated theme in your life.

Your first step is to refer to the chart that is used to calculate your Life Expression number to calculate the values of EACH letter of your name.

To simplify this process make yourself a small, simple chart that looks something like this.  You will notice in the chart below that there is a listing of numbers that represent the average number of times these numbers occur in a name.

Your next step is to identify the numbers in your name and compare them to Average Occurrence numbers. This will help you determine if you have 1) an average number 2) an above average number or 3) a below average number. The interpretations for all three categories will be provided in the next newsletter.

Tom Cruise As An Example

In the meantime let’s take actor Tom Cruise as an example. He was born as Thomas Cruise Mapother

We then apply the chart above to Tom Cruise’s name. 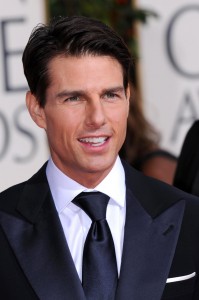 The above average presence of the number 1 signifies an assertive, proactive individual in life, who usually gets his way,

The above average presence of the number 2 signifies a happy and harmonious individual who is faithful, adaptable and has an appreciation of the arts.

The above average presence of the number 4 demonstrates an ability to apply oneself and work towards long term goals.

The above average presence of the number 8 signifies wealth and prosperity.

Cruise’s major issue or life lesson is symbolized by the deficiency of the number 5 in his name. The number 5 means a dislike of crowds and the public and perhaps considering oneself to be above the normal fray of humanity. He may find it hard to meet new people or to connect to others on a one on one level.

Here is a run down of his average traits – where he neither excels nor fails.

The average number of 3’s in his name means that he may not push his talents or go out of his way to be the life of the party.

The average number of 6’s in his name signifies a born teacher and caretaker.

The average number of 7’s in his name signifies an intelligent individual who is analytical and not afraid to ask question.

The average number of 9’s in his name reveals a genuine concern for mankind and a morally upright attitude.