Did you know you can use astrology to help you decide on your next vacation or choose your ideal living locale for health, family, wealth or career?

Most of us are at least a little aware of astrology as an ancient study of the stars and their correlation with our human lives. But did you know it’s possible to use the information contained in your birth horoscope to understand where in the world is best for you?

In Part 1 of this 3-part blog series, Dawn gave you the basics of how astro-location works. Here in Part 2, you’re going to get a few examples from real life!

Even folks who otherwise ascribe to the correlative clarity of a good astrology reading often raise an eyebrow at the notion of location-based prognostication. That is, until they experience it first-hand!

Take the story of my friend “Sandra.” Sandra is an experienced world traveler whose spent time in a number of 3rd world countries, and many ‘1st’ world ones as well. About 2 years ago, she made a move to a small town in Colorado to be closer to her grand children. Within months of her settling in, she discovered she had a nasty case of parasites in her gut – yikes! As she was taking action to get rid of the ‘critters’, she happened to go to an astrologer versed in locational astrology. Turns out, she was living directly under a Pluto line! 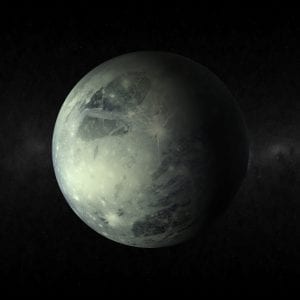 What do Pluto and ‘critters’ have in common? That which is hidden, buried or ‘in the dark’ coming to the surface. Why? Because Pluto’s energy brings what is buried to the light (and sometimes rather unpleasantly!)

Did she get the critters there, or did they simply ‘show up’ more clearly? We can’t be sure. But as a crazy cross-check, I want to share with you how I heard this tale …

As a fellow Coloradan, I asked her why she had moved away. She told me only that she had found out she was living under a Pluto line. Here’s how the conversation continued:

Dawn: “Did you get parasites?”
Sandra: “OMG Yes! How did you know?”


How did I know? Because the first time I went to India I headed directly under a Pluto line. I had a gut-load of very busy critters within days!!

Don’t worry – you’re not destined for intestinal bad guys if you accidentally cross a Pluto line! I know another woman who was born and raised under Pluto’s influence. Turns out, she has the courage and capacity to step into war zones around the planet in order to ‘bring to light’ the stories of the women and children who are silenced by violence. Talk about leveraging the power of Pluto!

Here’s one more (personal) story to illustrate what’s possible when you work with locational astrology. Almost a decade ago I knew the timing was right for me to live overseas. It had long been a dream to live in a foreign land in the tropics. So I went to an astrologer to figure out where in the world I should go.

Turns out I was able to move to a place that was under the ‘cross-hairs’ of my Sun rising and Sun mid-heaven. 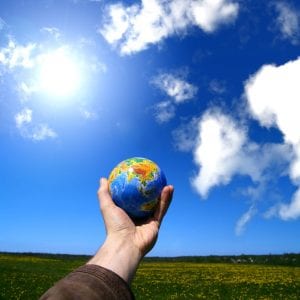 Why did I choose this place? Well, no surprise that I was drawn there anyway, since we’ll always feel good under our Sun lines. But specifically, I went there because I wanted to launch a second career as a writer. And under your Sun sign, you have the energies necessary to assist you with:

Since I already knew that writing & communication were the areas of my greatest strength, Bangkok, Thailand was a no-brainer.

The Results? I was publishing within the very first month of being there, and it launched me into a career that took me to some of the most exotic (and luxurious) places on Earth! I happen to love traveling but if you’re a home-body and prefer to stay put, there are still plenty of ways to reap the benefits of locational astrology. LONG before I ever moved to Thailand my life became powerfully transformed through my Thai teacher and Thai boxing practice…

Have you ever been surprised with a raise right after moving into a new house? Or received an unexpected bonus after returning from vacation? Or been offered a new job in a different city? There might be more to it than you previously thought! How as your zip code affected your success? Tell me your experiences below!

In Part 3 of this series, you’ll find out more about Astro-Location and how you can use it for even fun things like taking a perfect vacation!

Born on April 24th, 1965, Dawn DelVecchio is a 4-4-9 (Life Path, Expression, Soul Urge). This combination lends itself to a life of Spiritual Purpose, achieved through solid skills and a reliable character. Dawn has studied many healing and wisdom systems over the course of nearly 30 years, including Tarot, Astrology, Shamanism, Reiki, Herbalism, Sacred Ceremony, and some Numerology… she's excited and honored to help anyone seeking deeper wisdom, greater insight and a happier, more self-aware life!