Unlocking the 7 Layers of Your Aura Will Make You Finally Understand Yourself! 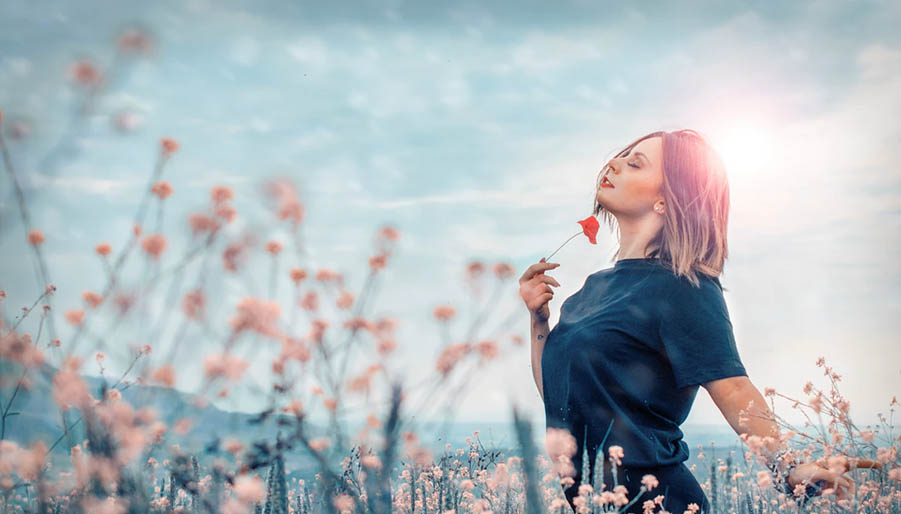 SO What Actually IS an Aura?

Every living being, whether human, animal, plant or crystal, has an aura…. Yes, everyone!

The aura is most often described as an “energy field” and sometimes more scientifically defined as an “electromagnetic field” surrounding the body, extending outwards in all directions, forming a large, cocooning oval, or egg shape.

The auric field is generally made up of many different colors, although you’ll have one primary color covering the largest part of your aura, at any one time.  When healthy, your aura will pulsate with a bright hue and extend many feet around you. But when unhealthy, blocked or imbalanced, the color of your auric field will be dull, and it won’t extend as far out from the limits of your physical body.

Often referred to as the “subtle bodies” the aura is actually comprised of 7 distinct layers, not the single vibrating field that you may at first think! These are connected to the 7 chakras and correspond with 7 levels of human experience. But it can be really hard to detect each of these individual layers, and even those who are well practiced at perceiving the auric field can struggle to see them all!

But, you don’t need to actually see these auric layers to sense and feel them around you. Once you know what they are, you can work with them by tapping into them in other ways, such as tuning into your emotions, your thought patterns and even the health of your physical body!

Here’s a rundown of the 7 layers of the aura, so that you can begin to feel into what yours is saying about you!

This one sits closest to the physical body, taking its shape and extending only about 1 cm. It corresponds closely to the health and vitality of your bones, tissues, muscles blood and physical bodily systems.

It is connected to the red-colored root chakra, which sits at the base of the spine.

Its color ranges from pale blue through to violet and silver-grey.

The etheric body is the easiest layer of the aura to see with the naked eye (you may be able to see yours around your hands, after briskly rubbing them together for 30 seconds) and is stronger in those who are physically fit and active.

This layer sits second from the physical body, just above the etheric body. As the name suggests, it corresponds to feelings and emotions.

It extends 2.5 – 7.5cm out from the physical body and is connected to the orange-colored sacral chakra, which sits just below the belly button.

The emotional body can take on any color, depending on the most common emotional patterns played out by the individual, and will change according to changes in feelings. Because of this, its appearance can be very fluid. During times of stress and anxiety, it will become dull and muddy and will also show up dark spots and areas where emotions are blocked and stagnated. 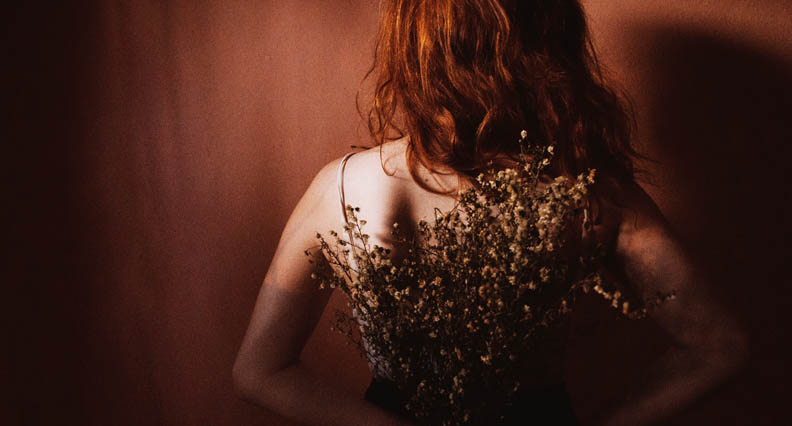 This layer sits third from the physical body, above the etheric and emotional bodies, extending 7.5 – 20cm.  As the name suggests, it corresponds to the mind, cognition and the mental states.

It is connected to the yellow-colored solar plexus chakra, which sits just below the sternum, between the lowest pair of ribs.

The mental body is golden yellow in color and because this auric layer is connected to the mind, it can be perceived most clearly around the head and shoulders but does encompass the whole body.

It’s stronger in those who engage their minds over their other senses and appears to glow when you are mentally concentrating.

This layer sits fourth from the physical body, above the mental, emotional and etheric bodies and extends 20 – 45cm.  As it’s the middle of the 7 auric layers, the astral body is often referred to as a bridge layer, connecting the earth-bound senses and functions with the universal ones.

The astral body is connected to the heart chakra and relates closely to how we express ourselves through the heart. It, therefore, corresponds to the relational bonds we have with other people and is the origin of the astral cords which connect us to others. It’s also the center of healing for every individual.

The mental body is generally pink in color but can contain different shades. It radiates stronger and more brightly around those who are in loving relationships but dulls and weakens when love is withheld, during times of conflict or when the heart chakra is weak.

This layer sits fifth from the physical body, above the astral, mental, emotional and etheric bodies and extends 45 – 60cm. It contains the energetic blueprint of your physical body and is actually comprised of the matrix in which your physicality begins to form.

It is connected to the blue-colored throat chakra. Like the throat, which channels the breath and the spoken word, this auric layer is what brings into being everything that is created on the physical plane. It’s in this auric layer that illness and disease can be detected before manifesting in the physical body and therefore can be healed here first too.

The etheric template can take on any color. It radiates stronger and more brightly in those who are able to express themselves authentically and feel free from limitations. 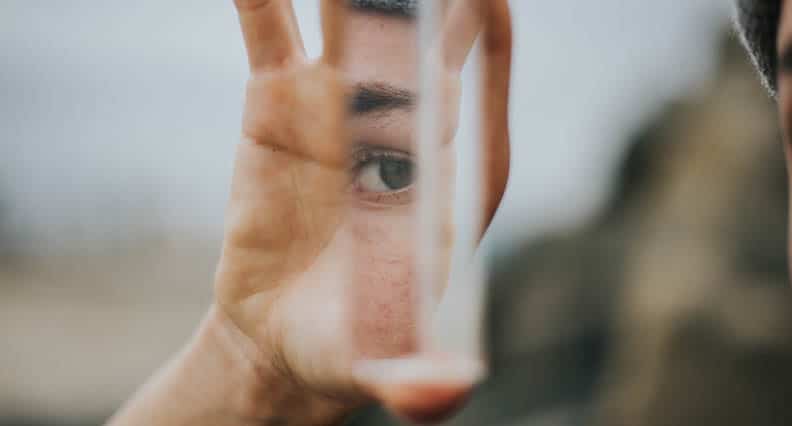 This layer sits sixth from the physical body, above the etheric template, the astral, mental, emotional and etheric bodies and extends out around 60cm – 85cm.

It is connected to the indigo-colored third eye chakra.

The Celestial layer is closely connected to “God” or unity consciousness, forming the loving connection that exists to all other beings. It is where intuition can often be felt and whilst being one of the strongest auric layers, it can also be the hardest to detect. When seen, it will often appear as a shining white or iridescent color which some describe as mother of pearl.

It radiates stronger and more brightly around those who are in close connection to the Spirit worlds and tuned into their intuitive senses. It’s also strong in those who are able to channel angelic messages and guidance.

This auric layer sits farthest away from the physical body and extends out by around 75 – 90 cm.

It is connected to the crown chakra, which sits on the very top of the head, facing upwards.

The ketheric layer corresponds to divine consciousness and contains all of the experiences, karma, contracts, programs, and patterning that your soul has ever, and will ever experience.

It holds every other auric layer and each chakra together with tiny glowing threads and forms both the interface and the interconnection between an individual and everything else.

It is golden in color and pulsates at a rapid rate.

Unlocking this layer leads to a deep understanding of the order of the universe (and your place within it) and the ability to tap into the Akashic records and access not only your own past life memories but those of anybody else.

Whilst these 7 layers can be described as distinctly separate bodies, they do, in fact, intermingle and merge with one another according to your everyday experiences.

And what is highly misunderstood, is that you don’t actually need to be able to see each layer, to work with it. Simply closing your eyes and feeling into your aura will reveal an incredible amount of information about what your auric field contains, and the state of each layer.

How to Heal your Aura: What to do if your Auric Field Feels “Off”

So you’ve spent a little time feeling into your aura, and something isn’t quite right.

Sometimes, things can feel murky, tense, or ‘stuck’. It’s not as easy or straightforward to describe or diagnose as a physical ailment, but when the energy in your aura isn’t flowing as it should, you know it. And it’s a definite sign that something’s amiss. So what can you do to heal and gently re-align your auric field?

Here are a few quick fixes to try at home:

Try this, and see what comes up for you. Then share your experiences with us in the comments below! 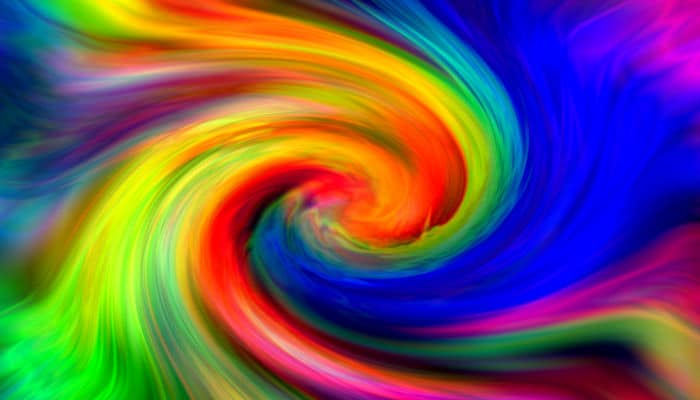 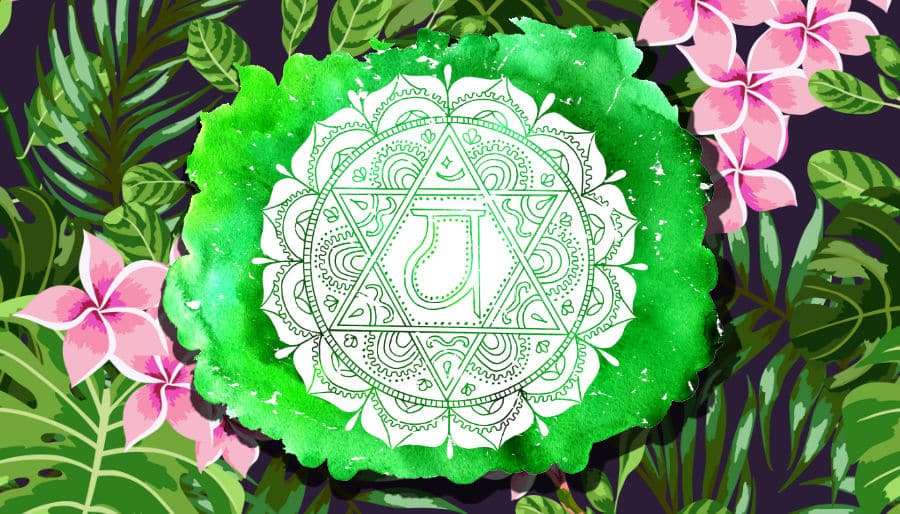 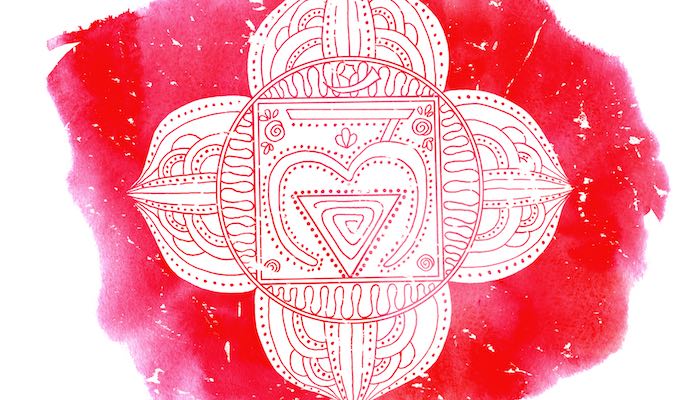 RED FOR RESISTANCE: 5 WAYS TO STIMULATE YOUR BASE CHAKRA FOR ACTION

Jan 2022 Starseed Forecast (Pt 1): Explore Your Life's Mysteries
(2+0+2+2) Numerology Predicts 2022 Will Be Your Best Year Yet
Yearly Numeroscope: Your Numerology Forecast For 2022