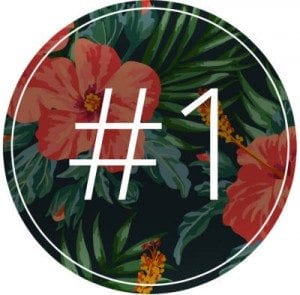 One of the reasons you simply can’t resist making New Year’s Resolutions is because you’re feeling a very real, very profound shift in energy from one year to the next. By the Numbers, it’s undeniable.

In Numerology, there is something called a Universal Year.

The Universal Year is like the landscape or terrain you’re driving through all year long and is calculated by adding the numbers of the current year together.

This is different than the Personal Year, which is calculated from your individual birth date and tells you more specifically what you’ll personally be working with during the year.

You can think of the Universal Year as the state or country you’re driving through on your yearly “road trip” and the Personal Year is more representative of the points of destination you individually choose to stop at as you “travel” throughout the year.  Yet for now, let’s focus on the Universal Year.

2017 is a number 1 Universal Year in Numerology.

You calculate the Universal Year by simply adding the numbers in the current year (in this case, 2017) together like this:

So what about this 1 Universal Year? 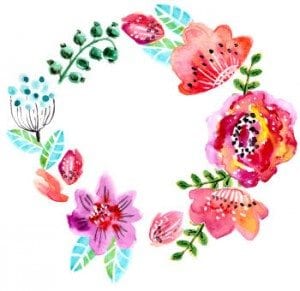 2016 was a number 9 Universal Year and even though I certainly can’t speak for everyone, I feel there might be an over-all consensus that the year held out some major changes on the global scale.  Big cultural issues received a scorching spotlight and in the U.S. the election is decided (in a manner of speaking)—like it or not—is vital to how world politics will be calibrated for this next go-around.  The happenings incited in 2016 are catalysts for deeper change in the world and therefore the shifting happens in increments—not overnight.  Yet the tumultuousness and violence serves to wake many people up and push us out of complacency.  We are forced to take a stand, take action, and step up—to make voices heard.  And no, we won’t do this consistently.  It’s a practice sport like anything else.  We will continue to be pushed beyond our conceivable limits and collectively will determine what we’re really made of and who we want to be.  Love or Hate?  Fear or Oneness?  We’re collectively teetering on a precipice of choice.

The 1 Universal Year is the beginning of a new cycle.

It’s a year where we’ll all feel a bit of relief that things are moving forward, even if it might feel ever-so slow at the get-go.  It will pick up momentum a few months into the year as the fog lifts and suddenly things that might have been right in front of our faces (yet invisible before) are now coming into focus and unfolding into place.  The energy of the 1 is all about independence, initiation, achievement, and creative individuality.  2017 is the beginning of a new chapter for the world.  It’s a new start.  It’s a year of initiation, of ground breaking, of planting the seeds we collectively want to see grown in the next nine-year cycle and beyond.

What are the keys for success in a 1 Universal Year?

Plant the seeds we want to see grow for the next nine years (and beyond).  This is not the time to be indecisive.  It’s not the time to carry over anything from 2016 that we know needs to be released.  It’s the time to be selective about what we bring into our lives and what we allow to remain. Metaphorically we’re planting the crops for our eventual harvest.  We must choose fertile ground, properly cultivate it, and get it ready for planting.  We must choose the seeds we’re planting. Then we must have a plan for watering, sunlight, ongoing fertilization, weeding, and general care.  Is it a smaller garden we’re planting or are we expanding the farm?  You get the picture.  It’s our time to focus on creating something new and more in alignment with our collective higher selves and highest potentials.  Yet it takes focus, initiative, and drive. 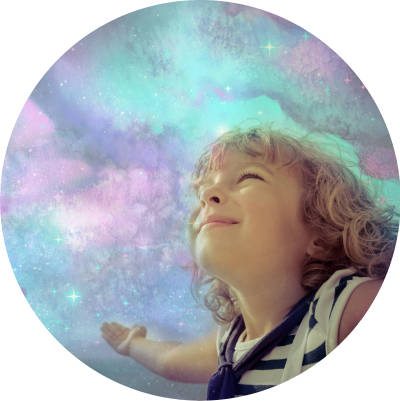 This is the time to strengthen our sense of independence.  This is a Universal Year where we’ll have a bit of a narcissistic streak.  Did you ask about me, me, and—oh, let’s talk more about me!  The energy of the number 1 is—you guessed it—all about #1.  So there will be a tendency for all of us—particularly the “world powers”—to glom onto their own needs (or fears) at the expense of including the needs and points of view of others.  The highest and best use of the number 1 comes when its pioneering spirit and resilient creativity is being used for the collective good rather than personal gain.  Yet there’s often a challenge in that arena.

No time for slacking.   This is the final year of what I call a three-year “push” time universally.  This intense period of transition was activated in 2015 (the 8 Universal Year) and comes to its peak in 2017.  2018 offers a more slow-moving experience—so keep that in your back pocket—yet not right now!  This year will test everyone’s endurance and our collective ability to “fail forward.”  There will be things that transpire on the world stage that—let’s face it—will be wrong across the board.  And yet the key is to learn from them rather than use them as weapons for even more wrong and misguided choices.

Leadership is calling.  The energy of the number 1 demands that we step into taking the lead, defining a path, and making things happen.  It’s not the energy of idle chatter or lack-luster goals.  2017 is the springboard into the future, so let’s go! How can we dynamically and realistically reconfigure our world to be more inclusive, more humanistic, more loving and compassionate?  Is it possible?  What are the baby steps we all can take in order to make this new blueprint of the world a potential reality?  People world-wide are being called to step into their power and tune into the bigger picture by making real connections and real change on the microscopic and macroscopic levels.  Act locally, think globally is a great mantra for 2017.  This concept is crucial for moving into a new paradigm initiated in this 1 Universal Year.

Time to embrace our weird authentic uniqueness.  Yes.  It’s true.  We not only have permission to step outside the lines, we’re being called upon to do so.  The “old way” just won’t work and the “new way” is yet to be established.  And it won’t be a linear process.  There’s movement toward unveiling the delusions we have around what is “right” and “wrong,” “normal” and “not normal,” “good” and “bad.”  As we deconstruct these very foundational belief systems, there will have to be some experiments to see what can take the place of the worn out or defunct paradigms. The energy of the 1 Universal Year supports healthy independence, originality, leadership, and a creative pioneering spirit followed up with action.

And so what are the challenges?  Universally, we can default to being self-absorbed rather than working toward common goals.  And one of the tendencies when working with the energy of the 1 is a crippling lack of healthy self-esteem.  And when this happens the reaction is to lash out—to become the cynic, the victim, to level crushing judgment on everyone and everything without taking personal responsibility for our role in the hot mess we might find ourselves engaged with—whether that’s politically, environmentally, or in any other aspect of life.  This is the year of “hard knocks” and yet it’s crucial to have “failures” before uncovering the optimal path.  The key is to think “curiosity” rather than “my way or the highway.”  This is an expansive cycle when we are open to exploring solutions that are new and revolutionary.  The number 1 is the pioneer.  This is a great way to frame the theme for our 1 Universal Year:

“Things are not getting worse, they are getting uncovered. We must hold each other tight and continue to pull back the veil.

Felicia Bender Ph.D – The Practical Numerologist is the author of Redesign Your Life: Using Numerology To Create the Wildly Optimal You. She’s passionate about helping people use numerology as a tool to improve their everyday lives. She’s a contributor for The Elephant Journal, The Numinous, and is resident numerologist for AstroStyle.com. See her at FeliciaBender.com.