As a writer, it’s probably no surprise that I love reading poetry.

But not all poetry. My favorites are the kinds where words are distilled down to their essence, placed sparingly and allowed to shine out like little stars. In fact, the poems that sing to me are a lot like spells – incantations – where every word is exactly chosen for its precision, meaning, and intent. 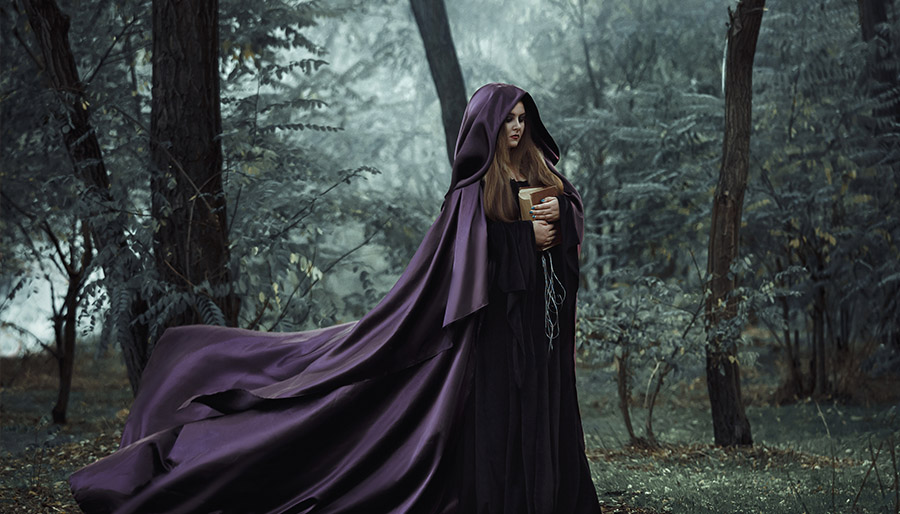 PinSo I was pretty excited to hear about the debut release from the publishing house Ignota Books, entitled “Spells: 21st Century Occult Poetry”. A collection of 36 poems from contemporary writers, Spells is an exploration of the hidden, the mystical and the magic that ripples through the world around us. The thread of connection between poetry and spells is here in plain sight. What witches have always known – that words contain a power of their own – is described in detail, inside the pages of Spells, carefully curated by editors Sarah Shin and Rebecca Tamas. 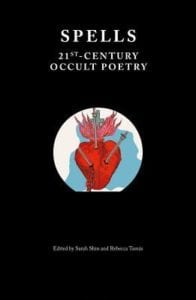 Pin“Spells are poems; poetry is spelling. Spell-poems are vehicles of change that take us beyond the borders of the rational into a place where the right words can influence the universe.”

– They write in the book’s introduction. Calling for writers from “the four corners and the six directions”, Shin and Tamas aimed to create with this book, ‘sacred space away from everyday experiences of violence and harassment’. Not an escape, writes So Mayer in the introduction, but ‘a space for healing and liberation’.

The poems range from the deadpan, almost textbook-excerpt factual, to darkly feminist humor, and back again. Daisy Lafarge’s Incantation against Mumsnet is an illegible concoction of web-speak acronyms (and hilarious for it – as anyone who’s browsed this almost uniquely female forum will agree). Reflections on Shame in Sacred Spaced by Kate Duckney grants us a bittersweet gaze into the mind of somebody who’s trying. But who is she trying for?

Most of the poems contained in Spells are long. You won’t be able to digest them in one go. But like all the best poems, their words combine in unexpected ways, they are harsh, real and beautiful all at the same time. So take your time, move slowly and allow the magic to unfurl at its own pace. I promise – much will come from savoring what you find inside the pages of this book.

Here, we have a couple of excerpts from Spells. Take a look, and tell us what you think.

I used to be a witch

Say it was what it was supposed to be

Say love me love me I used to say love me

I used to wear a long black coat

And swab my staff at everything

I used to sing and sing and it was for nobody

Except the ghouls who peered at me from under the bed

I used to kill off the dead

Until they were my lovers

I used to pin the legs above the head

Until I could have my way with the dead

And ride a horse that did not exist

I used to go in, with a dark cat

And mix a thousand herbs together

But it was the new year

And the cats, instead of keeping still

Wanting to cry in the morning

I used to cry into the morning

I used to sit alone, I used to be a witch

Then you came along

I used to be only what the nighttime knew

And on a golden broom, I’ve sent you flying

The people will now look at you

The spell will only be

What Chani Nicholas told me

The morning my mother gave up

on coaxing me out of her vagina,

to being cut open, I was born in a placement

“under the sun’s beams”.

I plucked hymns from wading

in the warmth amniotic sea.

And no one was bearing me out

unless my home was sliced in two.

How I see Chani:

Human and emailing to help with a Moon course.

The stars when I emerged:

Close to the sun.

Chani knows the term is archaic, gives its history

for mystifying chart, points to femmeness and creative wombs

My body has become.

She speaks of my birth placement as archetype:

“In the myth of Inanna, this is when she dies

Sometimes the river with its faint whiff of tombs,

hand in its water, laughing back at abled prisons.

Coming into a thirty-third year of survivorship,

counting from when they slit my belly-sky roof

to burn under the Sun’s beams, rippling the empyrean,

My orbit of all thing rebirths itself;

Chani tells me how, but I am ready, and already:

Firmament-heavy. Beaming back at the burning gaseous.

from all my house placements, Taurus rising half-dead,

of my mother’s Minang house, our clan house

back in the Tanah Datar village, its roof shaped as horns.

Get hold of a copy of Spells: 21st Century Occult Poetry from the Ignota website HERE.

Or buy it from Amazon HERE.