Why Men Stop Calling
(Hint: It’s Not Your Fault) 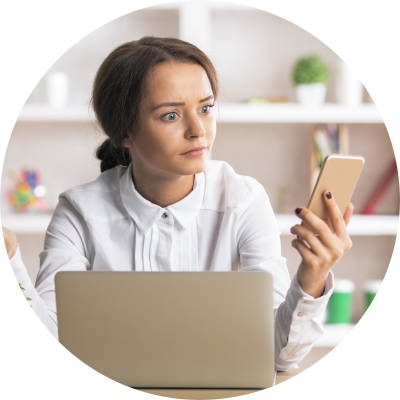 You met someone you’re excited about, you’ve been dating for a month or two, things seem to be going along fine, and then suddenly something shifts. He stops calling, doesn’t respond to your messages, and when he does respond, he says his life has gotten really busy. You begin analyzing what you might have said or done to cause this sudden withdrawal.

That’s when women usually contact me for intuitive guidance. “What happened?” they want to know. “What is he thinking? Does he care about me? Will we see each other again?”

When I was dating, I used to have this experience, too, and I used to get really annoyed at these men. I would wonder why they didn’t have the guts to just tell me the truth.

And then one day, with the help of spirit guides, I realized what was really going on. In our culture, as children, we are often taught that “honesty is the best policy.” But in the very next breath, we’re told, “If you can’t say anything nice, don’t say anything at all.” Do you recognize this from your childhood?

Why The Truth Gets Hidden

We are especially taught that we’re bad if we hurt people’s feelings. When you were little, you may have been severely punished for sharing your truth. For example, at a family gathering, maybe Little Timmy blurted out, “I don’t want to kiss Aunt Marie goodbye — she smells!!” And the response from the adults was to shame him in front of the group, and he learned that his expression of honesty was not okay.

No man (or woman) wants to be labeled “bad,” or “a jerk.” So rather than tell you something he thinks is going to hurt you or make you angry, he chooses to remain silent. He makes excuses, lies about his schedule, and hopes you’ll eventually stop calling. Telling his truth hurt him in the past, and he wants to avoid the pain of condemnation he assumes is coming by telling you the truth about his feelings.

Another lesson we’re taught as children is that once we make a decision we have to stick to it. We’re not allowed to change our minds. Women have a bit more leeway because of the stereotype that women are changeable and our emotions are up and down and all over the place. But men don’t really have as much permission to embrace their changing nature. So your guy may not want to admit that he had a change of heart.

You can have compassion for these men. Because of the way they were raised, they don’t have permission to tell their truth, which may be:

This goes for women, too, of course. When I was in my 20s, I didn’t want to disappoint anyone because as a child I was taught to “be nice.” So I wouldn’t return phone calls. I would hide, and hope that my date would figure out I wasn’t interested without me having to say the words out loud.

When a man walks away, it’s usually because he doesn’t have the resources to deal with his fear of intimacy or conflicting feelings. The fear of telling you his truth (if, in fact, he has access to it), and being judged as a bad person is too great for him to speak up. His mother’s voice probably echoes in his ears. “You’re a BAD boy! Don’t you ever say that again!” 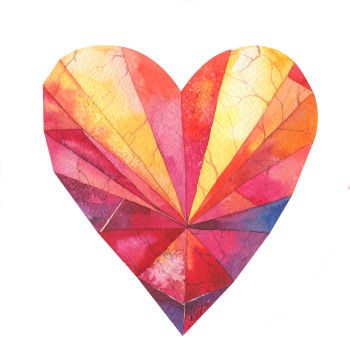 …Just know that it’s not your fault. You are good enough, you are worthy of love, but many women torture themselves by assuming that they did something to cause the withdrawal. They worry that if they don’t figure out the mistake they made that sent the other person away, they won’t be able to “fix” the problem in order to be worthy of love.

You are already worthy of love exactly as you are. And perhaps you did do something — maybe you made a comment or laughed out loud to something that your date was sensitive about. But if what you did or said was enough to cause him to withdraw, it means that he is, without a shred of doubt, not the right partner for you. How do I know this? Because the “right” partner will love who you are, snide comments and all. He’ll be able to stick by you and hold your hand when you’re at your absolute worst: sick, angry, frightened, grieving, and looking like you haven’t slept in a week. If you have to tiptoe around worrying that the mere act of being yourself is going to frighten someone away, it’s an unsustainable situation. You need to be able to totally be yourself in a healthy relationship.

A man or woman who leaves you after a month or two of connection simply because you showed a side of yourself they didn’t like, is not the man or woman for you.

Have compassion for the little child within the person you’re dating, who learned that it’s not okay to tell you the truth. And be kind to the part of you who is afraid to tell her truth or be herself. Tell your little inner child, “It’s okay. It’s not your fault. You didn’t do anything wrong. I love you.” And move on to your next potential relationship with faith, excitement, and the expectation of great things to come.

Jessica McKay is an intuitive counselor and the author of The Wisdom of a Psychic Cat ~ 15 Lessons on Happiness for Humans. She is co-author of When Heaven Touches Earth by James Van Praagh and others. Jessica offers private readings and energy healing sessions at JessicaMcKay.com.