By Yvonne WalkerNovember 17, 2016 Astrology, Health and Well Being, Predictions & Forecasts 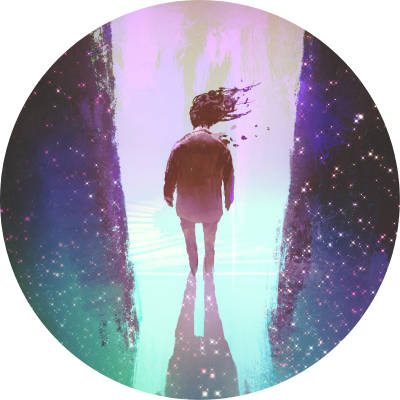 We are now deep into Scorpio, looking within and dealing with a lot of emotion; need for change; self esteem issues; negative thoughts. It’s a time of digging it all up to let it go. Release the emotions, make changes, honor yourself and think positive in a time of major energy shifts. Like it or not, Donald Trump is our New President and he represented not only the old outdated masculine values, but he also may represent a new way to run the country, which many embraced without looking at the fine print, because life in America has changed over the last few decades, and not in a good way for many people who are looking for the good old days again. He promised jobs and government overhaul essentially but will he deliver on new and better country for the masses, or bring back the 1930’s when rich white men ruled and the masses were in dire straits and forced to create things like Unions to gain a footing in the business world? These times will bring major rifts between the people and institutions on a global basis, and protesting will become common place like the 60’s.

Now the big shift everyone talks about is here. Between now and Inauguration Jan 20th is like a preparation period for us to face the new world about to be built, and the old world about to be torn down. What is broken needs to be fixed, and sometimes its so complicated to fix it, it’s easier to tear it down and start over. But what is working needs to stay in place. This is the energy of the coming 5 years, rebuilding the world so that it is a happy, fair place to live in a world with so many gifts to be enjoyed by everyone – but not throwing the whole thing away. What does that world look like to you? What would you change about the world and yourself if you could, to make this world a place of joy, creativity and harmony? What would you keep?

Dig deep for the next week and ask yourself what a really happy life for you looks like.

What do you do to earn a living that pays well and you love being there? Don’t tell yourself that’s impossible, just think of it as a wish, wish for the perfect life for you. Dream it. Make notes, write lists. What does your job look like; is life with friends and family rewarding and heartwarming; how is your health and what can you do to improve it; how’s your love life and how can you make it fun and exciting most of the time; how is your spiritual connection to your God, your Higher Self and your Guardians going? Are you walking your talk? Are you fighting for justice? Are you speaking back to power? Are you organizing co-workers for better working conditions? The future is in your hands, what action are you going to take to get it there? There are proactive times, no couch potatoes allowed. Be a source of the future.

These potent questions are the world of Scorpio – deep meaningful matters…

On Nov 20th (around midnight on the 19th), Neptune, the ruler of Pisces turns in direct motion.

Neptune is about Spirituality AND illusion. And Neptune is home now, after 252 years of being away from Pisces, it is a slow moving planet which make long term permanent changes, slowly. When Neptune is retrograde, as it has been since June 14, things are hidden, even deceit and getting away with dishonest things. But when Neptune turns direct on the 20th, it’s like opening all the doors and windows and letting the light in. Hidden matters will be revealed and we will respond to those deceits. This aspect is one of many coming along over the next few months, so as they used to say “it ain’t over till it’s over” is the theme of this period. Lots of twists and turns, ups and downs, shocking revelations about people, governments, large institutions, will come to light. But this will also happen on a personal level. Stories about friends who have been up to no good will surface and affect your personal life for a few months, as Neptune settles down in its direct motion. When Neptune is direct it is also a perfect time to renew your spiritual values; go to/join a church or religious organization or a movement or a philosophy that will reconnect you to your spiritual roots.

November 23rd to 26th may be a time when money scandals surface, or something even bigger about global finance or banking wrong doing. It’s also a good time for you to take a look at your spending/savings habits and improve same.

On the 21st the Sun moves into Sagittarius

Known as the traveler, Sagittarius is the curious learner ruled by Jupiter who expands all things he encounters, including expanding his mind; his knowledge of the world, and most importantly his connection to the Universe. Jupiter is usually a fun time, ergo the Holiday Season, ending it’s stay just days before Christmas. This is a time to take or enroll in classes; take a trip to somewhere you’ve never been; explore other kinds of religion and spirituality and see the similarities and differences and UNDERSTAND more. Sagittarius is about being as smart as you can be, and seeing this learning as a great adventure into the unknown which will be fun, interesting and exciting to find out more. Sagittarius also rules the courts, Justice, and during this time many wrongs can be righted. Jupiter it’s ruler, is now in Libra, a great place for Jupiter to visit. When all the personal planets, Sun, Moon, Mercury move through Sagittarius they will bolster Jupiter in Libra with adventurous energy. It’s certainly a time to socialize, have parties, go to parties, meet new people, share with friends and family and enjoy your personal life. After all that soul searching from Pluto/Scorpio, this will be a welcome respite from the deeply serious matters.

This will bring up painful issues that need to finally be faced. Time for those serious talks you’ve been avoiding. It’s time to get real about your hurts and confront them, so you can find resolution and feel lighter and freer. Be bold and initiate a serious dialogue with the offending party.

Oh and forgive me for the Full Moon in Scorpio comment last time – I was embroiled in the Scorpio thing and misspoke. Nov 14th is/was the big Taurus Moon, its about determination, about stability and its aspecting Chiron, old Karma. Its also sextile Mars, the ability to take real action to improve. It’s strong, determined energy about Love, or Venus, which rules Taurus but being determined and grounded, unlike Libra, who shares Venus as her ruler. It’s a good day to make some changes that help you feel safer, more stable and loving. It’s also a rare Super Moon, being almost 15% larger to the naked eye. Check it out! 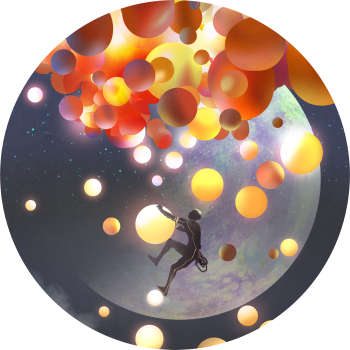 Finally a New Moon in Sagittarius on the 29th, squaring the nodes of the moon.

This is a deeply emotional mood because of the connection to the nodes, who are our emotions from old Karma. Your South Node, always directly opposite your North Node, is the past, the baggage you brought into this life that you didn’t resolve previously. The North Node is your goal in this life. For example if you have Libra in the South Node, you were probably a co-dependent type, and now your North Node is in Aries, telling you your karmic lesson in this life is to learn to be independent and not let others tell you what to do, think or how to be in general. You are learning to march to your own drum, and get a thick enough skin so that what other people think doesn’t really matter. When planets touch the Nodes, it can trigger important, even scary events. So when the Moon is connecting to the Nodes of the Moon in a harsh way its a time of releasing old Karma.

This is a time to look at your prejudices. If you don’t like a certain group, why is that? Is it learned, is it an abuse of generalizations, why are you against something or someone? Are you against certain religions or philosophies? Why? Explore them and find the common ground, not the differences. It’s about accepting ALL of us. God made everything here, including the earth. God doesn’t want separation, he wants unity of his children; he wants honor and respect for his other creation, Planet Earth. Find the common ground for getting along and let go of some of your baggage. The new world about to be born is fair, kind, caring and fun. Harsh judgements have no place in this new world. Lighten up! Smile more! Laugh out loud! Most of us are just do darn serious, or even sad. The glass is half full, things can change for the better; the road ahead is going to have its ups and downs, but focus on the ups, and prepare for the down, but don’t let those downs suck you under. It’s time to be a courageous person, a role model for others. It’s time to be an example of a happier world. Come on lighten up, it’s Sagittarius time for fun and socialization and learning new things. It’s all good!

Till next time, Happy Thanksgiving and be sure to take the time to give thanks for everything good in your life. Thankfulness is the key to happiness.