What Kind Of An Empath Are You?

By Anna SayceJune 17, 2015 Health and Well Being, Personal Development 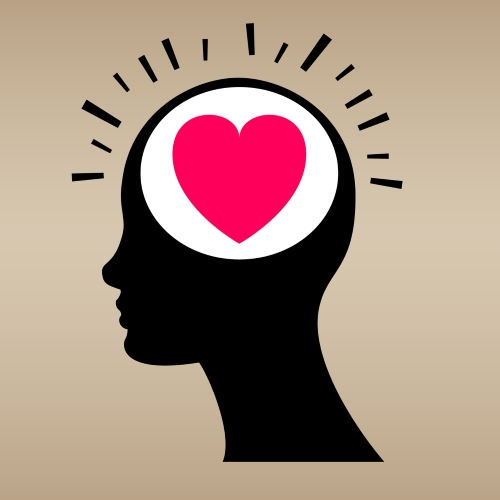 Empathy as a spiritual gift involves the ability to temporarily step out of your experience and step into another person’s experience, and perceive it as they do, whether it’s an emotional, mental, physical, intellectual or spiritual experience.

There are many ways in which a person can be an empath. And people often focus on the downsides to being an empath. In this article I want to focus on some of the upsides – below you’ll find information about the various empath gifts and some of the benefits to having such gifts.

There are many professions where emotional empathy is a real plus, including all forms of healing; translation (which involves being extra sensitive to the nuances and energies behind words); creative writing; parenting; making art and music; and even marketing and business! (being tuned into what people need and want, and giving it to them in a way that appeals.)

Emotional empaths can excel in any area that is about meeting other peoples’ needs.

This is also a beautiful gift to have in your personal relationships.

Animal empaths are those who understand what it is like to be an animal.  This gift enables the animal path to explore the animal’s consciousness, including its fears, reactions and emotions.  Most animal empaths have a special affinity with one species of animal, like cats, dogs or snakes.  Some animal communicators will have this gift.  People who have a collection of pets that others might consider a bit odd or unusual (such as cockroaches, snakes or iguanas) may have an empathic affinity with the species.

Animal empaths make good vets and vet nurses (although some empaths may be too sensitive for these professions.) They may also choose to work with animals in the capacity of animal intuitive and healer.

Crystal empaths have a talent for joining in consciousness with crystals, semi-precious stones and precious stones.  By picking up and holding a crystal, a crystal empath is able to experience and understand the message and healing power of the crystal.

Crystal empaths can work with crystals to bring healing or cleansing for people and buildings.

Environmental empaths can join in consciousness with Mother Nature and the environment.  This person may get upset when ecosystems are damaged or when rainforests or woods are cut down.  They are able to move through different landscapes, whether that is mountains, deserts, bodies of water or forests and gain a sense of that landscape’s power and consciousness.

They may be motivated to become activists on behalf of Mother Nature.

A physical empath is a person who can experience someone else’s physical state in their body.  For example, if someone around you is nervous, as a physical empath you would feel it too.  But perhaps rather than feeling the emotional anxiety (like an emotional empath would), instead you get sweaty palms and begin to take short, shallow breaths, like someone who is very stressed, without knowing why your body is reacting in this way.

Massage therapists and body-workers, if they have this gift, are likely to really notice it when they work with clients.  They will be able to feel any aches, pain or tension in the client’s body.

Physical empaths may experience aches and pains (especially headaches) that can come and go while around others.  They can also experience symptoms of an illness that don’t belong to them.

I once heard an interesting story from a woman named Ana whom I taught in Spain (back when I was teaching languages and working in a language school.)  Her father had a serious medical condition which affected his kidneys and bladder and it caused him to regularly urinate dark red and black urine.  Eventually he died from it, and on the day that he died, Ana also urinated black urine.  She was alarmed and got herself checked out medically, but she was given the all clear and it never occurred again. An empathic phenomenon such as this is not uncommon among physical empaths.

Did you know that places and buildings absorb energies from those that frequent them?  Some people can enter a home and feel ‘vibes’ from the people who have lived there.

Perhaps you have been in or visited a house or place that felt ‘creepy’ or uncomfortable to you.  These energies would have been residues from the people who have lived there or frequented these places.

Place empaths can pick up energetic residues from homes, and may be negatively affected by the residues left behind in places such as hospitals, funeral parlours, cemeteries, police stations, and even historic battle fields.  Place empaths are able to look at a photo of a home or building and get a sense for what it feels like to be inside the building, and the energies that are present there.

Place empaths are generally more sensitive to their environment than most people are and should ensure that their environment is harmonious and free of clutter and mess. They make good interior designers/decorators, and feng shui consultants.

Which empath gifts do you have?

Anna is a British-born, New Zealand based professional intuitive, Akashic Record reader, and a teacher of psychic development. She has taught over 1000 students from all over the world to communicate with their Spirit Guides and higher self through her popular Intuitive Awakening course. She also offers Akashic Record readings, which reveal a soul’s life lessons, archetypes, gifts, soul trainings and soul groups. You can find her work at www.annasayce.com.