Want More Success? More Joy? Then Stop Comparing Yourself To Others! 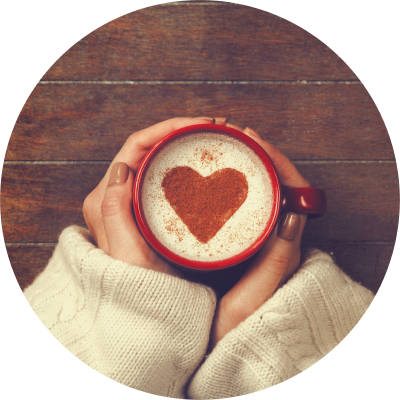 I can remember still the words my third grade teacher said to me on the first day of school. She was going around the room asking each of us to stand and say our names and when she came to me I stood up and, before I even got to speak, she said this:

“You’re Catherine. I know who you are. I had your sister last year. You might as well sit back down because I can’t imagine you could ever measure up to her.”

I was only 8 years old and could feel the eyes of the rest of the class on me. And . . . I was devastated. I don’t think I spoke a word in that class all year, confirming the teacher’s assessment of me. After all she couldn’t even say my given name – Cathleen. In her world Cathleen wasn’t a “saint’s name” so therefore it wasn’t real. So in that class I was someone else – someone named Catherine who could never measure up to the sister who had gone before.

I’m sharing this little story from my childhood past because I’m guessing many of you have stories of your own. I wish I could say that was a rare occurrence in my childhood (and even adulthood) but it wasn’t.

For me what constant comparison to others did was stop me from trying. Now, for someone else, comparisons might spur them on to excel and prove the comparison wrong. But, for me, a shy child in a turbulent alcoholic family, it just shut me down.

So, you can probably imagine that when I decided to pursue my lifelong dreams of becoming a writer it struck fear into my heart.

And that decision had me confronting the brick wall of inner voices telling me as one voice that I would never be good enough.

You might have that voice inside of you as well.

It is a voice that is an amalgam of so many other voices, none of them your own.

That voice doesn’t belong to you. It is not and never was yours.

So how did I go from being compared to being incomparable?

How did I go from always trying to fit in to wanting to stand out as an original, unique expression of life?

I listened to another voice – one that had always been with me.

Over time I began to listen to that voice over the others. I began to feel the truth of it.

You have that voice inside you as well.

It is simply TRUTH.

Whether you are gloriously successful at your career or still trying to figure out what you want to do, you are incomparable.

You are loved, cherished and valued.

And that is the truth.

Let the words of dancer and choreographer Martha Graham wash over you.

“There is a vitality, a life-force, an energy, a quickening, that is translated through you into action, and because there is only one of you in all of time, this expression is unique. And, if you block it, it will never exist through any other medium and will be lost. The world will not have it. It is not your business to determine how good it is nor how valuable nor how it compares to other expressions. It is your business to keep it yours clearly and directly, to keep the channels open. You have to keep open and aware directly to the urges that motivate you. Keep the channels open.”

Embrace the uniqueness and originality that is only expressed in YOU and no other.

And, please, for the rest of us – share all that you are with the world.