Your Late April 2017 Astrology Forecast: Learning from the Past 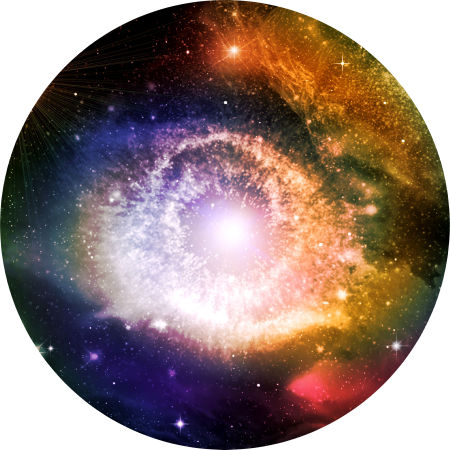 On Sunday April 15th Venus, the planet who rules love and money, finally goes direct in Pisces. For a few days after a retrograde, we feel kind of out of it and tend to withdraw to recharge and rethink. Lots has happened the last 10 weeks while she has been moving backwards, bringing up the past and forcing us to sort through the rubbish, face things we’d rather bury, and putting us on edge. But the purpose is to shake things up in our relationships – to others and our money.

Retrogrades demand we clean things up!

If your partner drives you crazy over something, it was time to talk about it instead of burying it. Clear the air. Stop the resentment. Putting up with too much abuse? ..speak up or walk away. Managing your money poorly, wake up and get yourself on track to more stability. Invested poorly….stop falling for schemes. But now that she’s direct we can be cheerful with one another again. Next weekend should be time to get out and about again. Meet new people, party with the old ones now that you’ve cleared the air and have some fun. Invest in new businesses or grow the current one, because the road blocks are gone. But you’ll, hopefully, move a little more carefully this time and speak up for yourself when issues are small and easily fixed, and you’ll invest only after you’ve done all your homework. The Universe isn’t trying to punish us, only help us to be smarter about how we live and make choices.

On the 19th, the Sun enters Taurus, the sign ruled by Venus and the Bull. Taureans love their comforts, security and quiet. While Aries was full of fire, now the Sun is saying let’s chill, read our bank statements so we know we’re ok, check the house for repairs, have a dinner party at home, invite friends and family and appreciate our friends, replenish the wardrobe with pretty things, and maybe redo the decor in the house. My best friend for 30 years was a Taurus. My Venus is in Taurus, and it broke my heart when she passed. But boy did she teach this Gemini a lot about life and I was blessed to know her! It takes a Taurus a long time to accept you, but once they do, they almost never let go, which can be hard when you should. Honor is important to Taurus. They also love the arts, good food, a comfy house and money in the bank for a sense of stability. Some say Taurian’s are a little dull, but really they are just happy with the simple things in life. They can teach you a lot about what is truly important, and help you appreciate a nice comfy home, with food in the frige, money in the bank and good friends around. Fancy house or car? Why spend the money when its in the bank making you feel safe, besides you have a good reliable car that gets you where you want to go, so what’s the problem? Your house is nice and comfy and clean and full of love. What else could you ask for? This is what Taurus is telling you now. Enjoy the simple things, cherish friends and loved ones, be thankful for a good meal, and save your money for a rainy day.

On the 20th, Pluto goes retrograde. Pluto has been squaring Uranus for years. It’s the reason there is so much stress in the world right now. The old and the new are in battle. We are being pressed to rethink our lives, what works and what needs to be let go, and how to adapt to changing scenarios. Pluto is squaring Uranus and his pal Eris, the Goddess of Justice, who are promoting revolution, while Pluto is sticking with the status quo. But now that he has gone retrograde, he will back track to more confrontations over the next few months over issues we may have thought were done, but aren’t. The battles will heat up again and we may personally feel tossed around like a ship at sea, with very little control over the turmoil. Past issues will take the world stage, and eruptions can be certain. Issues thought forgotten will resurface, and Uranus and Eris will rub the powers that be quite the wrong way. Breathe, it’s going to be a time of great Global chaos. The 50 years celebration of the Summer of Love is marred, like the first one, with war and global chaos. We must be the peacemakers and come together and solve our issues. We must fight for justice and be honorable people. Eris is calling us to step up.

Mars moves into Gemini on the 21st, so we’re gonna be all over the place energetically. Doing three things at once, and exhausted from the activity that just doesn’t seem to stop. Use this new energy to get moving a bit from the weight of all the retrograde planets. You will have more energy to tackle those issues from the past.

April 13-14 the Sun in Aries is is conjunct Uranus and Eris in Aries too. There is revolution, high energy and frustration in the air. It’s a time of surprises, some good and some quite amazingly good. Be open, try something new, be a little wild, buy a lottery ticket. The road less traveled can be a lot of fun these two days.

Also on the 20th Mercury moves into Aries. Our minds are going to go a million miles a minute. Thinking, action, get it done, clean up is all encouraged. BUT she’s retrograde, so don’t move so fast. Don’t trust your thinking. It’s like a little devil on your shoulder saying move quickly now. When you should analyze and pause and think it through, or consult others. Spontaneity is never good during a retrograde Mercury.

On the 26th the New Moon is in Taurus. Read the section about Sun in Taurus again and think about planning your life around these ideas of simplicity. How can you make your life less complicated, less stressful and more safe and secure. New Moons are about a time to start anew, or add new behaviors to you life. Take this day to cherish what you have, or reach out for what’s missing and fill the void with good things.

April 29th – Venus Moves Into Aries (Think Before You Act)

On the 29th, Venus moves from Pisces to Aries. She’s on an aggressive streak now. Going after what she wants. The chase is on, its Venus doing the chasing and not Mars, so she’s kind of out of her element and maybe too aggressive or awkwardly aggressive. Think before you act, don’t push too hard or it won’t go well. On the other hand if there is someone you’ve been wanting to tell how you really feel, go for it. It’s time to let the cat out of the bag. It’s time for some wild, impulsive times. Say yes to fun, crazy things and/or meet someone fun and crazy.

See you in May!