Your Early June 2017 Astrology Forecast: The Return of the “Summer of Love” Begins! 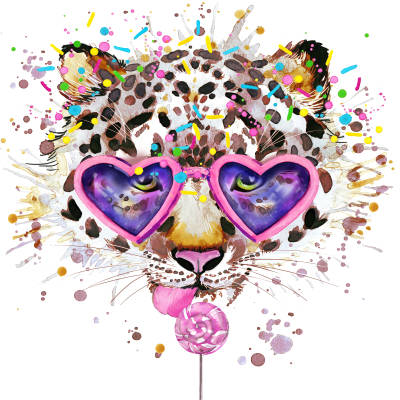 Fifty years ago, the summer of 1967, was coined the Summer of Love. There were free concerts galore, sit in’s, be in’s, and socializing. There were tie-dyed clothes, and feathers and suede and fringe. There was dancing and smiling, and handing flowers to strangers. It was a magical time. It sprang from the unjust Vietnam War, at a time when all young men at age 18 were drafted into the Army, many against their will. So people went into the streets to protest, not only the war, but the treatment of Black People, the Founding of Women’s Rights and the acknowledgement of the Environment and it’s need for an advocate. People woke up, spoke up and engaged in Civil Disobedience. And this Summer is taking us there again. It’s time to fight for your beliefs, and have fun and party and hang with your friends. The summer of 1967 had good and bad times, but memorable and great times. It’s time for you to make your voice heard and make your own memories of the 2017 Summer of Love II. We begin June in a good mood mode. It will last pretty strongly until the 21st. Take advantage!

On June 1 Venus is trine Saturn – cement relationships by being real with one another. Solid foundations can be built on friendships and romance. Take the time to be kind, to talk about issues in a mature, adult way and get them resolved. You’ll be really glad you did.

Starting at the end of May until July 18th, Saturn, Uranus and the North Node are trine. This is a grand fire trine. It’s powerful positive energy, although Saturn requires work and discipline to get it done. Don’t live in your head, DO something about all your ideas and inspirations.

On June 3rd Venus is conjunct Uranus in Aries. Wow. Love at first sight, epiphanies, discoveries, creative inspiration. It’s all good with an excitement element to it.

Mars has been in Gemini, giving us more energy, but now it moves into Cancer on the 4th. You’re going to slow down and move into lazy summer mode. In Cancer Mars looks at his emotions, which are very intense where Mars is involved. Look at some of your anger or stubborn issues and let them go, cry, talk to someone.

June 6 – Another Day To Get Things Done & Deepen Relationships

The 6th is a busy day as Mercury, the ruler of Gemini and the Mind, moves into its home, Gemini. You’re feeling smart, full of ideas, desiring to talk a lot and share. Take this time to make a plan of some kind, finish a paper, write a book. Communication is at its peak now. And on the same day Venus, the Goddess of Love, moves into Taurus, her home. She is at her peak. In Taurus she is about the simple things. Tone down the big splashy dates to something sweet and simple, be real, be cuddly and sensuous, talk about love and how you feel. It’s a great time to fall in love, bring existing love to new levels and make your friendships and family relationships deepen.

The Sun is in Gemini now, the sign of the Twins, or duality – yin yang, positive negative, seeing both sides of an issue. The diplomat, the messenger. The Sun is trine retrograde Jupiter now in Libra. On June 9th Jupiter turns direct, opening the doors to good luck and progress again, esp. toward the future. Talk to the world about your ideas, and you’ll get some good feedback. Jupiter is in Libra so it’s also about relationships. Grow your circle of friends, have a big party, call people you’ve lost touch with, mingle and make the effort in a reconnection way.

On the 9th there is a full moon in Sagittarius. Moons are about emotions, but Sagittarius is about exploration, adventure, traveling. So this moon could well bring to mind the excitement of travel and learning, and engaging in the excitement of doing same. Sag also rules spirituality so its a great day for religious practices and communing with God and Nature. This is also the perfect time for a party, as Sag and Gemini are extroverts and its a good time for bringing people together.

Neptune goes retrograde on the 16th until Nov 22nd. This makes the creative spirit a little wonky, fantasies become fixations if you let them. But mostly its a time to look back at spiritual and creative matters and see what you didn’t take care of in those arenas and clear things up. Retrogrades are always about cleaning up the past. Maybe you had a great idea but got a little lazy about doing anything about it, well now’s the time to pick that up and run with it. Or get back to an art/writing project. Go to a retreat and work on your inner self.

Enjoy the fun times for the first part of June, and get out there and mingle and participate. The mood shifts the second half as the planets venture into emotional Cancer. Be good to yourself, do some soul searching, put yourself out there to be judged and learn to not take it so seriously. There is only ONE YOU and you need to share that person with the world with pride.

See you mid June. Many wishes for great happiness, Yvonne