The Capricorn Horoscope: Here’s What We LOVE About Your Zodiac Sign!

Ambitions, Wise and Tenacious: Traits of the Capricorn Personality

With the drive to succeed to the very top of any ladder in life (though usually, we’re talking about your career) you are also a realist. Fiercely rooted, you can become buried in duty and responsibility, which means that great ambition may struggle to realize itself.

A lover of tradition, and upholder of convention, you’re a disciple of life. A rule maker, more than a rule-breaker, you respect authority. So much so, you are one.. whether you believe it or not. 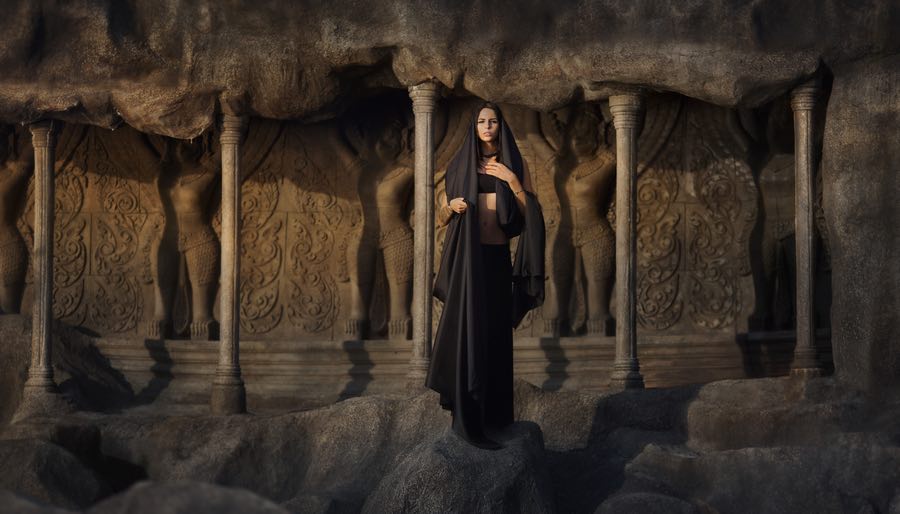 Inside the Capricorn Personality: Who is this Powerhouse?

Capricorn, you’re not only the most powerful, hard-working Zodiac sign, you are also the most interesting, and that is an unequivocal fact.

Just like your symbolic totem, the trusty, and tenacious mountain goat, you will just keep on climbing. You have traits of stamina, diligence and utter devotion to the task in hand. Which means that you’re the one to reach that goal you’ve set your sites on!

Cappy, where you stand is where that eye on the future begins. You’re aspirational (in a “top of the mountain” kinda way, rather than a “sky is the limit” state of mind). Because above it all, you have the characteristics of a realist. There’s no point aiming for the stars, when the top of the world is as good as it gets, right? I mean, let’s be serious…

Status and reputation matter to you. As the ruler of the 10th house, and all things relating to career, ambition, public life, and fame, the regard that other people hold you in has a big part to play in how you feel about yourself. It’s not that you especially care what they think of you, it’s more that you appreciate the recognition.

But you, Cappy, are the one who actually deserves it!

Secretly, it’s a Capricorn trait to believe you’ve lived a harder life than the rest of us. You are constantly fighting the pushback from the Universe, and yes, it seems like everyone is against you. What’s common with your sign, is that you probably had to step up in the game of life when you were young, taking on the kinds of responsibilities that your parents couldn’t or wouldn’t. So you have a maturity that’s always above your years. But in the end, you will find that the only reason the Universe was such a dick, was to teach you how powerful you really are.

You share this astrology with quite a number of celebrities

…And its no wonder – it’s a Capricorn personality trait to work five-times harder, and shine one hundred times brighter than the next person. Except you’re probably too busy to notice…

Others pretty much always look to you as a pillar of the community… it’s the authoritative air that you exude, and have done since you were tiny. You’re naturally SO resourceful that you always seem to know how to achieve something, however big, or small it may seem. You get things done.

You share a lot of that “get up and go” initiating impact with your Cardinal counterparts. But unlike Aries, you don’t give up when it doesn’t work out the first time (sorry Aries!) Unlike Cancer, you won’t let your need for isolation, get in the way of networking. And unlike Libra, you don’t spend all your time caring about what other people think of you.

Because Capricorn is the very last cardinal sign, some would say it’s the most evolved. You’re cardinality in its best light—and under said light, Capricorns rarely go unnoticed.

You’re funny, but a lot of your jokes are too intelligent, so they go over people’s heads. You’re interesting, but you’re selective in who you speak to, so some people (wrongly) assume you’re boring. You care a lot, but out of a need to protect yourself, you act like you don’t care at all, which offends people…. You’re a paradox in many ways, but Capricorn, it makes you all the more intriguing!

PinCapricorn Shadow and Weakness (Yes, Even YOU have Negative Traits!)

Capricorn, there’s no hiding it – you can be stubborn. Perhaps not so much as your earth sign cousin Taurus, but still, you’ve got some serious determination. Which can become stick-in-the-mud blinkered-ness if you’re not careful, because as much as you desire nothing more, than to rise to the top… there may be more ways to get there than the one you’ve set your mind on (and they could even be a little bit easier?)

A tendency towards pessimism can really get in the way of you achieving your potential. You probably like to think you’re the number one risk analyst in the room. Or realistically preparing for every possible outcome… But actually, Capricorn, you’re expecting the worst. And a “stoic” mindset like this can seriously set you back, ok! Try to believe that the best can happen for once, ok?

We can’t not mention your emotional detachment. With a seriously grounded, logical outlook, feelings can kinda, get in the way for you, can’t they? And this can mean that you struggle to connect to people, gain their trust, and deepen relationships beyond purely transactional levels.

Did we say, loner? Na…. it’s just that you like your space, right?

Inside the Capricorn Heart: Love and Compatibility

As mentioned above, Cap, love can be a bit of a transactional equation to you.

You’re more likely than most other Zodiac signs, to couple-up for what it’ll bring to you as an individual. The Capricorn man (or the Capricorn woman) could end up marrying for status, or because tradition or family expects it of you, rather than the unbridled passion, or tsunami of lust that overcame them, when they first set eyes on their partner…

That said, your earth-sign groundedness means that you are definitely in touch with your more sensual side! In the bedroom, you’re likely a considerate lover. And just like the desire to reach mastery in every other area of your life, sex is no different!

You need a partner who will understand your need for work, order, and structure. (But also someone who will drag you from those workaholic traits!)

Plus, someone who appreciates the finer things in life, as you do. For that reason, you’ll also expect them to be well-groomed and to look after themselves. When you’re heading out to that swanky dinner or award ceremony, hell, your SO needs to be looking damn fine on your arm!

Capricorns are generally pretty disciplined when it comes to diet and exercise.

With Saturn as your ruling planet, limitations come naturally to you – you’re unlikely to over-indulge (but if you do, you’ll feel terrible about it!)

As the sign that rules the skeleton, bones, joints, and teeth, it’s vital for you to keep your calcium levels up (along with other trace minerals vital to bone health). Also, sitting still for too long – like sitting at a desk for hours on end – could play havoc with your joints over time. Be warned. Get enough movement every day, to prevent any stiffness forming.

Capricorn at Home: Ruler of the 10th House

Capricorn is the tenth sign and the ruler of the 10th house. As the house which sits at the very top of the zodiac wheel, it represents long term goals, career, reputation, public image, and status. As well as masculinity, men and fatherhood.

In alignment with this, Capricorn, your focus tends to be on lofty, ambitious goals and pursuits. You’re often seen as a pillar of the communities you inhabit, the people around you holding you in high esteem. You may have had to take on responsible, authoritative and ‘fatherlike’ roles at a young age, which gives you an air of maturity.

In numerology, 10 reduces to the number 1 (1 + 0 = 1) which is the number of pioneers, and firsts. You’re a striver. Capricorn, you aim high and often need to tread your own path to get where you’re going, even when you disguise it under the mask of tradition.

Read more: Magic, Mystery and Meaning of the Number 1

Inside the Capricorn Spirit: Cardinal Earth

Capricorn is the 3rd of the earth signs (following on after Taurus and Virgo), and you contain all of the rooted, practical power of earth itself. You believe in building your reality from the ground up, as nothing will last without firm foundation and the deepest of roots. And a lasting legacy is top of your agenda.

Chock-full of cardinal energy, you’re also unafraid to go first, to initiate and suggest new ventures. But unlike your brother sign Aries, you have the tenacity to keep on going with those ideas until total completion.

This makes you absolutely vital when it comes to our collective, human journey towards truth and enlightenment. You inspire the rest of us to DO and BE better versions of ourselves. You believe we can all achieve greatness… and you lead by example.

Want to read our love letters to the rest of the zodiac? Follow the links below!

Have you learned something about yourself today?

Or perhaps gained a deeper insight into the Capricorn in your life?