What has Vedic Astrology got to do with the Boston Explosion? 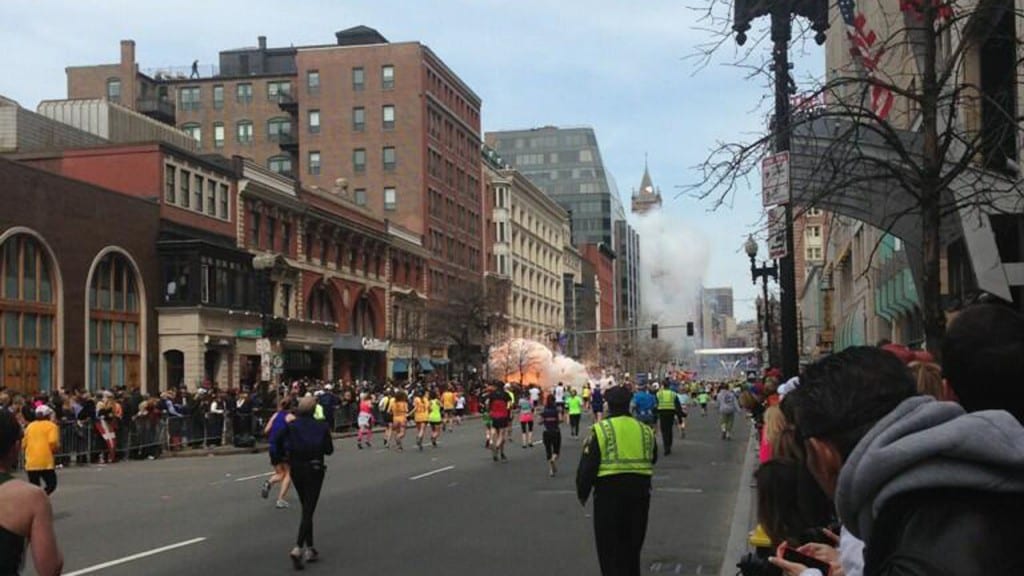 On April 15, 2013, we all witnessed the tragic event in Boston as several bombs exploded on the finish line of the Boston marathon.

It was immediately described as a terrorist event – something similar to, and in the same category as 9/11 when airplanes were flown into the World Trade Center in New York, 09/11/2001. I wanted to show the astrological similarities between these vents and also Hurricane Katrina and the 2004 Asian Tsunami. These 4 events all carry a very similar astrological signature that’s undeniable.

Nakshatras of Mrigashira and Ardra

On each of these days – April 15, 2013, 09/11/2001, the day of Hurricane Katrina and the Asian tsunami, the moon was at exactly the same point in the sky, within a few degrees. This is not a coincidence. A few degrees which is virtually indistinguishable from the naked eye. This happened in a star group (Nakshatra in Vedic Astrology) called Mrigashira (Literall means “Deers Head”), from 0-6:40 degrees of Gemini.

April 15, 2013, when the bombs exploded, the Moon was at about 2 degrees of Gemini, then the moon moved to what’s called the Ardra Nakshatra and we started to learn how many people had died and it started to become described as a terrorist act.

In the previous incidents, on 9/11 for instance, the terrorists boarded the airplane when the Moon was in Mrigashira and then flew them into buildings; then the buildings collapsed and people started dying when the Moon went into Ardra.

In the Asian tsunami, there was an earthquake under the Indian Ocean, when the Moon was in Mrigashira Nakshatra; then by the time the Moon went into Ardra, there was a devastating flood that killed a bunch of people.

On Hurricane Katrina, we had this storm in the Gulf of Mexico when the Moon was in Mrigashira Nakshatra and then it moved inland, started to flood and overrun the levees and a bunch of people died by the time the Moon went into Ardra.

This section of the sky (Ardra Nakshatra) is where the plane of the Galaxy runs. It is ruled by the Indian deity Lord Shiva in his fierce form of Rudra, the God of sudden change, shocking events and remaining calm in the middle of the storm of life. The Mayans also regarded this section of the sky in the same way, calling it the dark rift. In their Cosmology when planets pass through this section of the sky they “sink” or fall into a hole (there is a black hole at the center of the Galaxy), then re-emerge on the other side, reborn and stronger for having gone there.

Please watch my video below which explains more.

I would love to hear your views about how these intense events can make you a stronger person.

What is your story? Please leave your comments below.

Sam is a certified Astrologer and the author of “The Ascendant - 108 Planets of Vedic Astrology”. Since 2004, Sam has taught both nationally and internationally and is currently teaching the first Certification Program at the American Academy of Vedic Art and Science, which he founded in 2011. Sam has worked with some of the top names in Astrology, including Dattatreya Shiva Baba, and offers many free classes, videos, articles, newsletters, podcasts through his website at SamGeppi.com.