SAY HELLO TO OPHIUCHUS, THE 13TH CONSTELLATION IN THE ZODIAC (NOVEMBER 30 – DECEMBER 18) – HAS YOUR SIGN CHANGED?!

By The Numerologist TeamDecember 1, 2016 Astrology 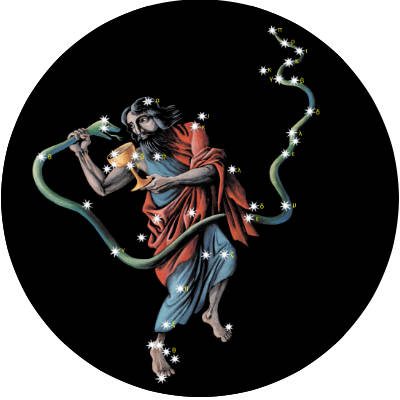 There has been quite the stir lately around NASA’s recent blog post revealing that the Sun actually moves through 13 constellations during the year, not 12, causing many people to wonder if their Sun Sign has changed. We’ll, allow us to set the record straight. But first…

Ophiuchus, as defined by the 1930 International Astronomical Union’s Constellation Boundaries, is a large constellation located around the celestial equator that is situated behind the Sun for 18 days, from November 29 to December 17. Its name comes from the Greek word “Ὀφιοῦχος” meaning “serpent-bearer”, and is commonly represented as a man grasping the snake. Go figure.

“Ophiuchus holds apart the serpent which with its mighty spirals and twisted body encircles his own, so that he may untie its knots and back that winds in loops. But, bending its supple neck, the serpent looks back and returns: and the other’s hands slide over the loosened coils. The struggle will last forever, since they wage it on level terms with equal powers”. ~ Manilius, Astronomica, 10AD

WHERE DID OPHIUCHUS COME FROM?

Well, to answer that question, let’s rewind a bit. 3,000 years to be exact, before astronomers truly understood how the Earth, Sun and stars moved. The ancient Babylonians were incredibly fascinated by the sky, and made a great attempt to try and understand it. They assumed that the changing constellations were extremely powerful indicators for forecasting life on Earth, revealing stories of their gods and decoding ancient myths.

They created the zodiac based on the alignment of the Sun and Earth with various constellations as the Earth made its annual trip around the Sun. Since the Babylonians already had a 12-month calendar based on the phases of the moon, they simply divided the zodiac into 12 equal parts and assigned a constellation to each one. That way, the Sun would appear to pass through each one evenly as it orbited the Earth. Nice and tidy, but not exactly scientific. As we said before, the Babylonians didn’t truly understand the vastness and complexity of the Universe back then. They completely ignored the fact that the Sun actually moves through 13 constellations every year, not 12, for varying lengths of time from 7 days to 45.

The truth is, Ophiuchus has always been around, hanging out by the equator. The Babylonians simply left the big guy out when creating the zodiac. So, on top of the 12 constellations (out of the total 88) we’re all familiar with, the Sun also passes through Ophiuchus for 18 days each year from November 29 – December 17. Today, if the Babylonians were to create the zodiac using all 13 of the constellations the Earth and Sun align with each year, it might look something like this:

But here’s the thing…

Every 72 years, the positioning of the stars and constellations shift by 1 degree (from a geocentric perspective) due to the wobble of Earth’s axis. This means the Sun is no longer in the same place it was on your birthday 3000 years ago and it will continue to shift every 72 years, forever. So, now to address the question many have been asking… 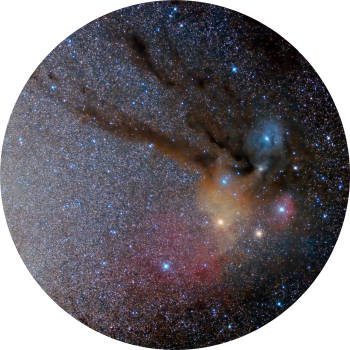 Here’s where we need to set the record straight. Astronomy is NOT Astrology.

The two systems use very different methods. Astronomers look purely at the stars and position of the constellations, while astrologers look at Earth’s relationship to the Sun based on the seasons.

Western Astrology is based on the ‘tropical coordinate system’ whereby the Cardinal signs (Aries, Cancer, Libra, Capricorn) always stay aligned with the equinoxes and solstices, marking the beginning of a new season. The Fixed signs (Taurus, Leo, Scorpio and Aquarius) are always locked in the middle of the seasons, and finally, the Mutable signs (Gemini, Virgo, Sagittarius, Pisces) always occur right before we transition into a new season.

Ancient astrologers simply observed the real-life conditions during these different periods, and correlated them to the 12 existing constellations in the Babylonian zodiac, to create the archetypal Sun Signs we have all come to know and love. These Signs are based on the study of real human qualities and characteristics of people born during different seasons, not stars in the sky. So, there you have it. Ophiuchus, just like all the other constellations, has never been used in the tropical coordinate system that forms the basis of western astrology.

It has become a core part of your identity since the day you were born. It has shaped your romantic relationships, formed friendships, and given you something to chuckle over when reading your morning horoscope. It’s part of who you are, and it will never change.