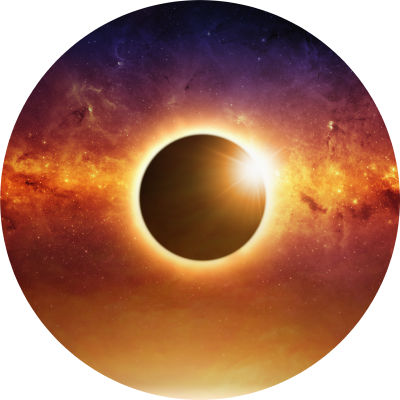 How have you been doing? Have surprises come at you and made you face the changes you need to make? Is your head spinning with details? Are you ready to go forward, but somehow feel stuck? Then you’re right on track. The Lunar Eclipse of the 7th has released its power. It also released powerful emotions, like wondering about Nuclear War and being afraid. Yes it’s big and scary, but it’s only a threat, its not real, and hopefully never will be. But what does an idea like this make you think about? Is your life a good one that makes you happy? If it was the end of days, what would you do in this time allotted to make it better? Fears like this HELPS YOU THINK. Do some serious thinking about how life can turn on a dime, that nothing is forever, and emotions and events are constantly ebbing and flowing. Look at the world through the eyes of emotion. What would you change and how would you feel if that happened? What could you do to make it happen?

Mercury went retrograde Saturday the 12th, so not until Sept 5th is it good to make decisions. It’s a good time to plan and think and be ready, and especially good for finishing up things you’ve been meaning to do. And don’t be surprised when you make a plan and tell yourself this is it, but on the direct motion of Mercury, you could change your plan again. Just go with the flow. Change is in the air, not steady, stable energy. You’re on a roller coaster ride, not a Sunday drive in your car. The aspects of the coming 10 days are fraught with complications too. One day is good, the next not so much, and repeats. Just think of it as a wheel turning, don’t get too caught up in whatever it is, it is temporary and just part of the change energy.

On August 21st, the NEW Moon Full Solar Eclipse is bringing in the new, the unexpected, the different. What was lost around the 7th eclipse will be replaced around the 21st. Now is the Void time. Yes it’s kind of blank and you can’t find a direction, but that’s because this is the time to plan, visualize, manifest your future. Get out a Wish Book and write down the life you want to live, vs the life you live now. Break it down in detail so your Guides can manifest it for you, by sending you in a new direction. It’s the New Moon, its about new directions. Make it happen.

This Eclipse also strongly affects the USA itself. Eclipses were once considered bad omens, and the Sun is symbolic of God, while the Moon represents the Goddess. Wen the Sun is blocked out as it passes over the middle of our country, our life force is cut off. It pushes us to look within, to see ourselves, to show us what we need to fix and the connection we have to God. There could be some dramatic happenings in the Midwest and/or Washington DC. The President himself is greatly affected by this Eclipse as it crosses over his Natal Mars, indicating strife, struggle and even war.

August 21 – Sun+ Uranus Urges You To Become A Free Spirit!

On August 21st, the Sun and Uranus encourage you to be bold and take a chance. Become a true free spirit. On the 22nd Mars and Saturn dance together. Now is the time to create something new, and you have the energy to do it (Mars) and the energy to manifest/build it (Saturn). On that day the Sun enters Virgo, making us less showy and confident and more involved in the details and duty/responsibility.

Tuesday the 24th is a day to stay home and hide under the bed. Its rife with stress aspects all day long. Venus, Mercury (now retrograde and not doing too well), is bumping heads with Pluto, Uranus, Jupiter and Neptune. If you have to go out in the world, just dodge the don’t get sucked into conflict if possible. Also the news in the world can be quite troubling. It’s just one of those days. Breathe a lot. The rest of the month has positive and negative things going on in the same way. The roller coaster continues. The Solar eclipse energy is released, and will be pummeling us until February 2018, but especially for the next few weeks.

Infuse Yourself With Love & Light

Some of world’s activities can be scary, but it can also be magical and beautiful, so remember this is the time to love each other and connect to Spirit. Faith is the point of the change. We ignore our maker and our Guardians and the Angels, and focus mostly on survival. It’s how the dollar became so overwhelmingly important, and it’s almost all we live for. Our Souls are crying out for connection to the Creator, not the the money system in this world. We have deviated from reality, telling ourselves this is reality but it’s really only an illusion that we visit from time to time. Without God/Spirit/Universe, we are adrift and empty. It is time to reconnect, to pray a lot, talk to your Guides and Guardians and Meditate. We need to infuse this world with LOVE, kindness, caring and sincerity. Just walk in the Light and you’ll be a role model for others.