As we say goodbye to July and hello to an audacious August ahead, the New Moon will reach its pinnacle at 8º under the fiery influence of Leo, igniting a passionate Lion’s roar and sending ripples across the planet…

This lunation makes a grand entrance, as Leos always do, and inspires you to embrace a courageous new way of being.

But don’t be fooled, Leo isn’t here to keep you in your comfort zone. Oh no! The only sure thing here is that the most fierce sign of the zodiac will shake things up. Especially if you’re not being true to yourself.

While you might think you know who you are, Leo isn’t interested in entertaining fake beliefs you may hold about yourself. He’s here to shine his spotlight on you and unearth that inner roar buried deep within.

Here are 3 reasons this Leo New Moon will make you rethink EVERYTHING you thought you knew about yourself!

1. This New Moon Awakens A BIG Fireball of Love

Ruled by the Sun, Leo brings an energy that’s hot, radiant and passionate.

The Sun is our fuel, it’s the life-giving force that everything in our solar system depends upon. The planets orbit around it, like moths to a flame.

At the time of this New Moon, the Sun and Moon are both conjunct fiery Leo at 8º, the number of infinite abundance. Um, what?! Yeah, it’s like pouring rocket fuel on your already burning passion deep within…

And, to make things even spicier, at the exact same time, the fast-moving planet of Venus is also basking in Leo’s light at 6º, the number of love.

There’s no Ju-lying about it. Love is taking center stage this week.

But we’re not talking about a fleeting kind of love. Oh no, this is far from a cute and flirty encounter, emotional fondness or teenage crush. This love is all-consuming…

The New Moon in Leo is an invitation to step into the ooey-gooey molten center of that fireball. To open up to the heat, to see what it’s like to live (and love) from that place of such intensity…

To manifest with a burning intensity you haven’t felt in years.

Firstly, self-love is where its at. Leo knows that you cannot pour from an empty cup. To be a beacon of love – to offer it, truly, to the world – you must first nourish it within yourself. So set intentions for self-loving behavior. New Moons are the perfect time to do this. Promise yourself you’ll honor your needs, your body, your own heart. Under the gaze of this new Moon, these kinds of loving intentions will gain real buoyancy.

Secondly, Leo is a sign that believes in connection, in softness, in heart-felt tolerance and understanding. When you begin to perceive everybody as an equal, as a companion, as an ally in your life, there is a sense of ease that washes over you.

No need to compete.

No need to win.

No need to be better than, or more than.

Some people mistake Leo’s center-of-attention tendencies for grandiose self-centredness. But it’s not that… Leo simply knows how to BE the example. And under this New Moon, we’re all being asked whether we’re willing to be the example too.

Are you living in integrity?

Are you living fairly and honestly?

Are you willing to stand up and be counted for what you believe in?

2. This New Moon Unleashes The Creative Side You Never Knew You Had!

Uranus in Taurus Square Sun, Moon and Venus in Leo

The guiding light of this New Moon is creativity.

This means true self-expression, not as a way to entertain, but as a way to embody the primal manifestation force of the Universe. (This is the real reason we all find Leos so darn mesmerizing to watch!).

A Sun/Moon/Venus square to Uranus at 6º of Taurus pulls out all the stops of originality. Creativity isn’t only about pens and paint. Sure, this is a direct line for some people, but you don’t have to be an artist to flex your creative muscles. It takes bravery to loosen the shackles, that the human-made world places around our ankles, but Uranus busts them open! Leo brings in the creative solutions to do so… and the courage to put them to work…

This Leo Moon places unlimited creation power in your hands. It is about creating your dream life with every breath you take, whatever you happen to be doing. What will you create with your newfound power?

3. This New Moon Ignites Your Voice!

It probably feels near impossible to shake off the heavy Capricornian energy that’s been drenching us since the start of the year. The lunar eclipse in Capricorn a fortnight ago asked a LOT of questions around personal power, legacy and established structure. Plus, the Saturn/Pluto/South Node conjunction in Capricorn sustains its stronghold over the skies, and it will do until early next year..

But the fixed fire of this New Moon is inviting you to plant a seed for something else.

On the very same day that this Leo New Moon hits, Mercury, our favorite trickster planet of communication stations direct, after its 3-week backspin through the skies. Finally, the forward-momentum we’ve all been missing kicks off again.

What intentions will you give voice to? What words will you weave into being?

For the New Earth to grow up around us, it needs your conscious participation, not a silent audience sitting on the sidelines!

Leo asks for your input. Your unique expression. Your voice. Your passion! It’s time to ask yourself: What is YOUR meaningful contribution? Who will you become?

Are you ready to consciously create with the Cosmos? The incredible firepower of this New Moon makes it one of the most magical of the year. Don’t let its power slip from your grasp. Click below to get your New Moon Manifestation Guide now. 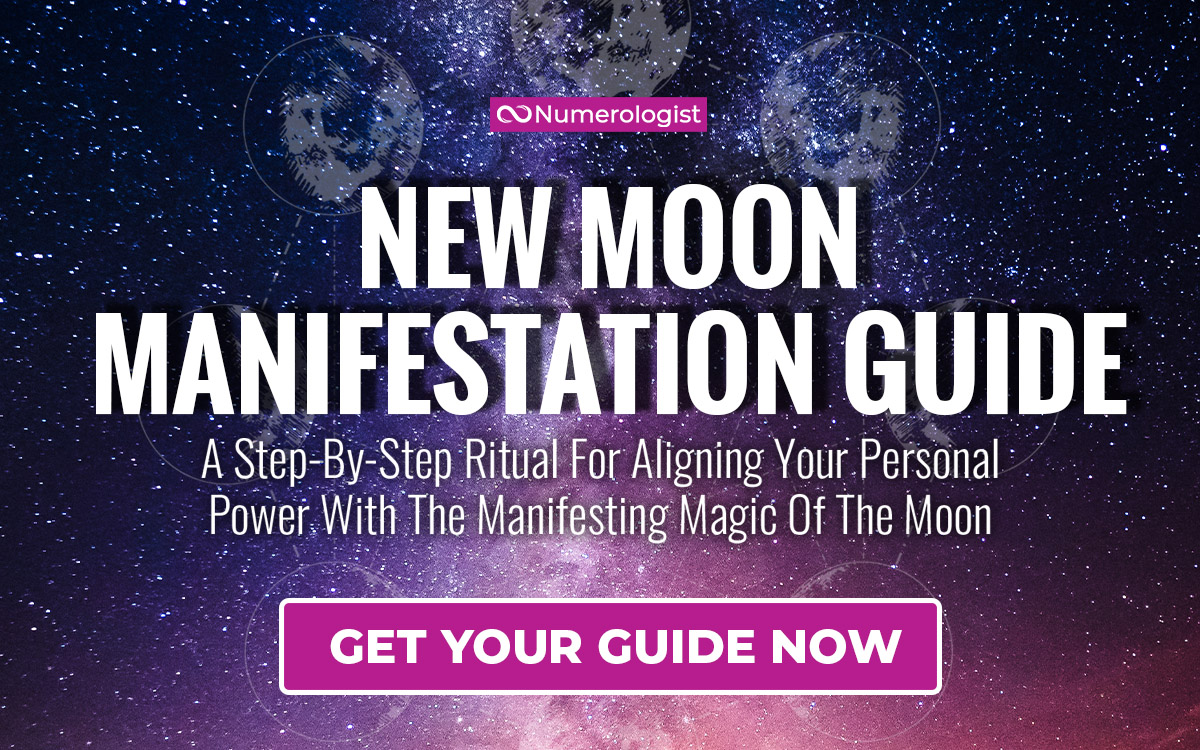 WHO ELSE WANTS TO MANIFEST LIKE CRAZY THIS NEW MOON?

Click YES below to get your New Moon Manifestation Guide & discover the single most powerful New Moon Ritual for consciously creating your dream life.