What do wolves, lions, and YOU all have in common? I’ll give you a hint… it has something to do with the upcoming Full Moon. We’ll talk more about that in a minute, but first, let’s talk about the logistics of this Full Moon a bit… This powerful, proud, and fierce Leo full moon will be peaking in the sky at the following times around the globe:

Now, a word to the wise… this isn’t an ordinary Full Moon… this is a LEO Full Moon. A dynamic and powerful Full Moon that only comes once a year. Its presence demands attention… it’s magnetic, captivating, and yep – the center of everyone’s attention. Now, I know that Leo’s get a bad rap for being dramatic and self-centered… but I think it’s high time we flip this narrative…

I mean, since when was concentrating fiercely on your desires, expressing yourself unapologetically, and staying true to your heart… a bad thing? Come on now, it’s not bad at all… and in fact, it’s something that most people aspire to do on a regular basis.

So maybe this Leo Full Moon will awaken your selfish side… maybe you’ll be focused on “the self” and your own desires, wants, and needs… But isn’t it about damn time that you focused on YOU for once? (the correct answer here, is YES!)

But the lion isn’t the only warrior energy that this Full Moon is channeling… The January Full Moon is also commonly known as the Wolf Moon. Strategic, expressive, and hungry.

So… what do wolves, lions, and YOU all have in common?

The wolf and the lion are brave… they’re alphas, always going after what they want (unapologetically), they’re fully in tune with their power and greatness, and they survive on their strengths. Now, this is the good part, because it’s where YOU come in… You too are brave, fierce, powerful, great, and strong… you too deserve to have what you want (unapologetically). And this Leo Full Moon is BEGGING you to step into your power, step into your spotlight, and reclaim your alpha title.

But the real question is… isn’t it considered selfish to do that? The Merriam-Webster dictionary defines a selfish act in two ways…

Sounds pretty bad… but let me ask you this, do you consider the lion selfish? What about the wolf? I didn’t think so.

Here Are 3 Ways You Can Awaken Your “Selfish” Power This Full Moon:

The first (and arguably hardest) thing that any good selfish person does is cutting ties with the things and people that bring toxic, negative, or unwanted energy into your life. This might be controversial… but just because you’re family with someone does not mean that you need to keep them in your life! If their presence lowers your vibration and makes you miserable, then it’s time to say GOODBYE. And there’s absolutely no reason to feel sorry or shame about that.

This also goes for negative things or habits in your life. Yes, I’m talking about that drinking habit you know has gotten out of control, or that mindless social media usage that has been depleting your energy… Looking after your mental health and energy is the best gift you can give yourself. And trust me when I say that eliminating those negative energies, people, things, and habits from your life won’t only improve your quality of life, it will also improve the lives of those in your vibration!

On the opposite end of the spectrum… stop saying “no” to the things you actually want to say “yes” to. I mean seriously, why do we torture ourselves in this way?! You’ve spent your whole life tip-toeing around people’s feelings, judgments, and comments… avoiding that promotion in fear of losing a “friend” at work… not asking that person on a date in fear of rejection… not going out with your friends in fear of upsetting your spouse… not saying what you feel in fear of hurting someone’s feelings… and the list goes on.

Stop muffling yourself, stop holding yourself back, and stop caring so damn much about what other people think or say about you… As the saying goes, “the wolf doesn’t lose sleep over the opinion of sheep.” In other words, you’ll never be able to make everyone happy, so choose to be brave enough to make yourself happy.

#3. Bring It All Together With This Practice…

Now you’re going to put yourself to the test with this very simple daily ritual. Every night before you go to sleep, you’re going to make two lists. The first list is going to be of all the things that make you happy, don’t overcomplicate this… it can be as simple or as complex as you want. Some of mine are coffee, musicals, plants, and reading. The second list you’ll make is of all the things you did during the day, the one is pretty straight forward. Okay now that you have your two lists, you’re going to cross-reference them… seeing how many things overlap on both of your lists. The first time you do this, I BET you will be vastly shocked and disappointed in how few things on your “happy” list actually made it onto your “did” list. Keep doing this practice until you no longer have to think about “fitting in time” to do what makes you happy.

So go on… be “selfish”, roar like a lion, howl like a wolf, dance naked under the Full Moon… Whatever you do, remember to stay true to yourself, always. 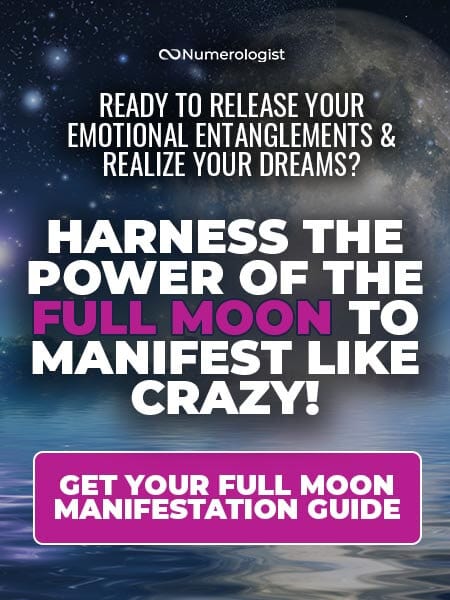 Comment YES below if you’re ready to awaken the “selfish” beast within.

WHO ELSE WANTS TO MANIFEST LIKE CRAZY THIS FULL MOON?

Click YES below to get your Full Moon Manifestation Guide & discover the single most powerful Full Moon Ritual to release your emotional baggage and realize your dreams!