Every galaxy spins around a black hole.

Our galaxy – the Milky Way – spins around a super-massive black hole, which is where all the stars you can see in the sky have come from. It’s where our Sun and all the planets, everything, in fact – you and me included – have come from. This dark point is the birthplace of it all: The ultimate cosmic womb. It’s known as the Galactic Center and falls at 27º of Sagittarius.

On June 17, the Full Moon in Sagittarius hits. At 27º of Sagittarius. Let that sink in for a moment. Our Sun (at 27º of Gemini), little old us on planet Earth, our glorious Moon and the Galactic center, womb of the galaxy all aligned, straight as a post. There are no twists and turns in this geometry, no odd angles or tricky corners. Gaze at the Full Moon on the night of the June 17th, and you’ll be looking straight into the birthplace of it all. 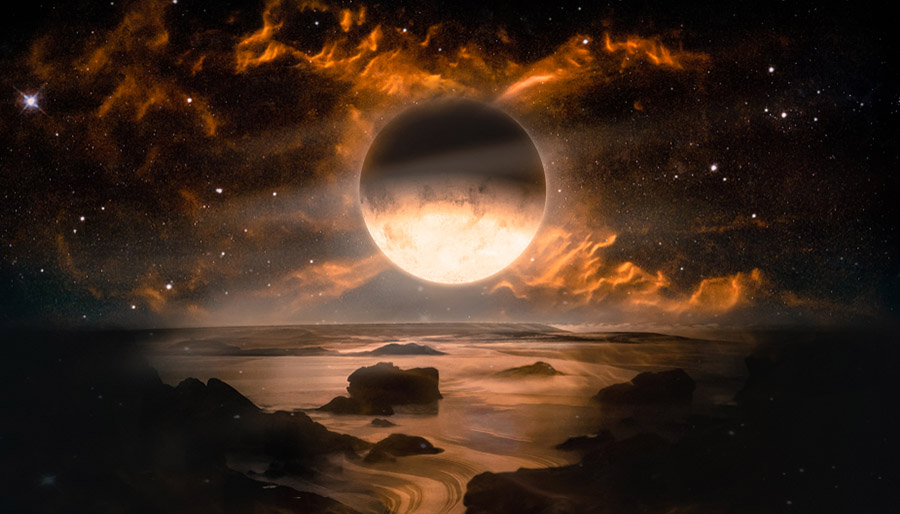 PinFULL MOON IN SAGITTARIUS JUNE 17, 2019, IN YOUR TIMEZONE

So let’s break it down a little – what does this astrology actually mean, for you?

Sagittarius, the sign in which this Full Moon sits, is the truth seeker of the Zodiac. Endlessly questing, this sign makes us curious (not unlike its polar opposite, Gemini). But it’s not social, gossipy chit-chat that Sagittarius is curious for. It’s the deep truths of the Universe, the moral codes and unwritten laws that hold this whole party together. So, because 27º of Sagittarius is the degree of the galactic center, the origin, it makes a whole lotta sense that this degree activates our inner yearning to get back there. To understand what it all means. This is a philosopher’s playground.

Let’s add a Full Moon into the mix. 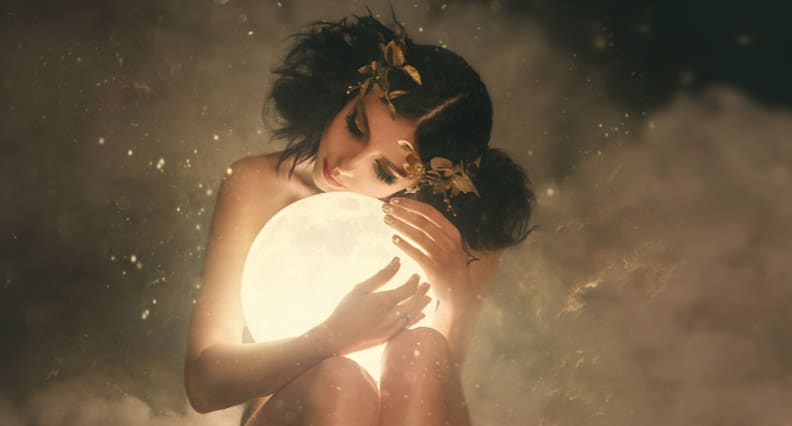 PinWithout a light source of her own, Luna is actually the Dark Goddess.

It’s the Sun that lights her up and makes her visible. And here at her full Moon phase, she’s wide, wide open: everything bared, nothing hidden at all. Which means at this Full Moon conjunct the galactic center, you’ll likely come to realize things that were previously concealed from you. Information hidden in the swirling dark, in the void places: information you’ve been waiting on, information you probably never thought would come to light.

If you’ve been keeping secrets, you better brace yourself to let them go.

A Full Moon conjunct the Galactic center is no walk in the park, energetically speaking.

The galactic center emits a super-strong radio signal known as Sagittarius A*, but nobody quite knows what causes it. What IS known, however, is that it defies the laws of physics. Which means that the instruments astronomers and astrophysicists use to measure this black hole aren’t actually even able to see what’s there. 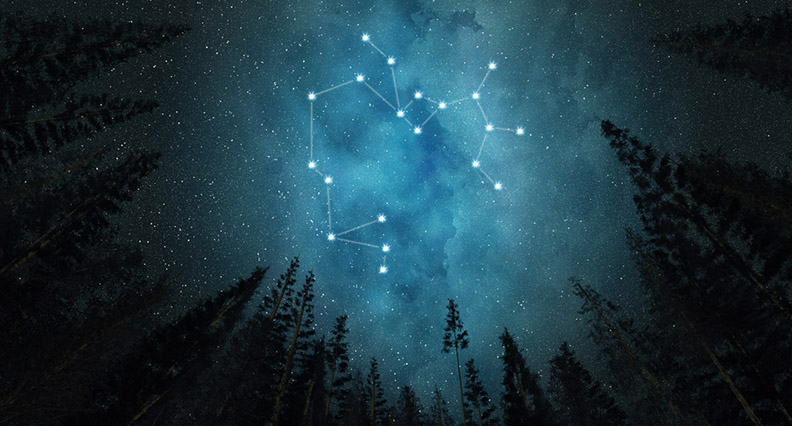 PinThis point in space emits unspeakably high-frequency energy. So when astrologically activated, and a geometric alignment is created, you better be prepared to feel it.

You may find it difficult to sleep. You may feel restless (there’s that Gemini energy again) or feel hot, dizzy or any number of other physical sensations. Ascension flu symptoms could flare (see here for what that means). OR… maybe you’ll feel nothing out of the ordinary, which BTW isn’t a sign that its effects are bypassing you. This is a hugely activating Full Moon, and it could well be working through your in other ways.

Just be vigilant. And take care of your health and yourself.

As the origin of the galaxy, the Galactic center contains the seeds of everything that is, was and will be, for us. So this alignment will likely bring hits of knowing, intuitive insights and out-of-the-blue “aha” moments. And because the Moon is at play here, don’t expect these breakthroughs to make logical sense. The Moon’s energy is feminine, flowing and wise in ways that the mind doesn’t always understand. So put that monkey brain to bed, and trust what unfolds before you.

This Full Moon is sandwiched by a couple of Mars oppositions that will likely flavor what you’re actually doing during this phase. 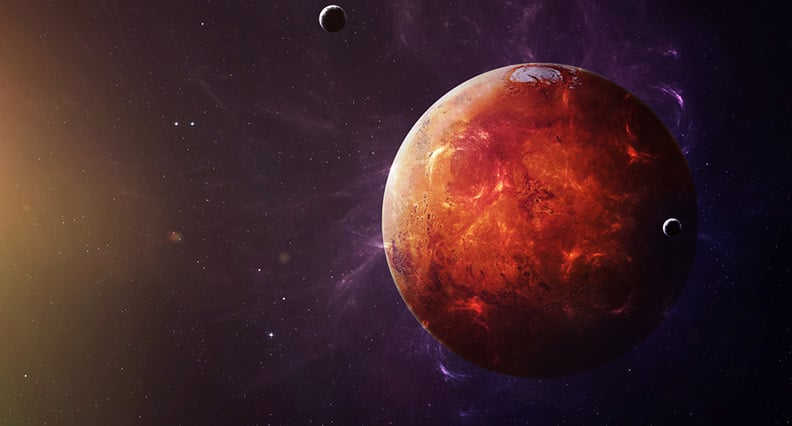 On June 14, just a few days before the Full Moon is exact, Mars at 18º of Cancer opposes Saturn at 18º of Capricorn. Now Mars can struggle in Cancer (see here for a collective Mars in Cancer horoscope). And with the Moon – Cancer’s ruling planet – close to being fully activated, heightened emotions could send you into a spin. Yet Saturn is home and dry in sea goat Capricorn. So, use this aspect wisely, and you’ve got a heady combination of time-lord Saturn’s steady discipline, plus the strong, fierce, emotional fire-power of Mars in Cancer.

What does this mean? It means you can push for what you want. Be strategic. Make plans, execute them, march, demand change, weave some real progress through your life, most likely via your work in the world.

A few days later, on June 19, Mars moves on a few degrees to 22º of the Zodiac sign of the crab, to oppose Pluto (currently moving retrograde), at 22º of Capricorn.

Whatever you had your sights on before the Full Moon, will now likely take you a whole lot deeper. Pluto brings focus and determination to the table, plus a primal force that’s rarely seen. So make sure you DO something. Use the surging creative power of this aspect to be brave. Let your heart guide you and your madness seep through (we’ve all got a slightly crazy, creative genius lurking within, right?!)

What’s YOUR Work in The World?

It’s no coincidence that this epic Full Moon sits between such a potent mass of Mars activations (astrology doesn’t DO coincidence!)

The work Mars is calling you to do, during the second half of June 2019 will be intimately guided by what occurs for you during this Full Moon. By what you see, feel and come to realize. The skill and the work required of you, is to balance the feminine calling of the Moon and the Galactic womb beyond, with the masculine firepower of Mars and his unavoidably confronting oppositions.

Can you step up to the game?