Unless it’s a Full Moon, or a New Moon, or an aspect that directly activates something in your natal chart (i.e. it hits you hard!) a lot of Astrology can just sail on past…

On January 12, 2020, Saturn and Pluto will come together in Capricorn, exactly conjunct for the first time in 34 years.

Saturn and Pluto have two of the solar systems fiercest planetary personalities, so a Saturn-Pluto conjunction is big news.

Let’s dig in a little…

Saturn is the mythological father of time. He’s the ticking clock, your toe-tapping parent standing at the door, waiting for you to get. He puts the limits on fun and frivolity, instead creating the framework for self-discipline and solid hard work.

Transiting Capricorn – it’s home sign – since December 2017, it’s own qualities have been enhanced since then. And will be until it exits, entering Aquarius in December 2020.

Saturn is your reality check.

He sets your boundaries, and like it or not… boundaries are actually what most of us need to get anything done.

So comes as no surprise that this planet rules over the spheres of government, business, and the economy, as well as traditions and legacy.

Pluto, on the other hand, isn’t as rigid and grounded in the 3D realm. No, Pluto is concerned with the deeper, unseen parts of the human story.

Nothing stays hidden for long when Pluto is wielding his influence… which makes him an often unwelcome visitor – he’s the one who makes you look yourself (and your demons) in the eyes, unblinking.

Pluto transiting Capricorn has been going on since January 2008, and will continue until early 2026. So this area of life – the systems, structures, and societal set-ups that come under Capricorn’s influence still have some way to go before Pluto finishes its work here.

If these power-players on their own don’t seem a barrel of laughs, then you’re right.

Yet together, forming the much-awaited Saturn-Pluto conjunction on January 12, with their energies blended as one… what in the world are we in for?! And more importantly, how do we cope?! 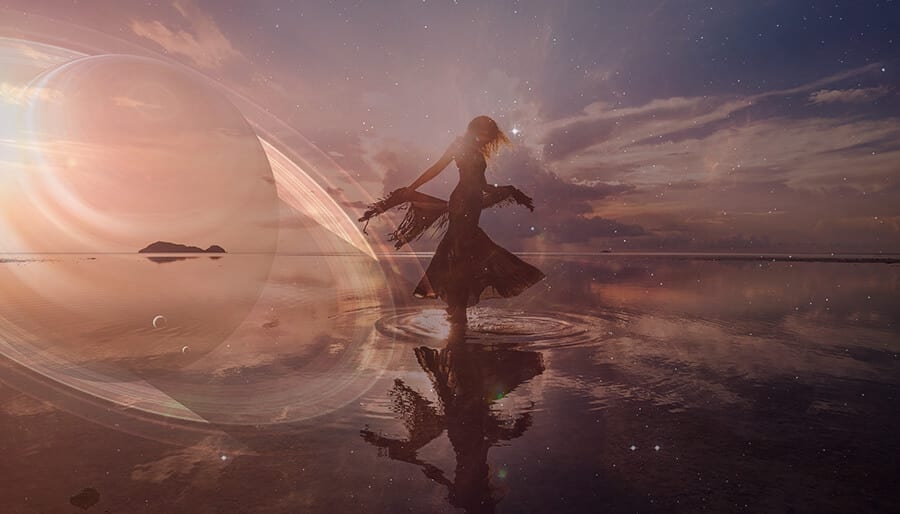 Ok, there’s no skipping around it: Saturn conjunct Pluto will feel like a squeeze. It already does – it’s likely you’ve been feeling the impact of these two power players moving closer together over the past few months.

Even when nothing specific’s cramping your energy field, it still feels like a contraction.

It’s normal. Just ride it out.

Saturn asks a lot of us all. We’re only human, after all.

Work, routine, deadlines, accountability.. there’s rarely a let-up when this planet’s watchful eye is on you. And here conjunct to Pluto, the depth we’re being asked to plummet to could feel like waaay too much!

Yes. But you can do this – whatever drilling down this exact conjunction is asking of you (and has been asking of you) is within your power! This astrology is an opportunity to grow. So do the work.

Yet here in earth sign Capricorn, the arenas that these planets are playing out in are work, hierarchy, government, rules, regulations and systems of control. And whilst Saturn symbolizes all of this being upheld, Pluto is simultaneously working to dismantle it.

This not-so-subtle force has been working its way through the collective for some time, but will intensify on January 12.

So watch out for political leaders grappling for control, as their PR machines go into overdrive. If news stories seem a little too far-fetched to be true, it’s probably because they are. Don’t let yourself get manipulated, as others try to keep hold of the power that’s not theirs to keep.

On a personal level, watch out for this energy pattern sweeping through your life too.

Keep hold of your power.

Yet… if something has power over you, then this is going to be a very good opportunity to let it go. A habit? A memory? A bad relationship? Let it go.

As the karmic King, an activated Saturn often shows up places where power has been abused, and control exerted unfairly. Here in Capricorn conjunct Pluto, it’s a given.

So if and when people topple from great heights, their misadventures laid bare and corruption revealed (hello Pluto) – and YOU are included in this – hold them with compassion.

We are ALL expressions of the divine.

We are all experiencing something necessary not just for our own growth, but for the growth and evolution of humanity as a whole.

So avoid making a spectacle, avoid “I told you so” attitudes. And hold everyone in a space of compassion. Lessons will be learned under this Astrology. So let them be learned, so we can all become our best selves.

Deep in the underbelly of humanity, where the darkest shadow lurks, and where Pluto makes his home, are also to be found the seeds of regeneration.

Satun conjunct Pluto will likely feel like you’ve been put right through the mill. The juice has been squeezed out of us all this year! Yet just like the symbol of Pluto-ruled Scorpio: the phoenix, who burns to ash before being reborn, it’s in this place of being totally spent, that we get to be reborn too.

This Astrology is a launchpad.

It will show you exactly how much resilience you have.

How strong you are. And what your gifts are to the world. And isn’t it time the world got to see them?

Share with us in the comments below what you’ve been squeezed through this year. What has the Saturn-Pluto conjunction been asking of you over the past couple of months? And how have you ben stepping up to meet it?

Horoscope: These 3 Signs Will Be Able To Manifest Their Dreams This Week
Horoscope: A Quick Insight Into This Week's Biggest Opportunity For Your Zodiac Sign
Hurrah! Saturn Stations Direct - Here Are 3 Super Simple Ways to Get Back on Track! (Oct 10, 2021)