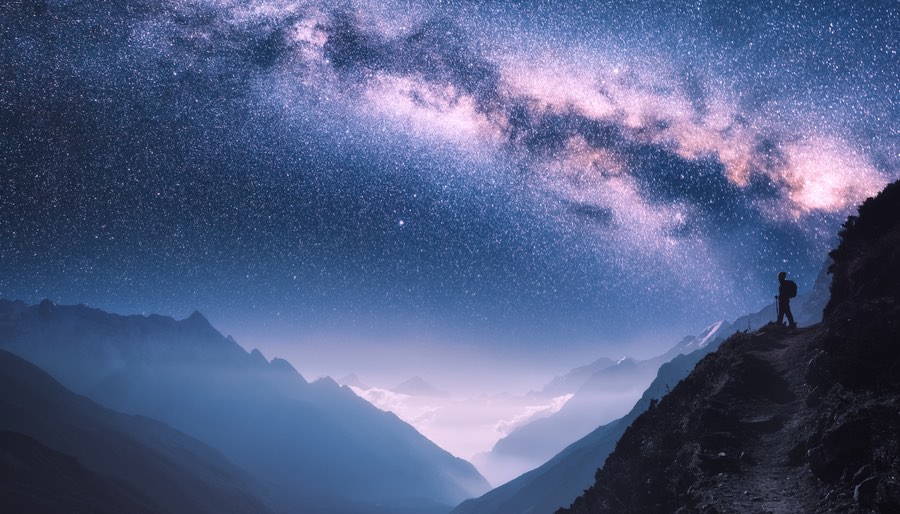 The first New Moon of the year always falls in the sign of Capricorn – here we are in Capricorn season, so when Sun and Moon are conjunct here, regardless of your personal astrology, you are sharing in the grounded, earthly and stable qualities of the trusty sea goat.

But that’s not all. At the time of this lunation, 5 planets are also sharing space in this, the 10th sign of the zodiac. Sun and Moon are met by Saturn at 11º, Pluto at 20º and speedy Mercury which has just joined the party at 1º of this same sign. This abundance of rooted, earth-based, practical energy is something we’ll have to get used to – 2019 is set to be the year where the Capricorn/Cancer axis comes into focus and the themes of these signs are rippling through all of our lives, making waves as big as we let them.

Rooting to Rise: Harnessing the Abundance of Capricorn Energy

You probably recognize a Capricorn when you see one.

This New Moon is dripping with this steadfast, masculine energy.

New Moons always usher in new beginnings, they invite us to start afresh with new intentions for the cycle, and in this case, thanks to the presence of SO much of the sea-goat’s influence, for the year, and beyond.

But don’t rush into making your plans.

Capricorn invites honesty, realism, and truth. It asks us to strip away all the trappings of everyday distractions and of ego desires, the stuff that distracts us daily and causes us to forget ourselves. The intentions you’re being urged to set with this New Moon aren’t whimsical, throw-away wants and desires. This New Moon wants you to root down deeper and set your sights higher.

Forget others’ expectations, and the unconscious momentum of society and convention for a moment, and feel further into your core self, your eternal self.

From here, ask yourself, where do you want to be this time next year?  Or in five years time?  Or even 10?

These aren’t easy questions. You may not even be in a space to know the answers yet, but you are in the best place to begin the climb to the top.

As one of the 4 cardinal signs, this Capricorn Moon carries the energy of initiation, investment and of pioneering, ambitious moves – you have everything to gain right now, we’re standing on an incredible springboard! So use this New Moon to set intentions, long-term, far-reaching, honest, investments into your future. And the future of the collective – we’re all in this together.

There is a pair of gently moving points in space called the north and south nodes, which are where the Moon’s orbit crosses the Earth’s ecliptic.  When the Moon crosses a node, (slicing exactly in between Earth and Sun) an eclipse occurs. This is one of those times! Eclipse energy is unpredictable, erratic and very often wildly transformational. All things Capricorn is not. The steady, grounded energy of this sign likes to know – and control – what’s coming. So this eclipse, and its effects, as they inevitably reverberate onward through space and time could come as a bit of a shock.

The changes eclipses usher into our lives are always course corrections – the cosmic clock doesn’t tick in reverse, so let life flow around you. Plan for the best. Accept what comes. And, there are a few simple things we can all do, to prepare and ground during this cosmically critical time. January 21st will see a total Lunar eclipse at 0º of Leo, so the next fortnight could be pivotal for you.

So don’t be too quick off the springboard.

The direction that you need to take, to follow that highest path that your core self is waiting for you to find, may not be revealed right away. Let the Universe re-shuffle and reshape itself around you a while longer. Sow your seeds of long-term intent, let them root down deep, and they’ll weather any storm.

(And share with us YOUR intentions for the New Moon and this New Year, let’s make it happen together!)