This Capricorn Full Moon Lunar Eclipse Will Give You Strength To Stand In Your Power (July 4/5, 2020)

By The Numerologist TeamJune 28, 2020 Astrology

This is another big lunation that has the potential to knock you wildly off course… and then set you back down exactly where you need to be. Even if it doesn’t quite feel like it. So hold on tight, and let’s get started…

Eclipses come in pairs. They appear out of nowhere, to open and close a portal in our collective astrology, creating windows of change in our timelines, that beckon us through.

But eclipses don’t tempt us with the promise of sweetness and honey (though that IS what they’ll bring if we let them). More likely, the changes ushered in by eclipse energy feel like squeezing discomfort. 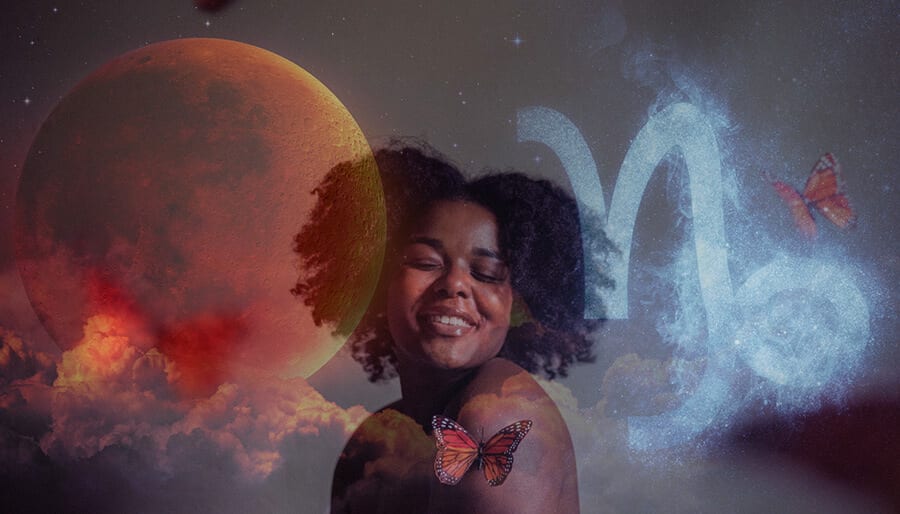 Their effects can begin up to a month before the moment of the eclipse, and ripple on for a full 6 months afterward. So here we are, in the midst. And still close to the beginning of what will be.

BUCK MOON ECLIPSE: ILLUMINATING THE PATH TO OUR KARMIC CYCLE

As a fitting climax to this year’s first Eclipse Season, July 4th (or 5th, depending on your timezone) not only experiences a partial penumbral lunar eclipse but also a Full Buck Moon.

Unlike the “Ring of Fire” solar eclipse that arrived in the summer solstice at zero degrees Cancer, the Buck Moon eclipse drifts into the Earth’s shadow for a few hours at 13 degrees 35 minutes of the Zodiac sign Capricorn and clashes with Mars in Aries. It goes against Mercury Retrograde in Cancer and aligns with Uranus in Taurus.  This brings the culmination of the nearly two-year-long eclipse series Cancer-Capricorn series, where life-changing karmic events are going to close one cycle of our lives, both individually and collectively.

The third eclipse in five weeks, it will be the last eclipse in Capricorn until 2028. The main influence of this eclipse will be the South Node in Sagittarius. The dark and potent point in space, invisible at any other time except during an eclipse, holds the key to humanity’s karmic past. So unlike that solar eclipse, which urged us onward, fast-tracking us into a forward-focused future, this Lunar eclipse is slowing us all down.

Think of a lunar eclipse as an extra-powerful Full Moon

Full Moons are illuminators. They shine a light on shadow, they form a spotlight, a highlight that’s visible through the density of everything else going on. But Lunar eclipses go further. Their probe is deeper. The level of detail they reveal is so much more than a regular Full Moon.

Ready to stand in the spotlight & embrace your lunar potential? Get your Full Moon Manifestation Guide Now!

In Capricorn, this lunar eclipse has its focus firmly set on power, status, hierarchy, and your worth in the world. This eclipse wants you to think long and hard about your values, your work, and the container you’re creating for your own sacred energy to flow within.

This lunation is ruled by Saturn, also in its home sign of Capricorn. So flavored by the old cosmic father of time, limitation and structure, likely your initial answers to questions like these will be limited and structured. (If you’d asked those very same questions under the influence of the Moon in Cancer, two weeks ago, I’ll bet your answers would be poles apart from today). This strong, Capricornian energy doesn’t encourage thinking outside of the box. And right here, right now, we don’t need to. Instead, the South Node wants us to look around us, and see, quite simply (and very clearly) WHAT IS. 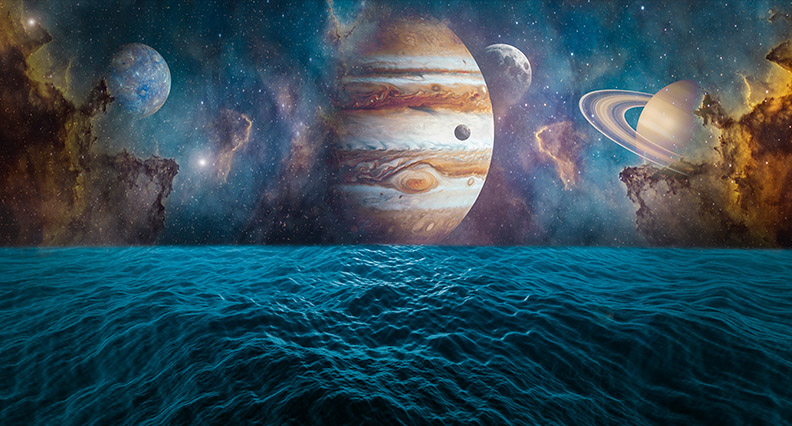 Because the South Node brings an energy of release. Of letting go, and leaving behind. But unless we’re able to each see where we currently stand, we cannot see what needs to go.

Also, the lunar eclipse is likely to affect the 11th house in your birth chart. This is the house of elder brother and gains. At the financial front, the planetary equations may remain good and inflow is likely to remain positive. So, utilize this period to make systematic investments for financial security. Additionally, you may be able to put more efforts to reap more benefits. At the professional front, you may get an opportunity to win the trust of senior officials due to your skills and intelligence. You may get excellent results through your creative activities. Expansion in your professional circle is also foreseen.  At the relationship front, you may have clarity about your relationships. This phase is likely to help you strengthen your bond with your life partner and family members. Furthermore, avoid junk foods and maintain a healthy lifestyle in order to stay fit and fine.

Moon Conjunct Pluto: Be Prepared to Feel all the Feels

The deep excavation is supported by Pluto tightly conjunct the Moon, at 21º of Cap. When the Moon and Pluto come together, deep feelings often emerge. So be prepared to feel all the feels, especially unexpected emotions connected to the past, and to events you thought were dead and buried. Perhaps you’ll find that just little more healing that needs to take place, before you can truly move on?

If you needed another reason (or five) to move a little slower into the waning lunar phases, be reminded of the 5 planetary retrogrades spinning through the skies right now.

There is very little reason to plough ahead as eclipse energy peaks this week. Instead, it’s time to figure things out, let yourself bask in the Moon’s spotlight, and see what emerges from the depths.

South Node energy is healing. It can be a soothing balm or a tricky unraveling of matted threads. But it never appears at a time when it’s NOT needed. Look up, beyond the perimeter of your personal experience at the time of this lunation, and you’ll be reminded of just how much the human collective needs to release the grip of its patriarchal programming.

Represented so strongly by the Zodiac sign of Capricorn, the cleansing effect of this eclipse will loosen the knots. For you, for me, for us all.

It’s time for the divine masculine to rise.

Overlaying the (already intense) geometry of the skies, is Mercury in Cancer square (9°) as well as Mars in  Aries (2°).  Personal relationships can suffer under this influence, but other areas of life also can be problematic. The dance between Mercury and Mars leads to rushed thinking which can make you short-tempered and aggressive. You may jump to conclusions, rush your decision-making, and say the wrong thing. Hold your rein! This is not a good time for making important decisions or entering into negotiations.

Together, these planets encourage us to tap in

They encourage us to listen to our higher selves, and to the whispers of a future we can’t yet see, but are beginning to imagine.

As the eclipse moves in to shatter and dispel, Jupiter and Neptune also move in to form the rainbow ladder to beyond. It’s there. There is a plan, a way out, a way forward.

You may not see it yet (It’s not the job of a South Node eclipse to show you what’s coming next) but be assured it’s there. If you DO want a glimpse, enter into a higher frequency. Meditate. Practice. Use Jupiter and Neptune to climb up and take a look.

Are You Ready To Stand In Your Power This Full Moon?

Discover how this step-by-step ritual will align your personal power with the manifesting magic of the moon!