April 2018 Astrology Forecast: Uranus & Pluto Get Wild So Buckle Up! 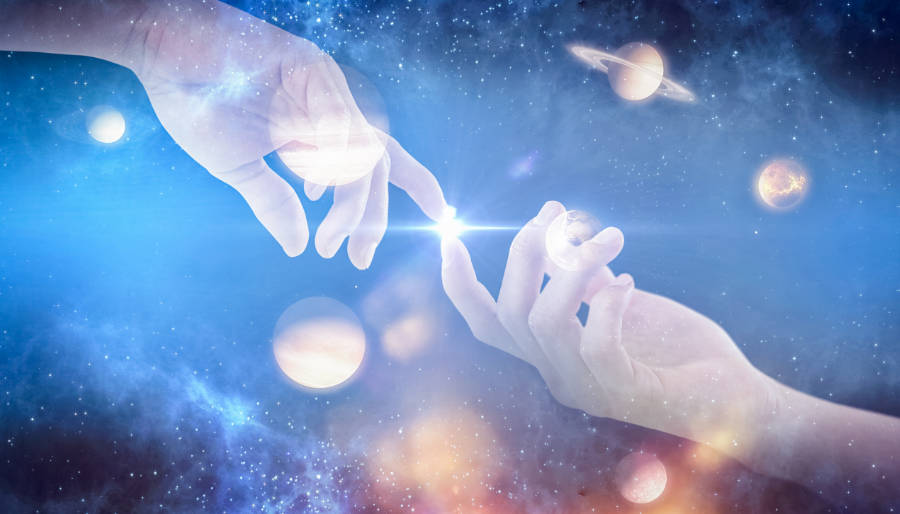 Uranus is the planet of revolution. It’s why you see so much protesting around the world. For eight years Uranus, the sign of genius and creating new concepts, ideas and inventions in Society, Science and Tech, has been sparring with Pluto, the Guardian of power and the status quo. Uranus has pushed Pluto to see he is protecting corruption and to shake things up and he has won – Pluto is seeing the flaws in the status quo and is about to upend a lot of people and institutions of power to make things right.

So get ready for lots of upheaval…

Pluto is in charge now and he is the Destroyer, he will take it down so it can be remade. He is the Phoenix who creates the ashes and rebuilds.

The next 3 years are just riddled with changes.

Your head is going to spin. And Saturn, who has just moved into Capricorn, has joined Pluto there for 2.5 years, and he too is making changes, seeing corruption and making it all right again by tearing things down in order to rebuild. Pluto and Saturn together are PERMANENT change, so buckle up. The next three years will be the tearing down, and in 2021 the rebuilding will begin.

It’s also time to rebuild yourself. Look at your flaws and weaknesses. Now is the time to eat better, exercise regularly, build good habits like kindness, politeness, generosity, and heartfelt living. It’s time to become more spiritual, more grateful and more involved in the change. Pick a side and fight for justice and to end corruption.

Mercury is also retrograde now, and will be until April 15th, so our minds are a little fuzzy and we may get tired more easily. Give your mind and body a break and slow down now. Its a great time for cleaning (closets and garages), naps are good, calling old friends up to chat, but starting big new projects not so good. You might put up a lot of effort, only two find you’ve gotten no where. Just chill for a while. By April 20th things will be moving along nicely again.

Saturn is now in Capricorn, its home

It is potent now as it hasn’t been home for 28 years. Saturn is matter – your body, your house, your planet. He is very, very important and extremely serious in all he attempts. He rules money and banks, and he is honest and forthright. Coming home to find so much corruption in banks and stock market and institutions is really making him mad.

He, like Pluto, is going to destroy in order to rebuild. He is going to reform banks and institutions and make them honorable again, so expect a lot of heads to roll all over the place and things we take for granted as stable and secure to be quite volatile and uncertain.

It’s not a good time to spend foolishly and get in debt.

Pay cash or wait. Maybe even put some money under your mattress. But when the reform is done, banks will again be boring, non-risk taking stable institutions we can count on, honest brokers telling us the truth and standing behind their word.

Mars and Venus are both in Earth signs, Capricorn and Taurus, making us more sensuous and looking for the real thing. Its also a good time for pleasures like great food, spa’s, candles and incense. Set the mood, even if its just a good mood for yourself.

This is a time to rebuild vs new construction. Its time to shore up what is working and make it more sound and stable. In Sept you can start the new ideas, but for now its time for making things solid. Fix your roof, check the plumbing, get a check up, change your habits for the better, so your body and mind have a strong foundation. This time is for shoring up what you have and making it even better.

On April 15th not only are your taxes due, but it’s a New Moon in Aries, the first sign of the Zodiac. Every month there is a new moon, opening the door for new starts, new ideas, new resolutions. The new moon in Aries, the start of Spring, is especially potent. Make wishes and write them down. Make plans (but wait til after the 20th or so when Mercury is direct to implement them). Aries is courageous, adventurous and bold – make wishes along those lines. Do something bold, take chances, make a move. The Farmers Almanac tracks the Moon’s movements for planting and new moons are for new seeds. Farmers have done this for thousands of years for a reason. It works!

As you can see the month is lot of introspection and clearing-cleaning up.

It is important work so take it seriously.

Next month we will talk about Uranus leaving Aries after 8 years and moving into Taurus, a total energy shift from Fire to Earth. Uranus will actually aide Pluto and Saturn in the coming changes, by being more grounded and making our new ideas take form.

Have a wonderful April, and see you soon.